The oilsands business has seen takeovers unfold this decade near the top and the bottom of the price cycle.

Now, the sector is seeing a takeover bid driven, in part, by the deeply discounted prices squeezing Canadian heavier grades of crude and the companies that produce it.

“You have got M&A that’s being driven … not by the absolute price environment, but the differentials,” analyst Jennifer Rowland with Edward Jones said Monday.

“It seems like Husky, understandably so, is trying to buy MEG at an attractive price, at a time when their back is against the wall because of what’s happening with the differentials.”

The unsolicited offer comes as Canadian oil production is rising and pipelines are full.

These forces have widened the price spread between Western Canadian Select (WCS) heavy oil and benchmark West Texas Intermediate crude to well above US$30 a barrel in the past month.

In an interview, Husky CEO Rob Peabody said he approached MEG earlier in the summer to make an offer but was rebuffed.

This led to Sunday’s hostile cash-and-stock bid, which includes assuming about $3.1 billion in debt and is valued at $11 a share.

MEG Energy has attractive assets, but “the flaw” in its business model is to remain a pure upstream producer without downstream or midstream assets to maximize the value of its own resources, Peabody said.

“You’ve got to have substantial financial capability to develop in the oilsands,” he said.

“I actually also believe it’s really important that we have more developers with the downstream and midstream expertise (so) that we can ensure we really get the most money for every barrel we produce.”

MEG vice-president of investor relations John Rogers said the company’s management and board are reviewing the offer and will respond shortly.

Husky, which has upgraders and refineries and sufficient access to pipelines for its own production, is not affected today by the price discount.

If the takeover is approved by MEG investors, Husky would produce more than 400,000 barrels per day (bpd), closely matched by about 375,000 bpd of combined heavy oil refining, upgrading and committed pipeline capacity, as well as additional storage.

The Calgary-based company produced about 71,000 barrels of bitumen per day from its Christina Lake thermal property in the second quarter. It has partially mitigated the price differential by transporting about 30 per cent of its output through pipelines to the U.S. Gulf Coast and via rail shipments.

The remainder is exposed.

“Differentials, we think, are a temporary issue,” Rogers said, citing the future development of the Line 3, Keystone XL and Trans Mountain pipelines.

But how patient are shareholders prepared to be?

Investors say the transportation bottleneck is an immediate challenge for MEG, along with its high debt levels.

However, with quality oilsands assets and room to grow, a bidding war could erupt if other parties see more value than Husky does.

Analyst Chris Cox of Raymond James views the $11-a-share price as relatively fair, but said in a report, “We suspect a higher price will eventually be offered.”

The hostile takeover offer comes during a period of change for MEG Energy. The company’s longtime CEO, Bill McCaffrey, stepped down on May 31, replaced by veteran oilpatch executive Derek Evans. 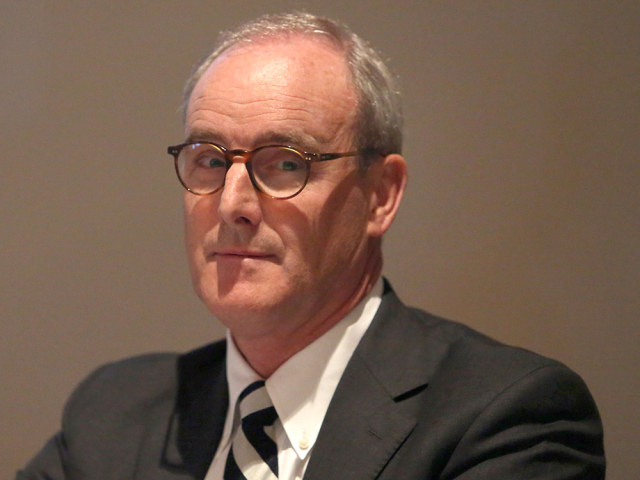 Earlier this year, the company sold its stake in the Access pipeline to strengthen its financial footing.

The offer also comes on the heels of sweeping consolidation in the oilsands industry.

In 2016, Suncor Energy acquired Canadian Oil Sands for $6.6 billion in cash and assumed debt, after sweetening its original hostile offer for the company.

Canoe Financial portfolio manager Rafi Tahmazian, a former MEG investor, said this is the first oilsands acquisition largely fuelled by the Canadian oil price differential, and he expects similar M&A activity in the future, with integrated producers on the prowl.

“In the case of Canadian Oil Sands and Suncor, it was about the (oil) market correction … In this case, it’s more of a situation of a company getting caught on the wrong side of the differentials,” he said.

According to data from consultancy Wood Mackenzie, if Husky succeeds it would jump into the top five of Canadian oilsands producers. Suncor, Canadian Natural Resources, Cenovus, Imperial and Husky would, combined, control about 78 per cent of all oilsands output.

Husky wants to expand its reach in the oilsands, and is willing to make a big bet to do so.

The question is whether another bidder has the same confidence to make a competing bid, with the steep discount for Canadian heavy oil hanging in the balance.

Previous : Nexen moving into Bow Tower, subleasing eight floors from Cenovus
Next : ‘First of many’: $40B LNG Canada signals revival of mega projects