The empty parking lots surround plain, functional-looking buildings made up of modular units stacked, stretched end-to-end or lined up like dominos, some complexes containing thousands of deserted rooms.

Many oilsands lodges have been “temporarily” closed because they don’t have enough guests to cover the bills amid a 43 per cent drop in occupancy from a peak in 2014.

“Pretty much the entire area south of Fort McMurray has been deadly slow in comparison to what it used to be,” said Mike Sherman, whose website AllCamps.ca helps guests find workcamp rooms in northern Alberta and B.C.

“You’re looking at thousands of rooms in that area.”

There were almost 47,000 people living in oilsands project camps with capacity to house 72,000 at the peak of new project construction activity in 2014, when benchmark oil prices were still above US$100 per barrel, according to the regional municipality.

A study last spring, when oil prices were less than US$50, estimates that had dwindled to just under 27,000 people residing in camps with available space for about 51,000 individuals.

As oilsands capital spending falls to an estimated $15 billion this year, less than half of the record spending of $33.9 billion in 2014, workcamp providers must fight tooth and nail for customers from among full-time oilsands workers and occasional contractors.

The gym facility at the Cenovus Christina Lake oilsands facility near Conklin.

Amid fierce competition for scarce customers, they focus marketing efforts on the luxurious offerings companies can provide to woo workers.

When Houston-based Civeo Corp. CEO Bradley Dodson gave reasons for buying Canadian oilsands workcamp provider Noralta Lodge Ltd. for $357 million last month, he talked as much about the appeal of its deluxe private rooms as he did about its contracts and stable revenue forecast.

“Working in the oilsands is a demanding task for our customers’ employees and contractors. They are typically spending long days working in remote locations with frequently challenging weather,” said Dodson on a conference call, describing a typical 21-days-on, seven-days-off work schedule for a fly-in, fly-out oilsands camp resident.

Many of those workdays are 12 hours long.

“It’s incumbent on us to create a home-away-from-home experience that prioritizes both comfort and privacy during their stay.”

Civeo intends to expand Noralta’s offerings when its purchase closes in 2018, allowing guests at certain lodges to order a la carte meals through self-serve kiosks — “hot and ready” at their convenience. 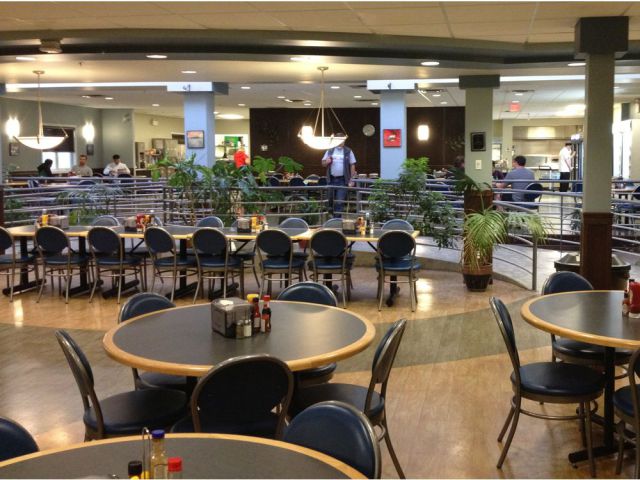 Cafeteria at the Cenovus Conklin facility.

And, despite the bleak outlook, Civeo sees growth opportunities in offering to manage camps owned by others.

It says it want to follow the example of a joint venture between Noralta and the Fort McKay First Nation which took over last spring as manager of the 2,100 rooms in oilsands producer Suncor Energy Inc.’s (TSX:SU) lodging facilities north of Fort McMurray.

Publicly traded Canadian workcamp operators such as Horizon North Logistics Inc. (TSX:HNL) and Black Diamond Group Ltd. (TSX: BDI) have been coping with the slowdown by diversifying into non-energy-related fields.

Meanwhile, privately held Canada North Group Inc. of Edmonton is in court protection from creditors after admitting it can’t make payments on a $21-million loan from Canadian Western Bank. Its nine camps with room for 1,900 people, along with manufacturing facilities in Edmonton and Surprise, Ariz., are on the sales block.

A report from monitor Ernst and Young Inc. says Canada North’s revenues have been halved since 2014. It added customers have used their buying power to negotiate lower room rates, putting “extreme downward pressure” on profit margins. 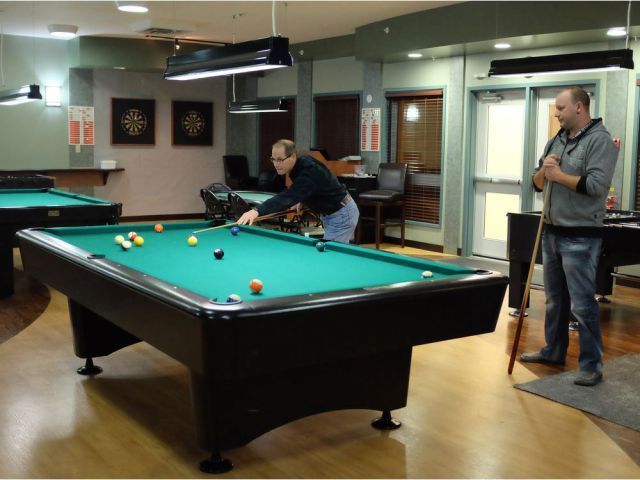 The workcamps also face competition from Fort McMurray’s hotel sector, which has grown despite the destruction of two hotels with a total of about 300 rooms in the wildfire that swept through the city in May 2016.

The Alberta Hotel and Lodging Association says the average occupancy rate in September in Fort McMurray was just 55 per cent among 24 properties with 3,888 total rooms.

The workcamp sector is awash in rooms, said energy sector analyst Brian Pow of Acumen Capital of Calgary. In theory, the camps can be dismantled and moved but the built-in luxury of an average oilsands workcamp makes it a difficult fit for, say, a B.C. mining operation.

He added the Fort McMurray workcamps were built for a dry climate with winter temperatures that dip to nearly minus 40 C. They could require extensive renovations to be relocated to a different climate such as the warm, wet coast of B.C.

“These are effectively hotels with single rooms and washrooms,” Pow said.

“The mining side has historically tended towards dorm-style, with multiple people sleeping in each room and shared bathrooms. So there isn’t an ability to absorb that.”