These are rough-and-tumble days to be part of Jason Kenney’s energy Fight Club.

His plan to push back against opponents of the industry, including setting up a war room and holding an inquiry into anti-Alberta energy campaigns, has become a punch line for

Now, one of the centrepiece elements of the broader fight-back plan has been knocked out.

If this was a boxing match, it’d be time to throw in the towel.

On Thursday, the Supreme Court of Canada delivered the coup de grace against Alberta’s efforts to scrap the federal carbon tax.

“There have been losses all around from a tactical perspective,” said Blake Shaffer, an economist and energy expert at the University of Calgary’s School of Public Policy.

“It is appealing to folks to see your leader going and fighting for something, no matter how futile it may be and that’s what we see here.”

In the decision, the country’s top court ruled the Greenhouse Gas Pollution Pricing Act passed by the Trudeau government in 2018 is constitutional and the national price on carbon stands.

The legislation acts as a backstop and creates minimum national standards for GHG pricing, which are designed to lower emissions in Canada. As planned, the price will increase to $40 a tonne in April.

Provinces are “free to design any GHG pricing system they choose as long as they meet the federal government’s outcome-based targets,” states the court’s majority decision.

Now, the legal tussle to overturn the tax has ended, although the fallout is less clear.

Thursday’s ruling is “one of the most important federalism decisions of the past several decades” and it could have ramifications in other areas where Ottawa wants to create national standards, said University of Saskatchewan law professor Dwight Newman.

“The majority is saying there is a separate area of federal jurisdiction that arises to create a national standard on the issue, even in something that would be largely provincial,” he said in an interview.

“The implications could be all kinds of things, whether on resource issues or some other sort where the federal government wants to set a national standard, on through to long-term care homes.”

Yet, the majority decision went out of its way to provide “cautionary notes to the federal government” that the decision will have limited application, said Gordon Tarnowsky, a partner with law firm Dentons in Calgary.

Could there be wider implications on the energy industry in areas such as the Clean Fuel Standard or Bill C-69, the federal Impact Assessment Act?

Kenney and his ministers have long maintained Bill C-69, which changed the way Ottawa reviews major pipeline projects, wades into clear areas of provincial jurisdiction under the Constitution regarding natural resources development.

, the premier pledged to continue the battle over C-69, which is now before the Alberta Court of Appeal.

“That law is based on a view that the federal government can bigfoot into this province and do whatever it wants in regulating the development of our economy, particularly our natural resources,” the premier said.

Alberta interprets the Supreme Court ruling as applying to only the issue of federal carbon pricing.

“To me, it’s inconceivable that a court would allow the federal government to pull a rabbit out of the constitutional hat — to say that the clear meaning of the Constitution over provinces’ jurisdiction on resources does not exist.” 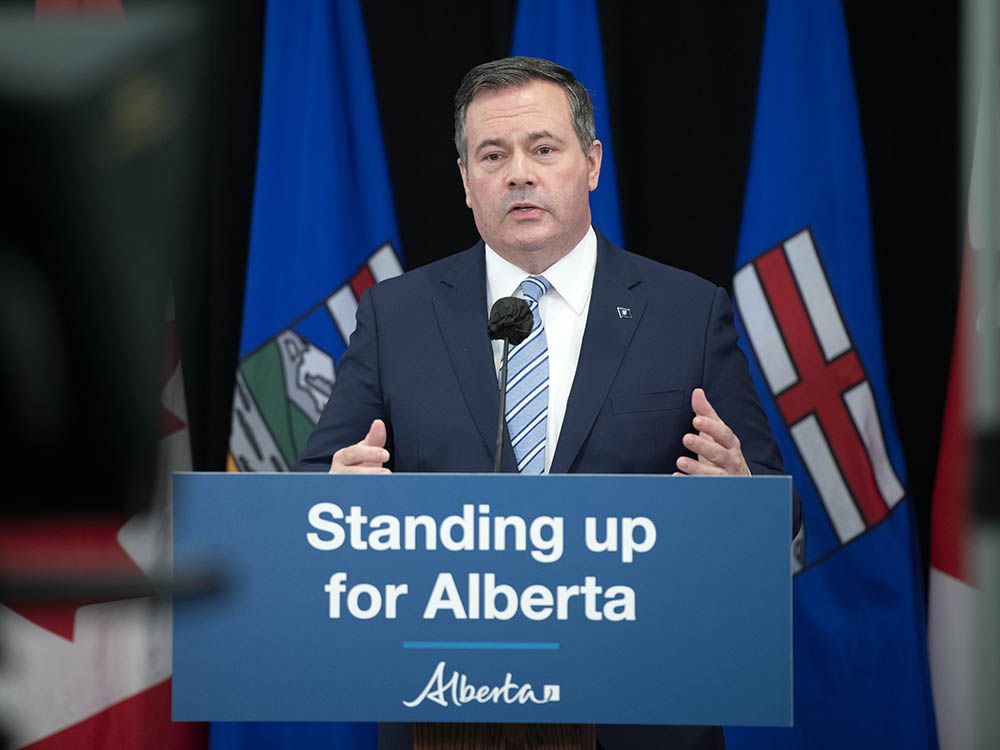 Alberta will strive to minimize the cost to taxpayers, jobs and the overall economy, he stressed.

It’s worth pointing out the ruling came on the same day the American Petroleum Institute (API) announced it has backed carbon pricing, saying an economywide policy “is the most impactful and transparent way to achieve meaningful progress” on the climate challenge.

“What we don’t want to see is the Alberta approach, for example, change drastically several years out,” said Tristan Goodman, president of the Explorers and Producers Association of Canada.

Finally, Kenney might not like it politically, but resurrecting Alberta’s consumer carbon levy — the UCP cancelled the previous NDP government’s tax in 2019 — could hand his government a new revenue lever.

, that should be attractive.

“It needs to be part of an integrated discussion about Alberta’s finances now and in the future,” said Marla Orenstein, director of the Natural Resources Centre at the Canada West Foundation.

A recent Business Council of Alberta report said reintroducing the provincial carbon tax would create a significant revenue stream for Alberta as the federal price climbs.

The province could generate an estimated $1.5 billion annually for the treasury, even with rebates provided to lower-income households, it noted.

Shaffer said the premier did what he promised to do — fight the carbon tax as far as he could — and can now determine the best use for the revenues if the government brings back the provincial levy.

“Make it a really important part of restructuring our budget, which has structural problems right now,” he said.

It’s not more fighting. It wouldn’t be popular.

With few alternatives, however, such a decision would give Alberta a new Fight Club to join — one to attack the deficit.