More than 20,000 oil and gas jobs in Canada vanished during the pandemic last year and the number of people working in the sector will shrink again in 2021, a new report indicates.

However, the industry is expected to add jobs in the following two years — and there are already concerns about labour shortages popping up in some key areas this year.

If ever there was a report that captured the contradictions unfolding in the oilpatch today, the new labour market outlook released this week by industry group PetroLMI does a good job highlighting the cross-currents.

“What we are seeing for 2021 is a lot of the layoffs have already occurred in the first quarter with some of the (M&A) announcements,” said Carol Howes, a vice-president with the PetroLMI Division of Energy Safety Canada.

For an industry that has seen a sharp decline in its ranks in the past decade, the prospect of both job losses and labour shortages points to a sector going through an upheaval.

Last year, as global energy demand tumbled and oil prices cratered during the initial stages of the COVID-19 pandemic, companies chopped spending and laid off thousands of workers.

The Canadian oilpatch shed 11 per cent of its workforce in 2020, with total employment falling to 168,000 positions, according to the study.

Even with higher oil prices this year, the outlook is for 7,250 fewer positions as companies deal with the aftermath of a steep slowdown and industry consolidation.

Yet, there are reasons to expect an improvement in certain areas of the job market.

Oil prices closed at US$61.18 on Wednesday and natural gas prices remain relatively strong. Such price stability is fuelling expectations of more spending and exploration work throughout the year, creating additional employment in the oilfield services sector.

A study released Wednesday by RBC Capital Markets says capital spending by Canadian petroleum producers will increase by 15 per cent this year.

The PetroLMI report indicates the industry will experience a modest recovery next year and the total number of jobs will increase by about 3,500 positions.

By that time, total industry employment will be back to 176,000, although still down from pre-pandemic levels.

“We will see some growth over the next couple of years,” Howes said.

The development of the mammoth LNG Canada project near Kitimat and federal aid to clean up suspended oil and gas wells should spur employment in the future, the report states. 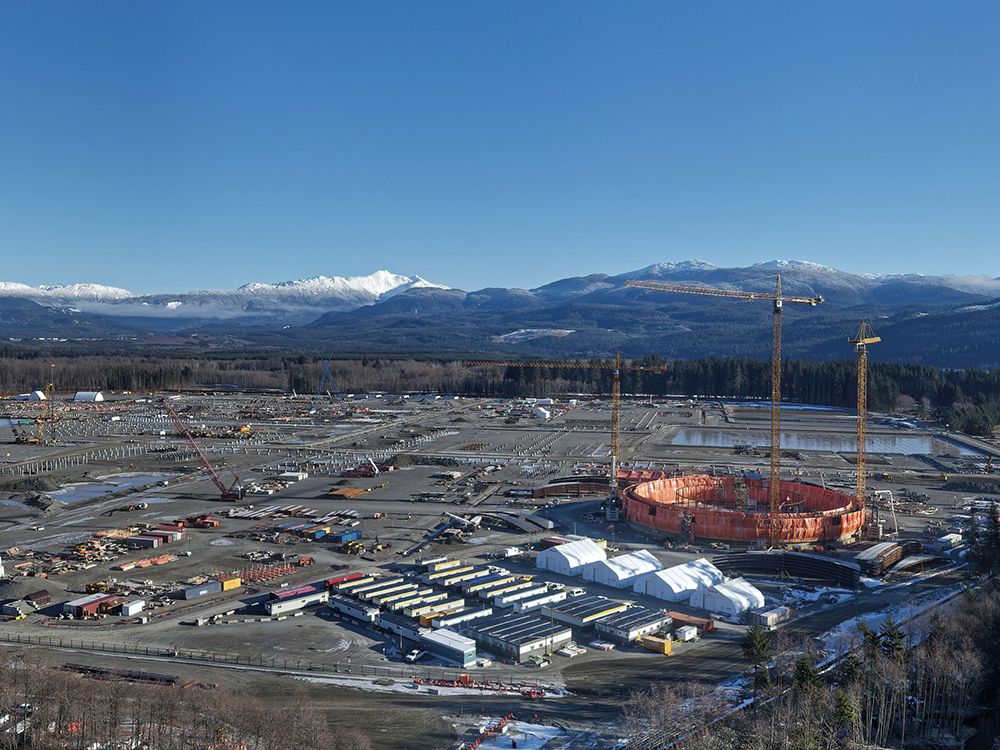 Information technology occupations will also be required as the industry increasingly turns toward more automation, data analytics and digitization initiatives.

With an upturn in drilling during the first three months of this year, the sector is already starting to see early signs of potential labour tightness in certain areas.

The issue seems like a paradox for an industry that has shed almost 59,000 jobs in the past seven years.

There are concerns about shortages for companies looking to fill data-driven positions, as oil and gas firms compete with other industries looking for similar workers.

A smaller labour pool for the oilpatch is also having an effect, as thousands of people have exited the industry in recent years due to its volatility. 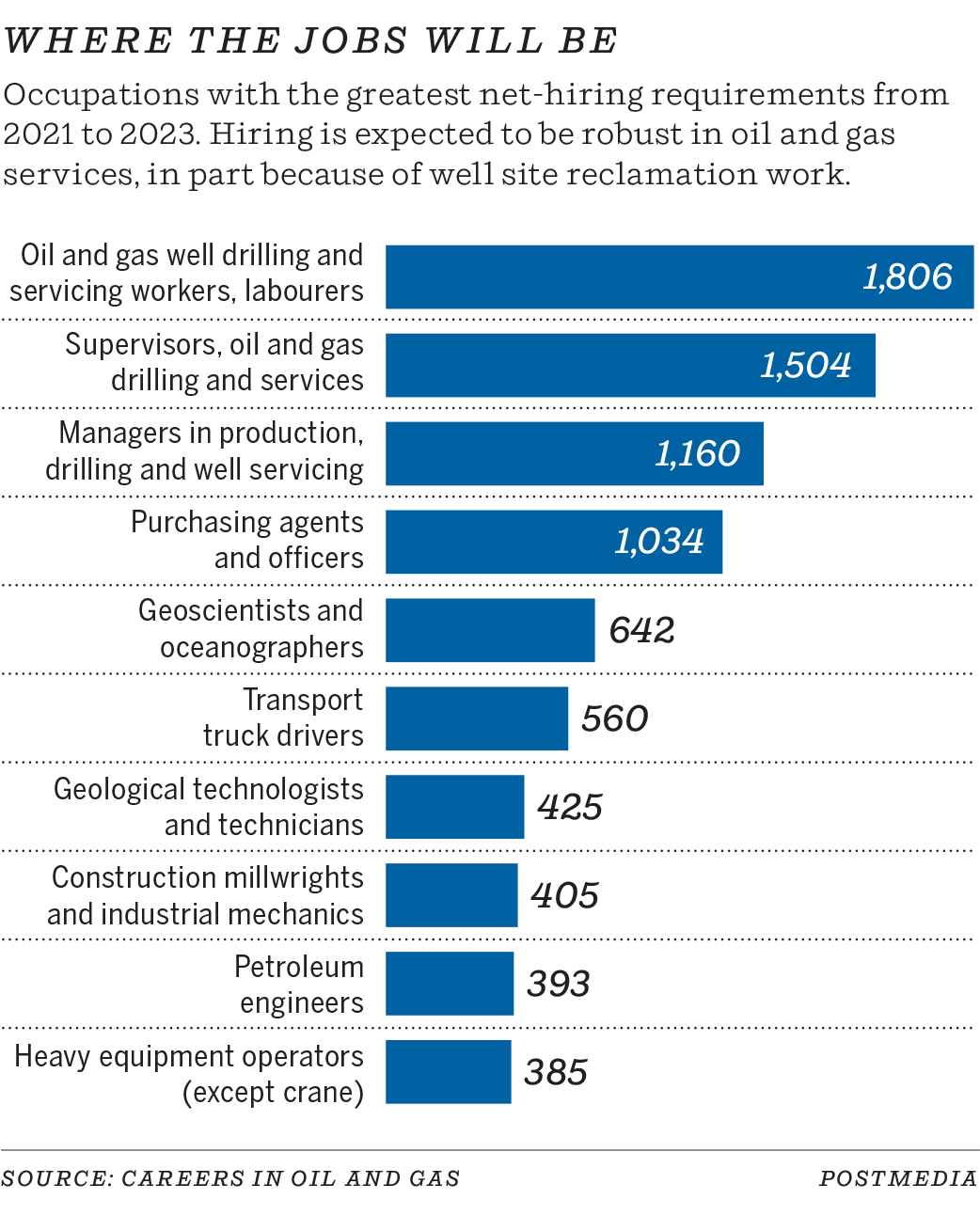 Precision Drilling Corp. CEO Kevin Neveu said the company was able to fill its demand for drilling crews this winter because it could guarantee employees extended work, but it faced some difficulty finding staff for its well services business.

He expects second-quarter drilling and service activity in Canada will be twice as busy as it was during the same period a year earlier.

Neveu noted oilfield service firms also face new obstacles to recruit workers, in part due to the pandemic and the difficulty of cross-border travel and, more broadly, because of attitudes toward the energy industry.

“All those people who would normally come out west to work on the service rigs or work in oil services are being discouraged from doing so, not only from regulations but by public pressure. That is limiting our ability to recruit and hire,” Neveu said in an interview.

“What we are still fighting though is this potential anti-energy, anti-oil and gas sentiment among a lot of the young people we are recruiting from.”

However, other factors will act as a draw.

The industry pays high wages, while retirements in the industry will open up thousands of available positions in the coming years.

There are also opportunities in emerging energy areas, the report indicates.

“Decarbonization of energy is the single greatest investment opportunity of our generation. We are literally talking about rewiring and repowering the world, and that solution exists inside oil and gas,” said Krausert, the former CEO of Beaver Drilling.

“When you can inspire young people to look at it in that way, they see a bright, engaging long-term future in our industry.”