Two large Canadian institutional investors, Brookfield Asset Management and the Ontario Teachers’ Pension Plan, are part of a consortium paying US$10.1 billion for a 49 per cent stake in a pipeline subsidiary of the Abu Dhabi National Oil Company in the largest infrastructure deal in the world this year.

The newly created subsidiary will have lease rights to 38 pipelines covering a total of 982.3 kilometres for 20 years, in return for a volume-based tariff. ADNOC will hold the remaining 51 per cent of the subsidiary, and will be responsible for management of pipeline operations and for all associated operational and capital expenditures.

“This strategic transaction is attractive to Ontario Teachers’ as it provides us with a stake in a high-quality infrastructure asset with stable long-term cash flows,” said Ziad Hindo, chief investment officer at Teachers.

“This new partnership with ADNOC and a group of world-class institutional and infrastructure investors expands our global presence and provides further geographic diversification to our portfolio,” he added.

Bruce Flatt, chief executive of Brookfield, said the pipeline system was an attractive investment for the Toronto-based asset manager because it provides a “critical link” between the United Arab Emirates’ low-cost natural gas supply and “robust in-country” demand.

He added that ADNOC has established an exemplary operational record.

“We look forward to partnering with them in support of this critical asset and sector,” Flatt said in a statement.

Additional investors were interested in the assets, according to media reports, but some, such as an Australian fund manager, dropped out earlier in the process, Bloomberg News reported in April. 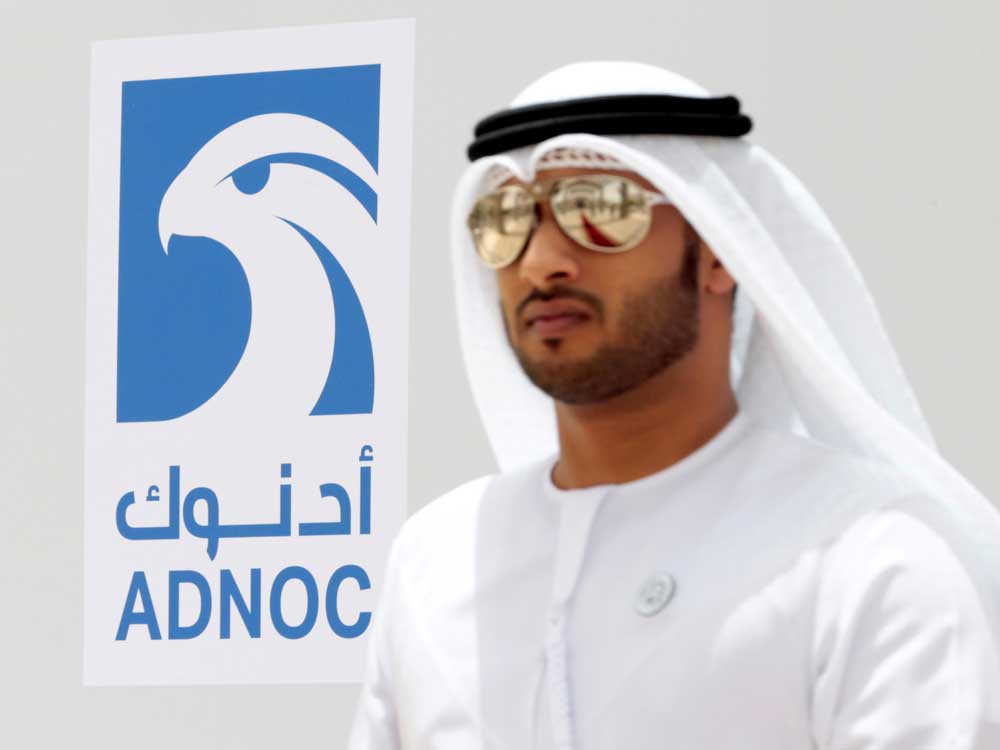 Dr. Sultan Al Jaber, the Minister of State for the UAE and chief executive of ADNOC Group, said in a statement that Tuesday’s transaction unlocks significant value from the pipeline portfolio.

He called it a “milestone” transaction and said it demonstrates trust and confidence in Abu Dhabi’s national oil company by the global investment community.

“Today’s landmark investment signals continued strong interest in ADNOC’s low-risk, income-generating assets, and sets another benchmark for large-scale energy infrastructure investments in the UAE and the wider region,” he said, adding that it “reinforces the UAE’s track record as the region’s go-to foreign direct investment destination, even during the current unprecedented circumstances.”

Such large deals stand out on a mergers and acquisitions landscape where activity has been lacklustre due to the COVID-19 pandemic and economic lockdowns around the world.

A veteran Bay Street lawyer said infrastructure has proven “resilient” because the asset class is compatible with the long-term investment theses of pension and sovereign wealth funds.

But the Ontario Teachers’ Pension Plan drew criticism from a group called Shift Action for Pension Wealth and Planet Health.

“OTPP is putting the hard-earned retirement savings of thousands of working and retired teachers at risk by investing in a massive piece of fossil fuel infrastructure in the midst of a worsening climate crisis and a volatile disruption to global energy markets,” the group said in a statement.

Shift Action, a climate group, added that the teachers’ pension plan excludes investments in tobacco companies, guns and arms manufacturers, and weapons producers from its portfolio, but “has not yet disclosed exclusions on investments in fossil fuels.”

A spokesperson for Teachers’ said the news release announcing the transaction would be the only statement from pension officials on the matter.

Previous : Enbridge gears up for another pipeline fight as Michigan state looks to shut Line 5
Next : Varcoe: Environmental monitoring in oilpatch to resume after ‘alarming’ pause amid pandemic