In the words of one former Alberta energy minister, Premier Rachel Notley is facing a “once-in-a-generation” decision.

The head of the Alberta Federation of Labour calls it “the toughest decision” Notley has faced as premier.

In the coming days, Notley must decide if the province will use its powers to throttle back crude production in Alberta, despite deep divisions with industry over the issue.

Several refiners and producers oppose the idea, seeing it as the heavy hand of government interfering with a free energy market.

Other producers and industry experts — and United Conservative Party Leader Jason Kenney — view it as the only short-term option to fix a market broken by federal mishandling of new pipeline construction.

With three provincial envoys now talking to oilpatch CEOs, the ball is in the premier’s court. A decision is expected within days.

“This is a crisis and there will be blood in the streets very quickly if this carries on for long,” says former Alberta energy minister Ken Hughes. “I would pursue a careful course of curtailment of production.”

Another former energy minister, Ted Morton, disagrees, saying the risks are too great.

“Part of the reason the stakes are so high is because nobody knows what the consequences of either course of action might be,” says Morton.

With these billion-dollar issues at play, I spoke recently with experts about whether mandatory curtailment would work, the possible risks, and what advice they would offer the province.

Here’s an edited and abbreviated transcript of what they said about Alberta’s looming curtailment question.

A: Well, it would help…. When you look at this kind of an issue as a political leader, this cannot be about simply accommodating interests, because interests in industry are diametrically opposed.

But the one consideration the government of Alberta must take into account is what’s in the public interest… It is not in the interest of Alberta to continue to subsidize America by selling our bitumen at such an outrageous low price.

The upside is curtailing production leads to less of a backup of bitumen in the marketplace and a strengthening of the price of Western Canadian Select.

Right now, we just do not have takeaway capacity to remove enough of it. The upside is it will result in a higher price, which is beneficial to the owners – the citizens of Alberta – and certainly the industry.

A: There are always unintended consequences to any public initiative, intended or unintended. The downside is that it’s intervention by government into a market where people have made strategic decisions and invested accordingly.

A: No option that they face is risk-free. Doing nothing does not mean you’re not taking risks. You are taking the risk of continued low prices that will be devastating to the service sector as well as many players in the business…

There is no path forward where you will make everybody happy. So you need to make decisions, carefully weighed and clearly in the public interest…

I would pursue a careful course of curtailment of production…this is a once-in-a-generation decision. 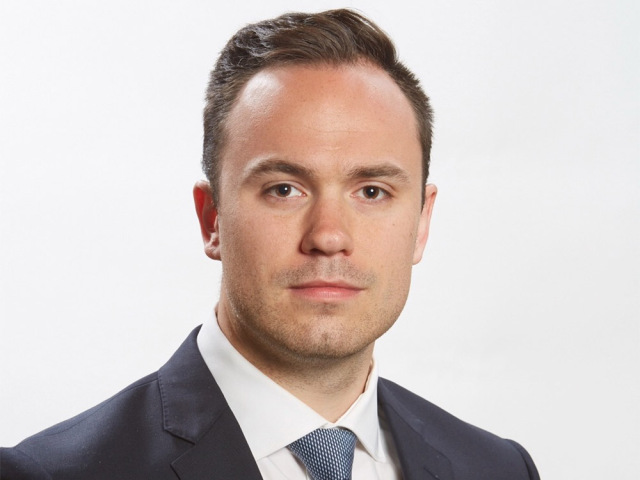 A: I think the mechanics of it can work, if executed perfectly…

You not only need to clear that (current oil) overhang, but you also need to create enough room on the pipelines and rails to draw out some of the inventories that have been built up in this period of stranded barrels.

A: The upside is the potential avoidance of considerable value destruction if discounts remain wider…

It would increase the certainty, both within the basin and in the broader investment community, that someone has a handle on the situation.

A: The downside of such a policy is on a philosophical basis, the government should not be in the business of intervening in private industry. And more generally, we shouldn’t be in this situation in the first place.

A: I’d say wait a little bit longer to see how things develop naturally. But if we get through the winter and these discounts are still as wide as they are, I think there is a considerable call to action. 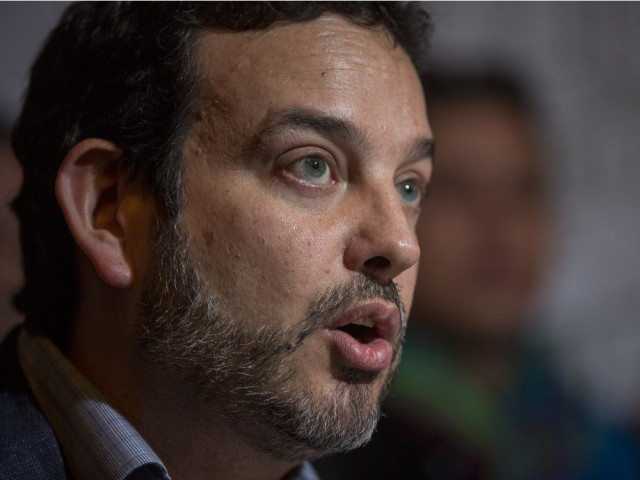 Q: Would it work?

A: The AFL and our unions have not taken a formal position on the question of curtailment…The short answer is I don’t know and I am not sure anyone does.

The logic of it is there, and there’s no doubt that one of the ways to address what is essentially a glut would be to reduce production.

That is economics 101. And there’s also no doubt that voluntary production cuts probably won’t work because companies will just suggest the other guy do it.

A: The asset we are talking about is owned by the public and right now, we’re giving it away for nothing…

If we’re getting nothing for the sale of our resources, that means we will have huge holes in our provincial budget for the foreseeable future – so it means either deficits or debt, or massive cuts to public services.

So even for people who don’t work in the oil and gas sector, this curtailment issue has huge implications.

A: Investment in upgrading and refining is the best hedge against volatility in the oil and gas market…Curtailment would be throwing a lifeline to companies that invested in the rip-and-ship approach to resource development.

A: I have to reluctantly say it probably has to be part of the solution, at least in the short term, because otherwise we are facing a potentially catastrophic collapse in the price we get for our publicly owned resources….

I don’t envy the premier, the decision she needs to make…This issue is probably the toughest one she has faced yet. 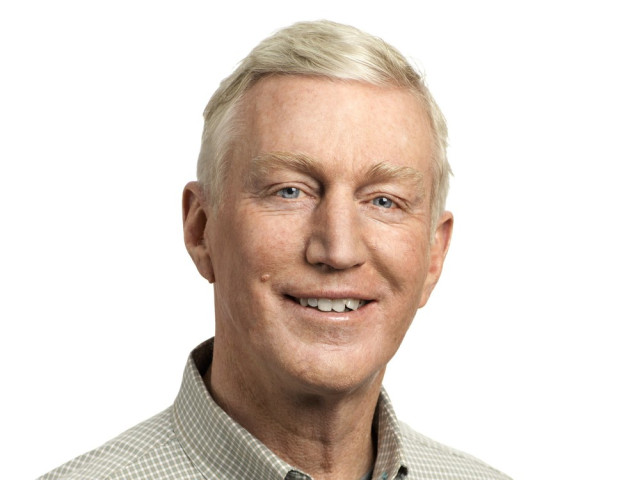 A: It might achieve certain short-term results, but the problem with any government initiative is the issue of unintended consequences.

Certainly from an energy industry perspective, this type of dramatic and potentially wide, far-sweeping policy…sets a precedent that the industry might not appreciate having in five or 10 years.

A: The problem is you have a huge imbalance between supply and demand because of the limited takeaway capacity. So anything that reduces supply, you could say that’s good, it should send prices back up.

If that happens, that would be positive. But you have to weigh the positive outcome against the multiple negatives.

The shorter term is it would hit different companies differently.

You have the larger companies with downstream (refining) operations that are actually benefiting from this, so they obviously aren’t going to support it. So it’s not like there is unanimity within the industry…

I think that markets are working and the price signals are inducing a dramatic reduction in capital expenditures in most of the (exploration and production) companies. So if that’s happening, there’s less need for government intervention.

No…I think the premise is correct, but the conclusion is not persuasive. There may be other ways in which to resolve the issue…

Part of the reason the stakes are so high is nobody knows what the consequences of either course of action might be. If it goes badly, the government will be blamed. But they could be blamed either way. 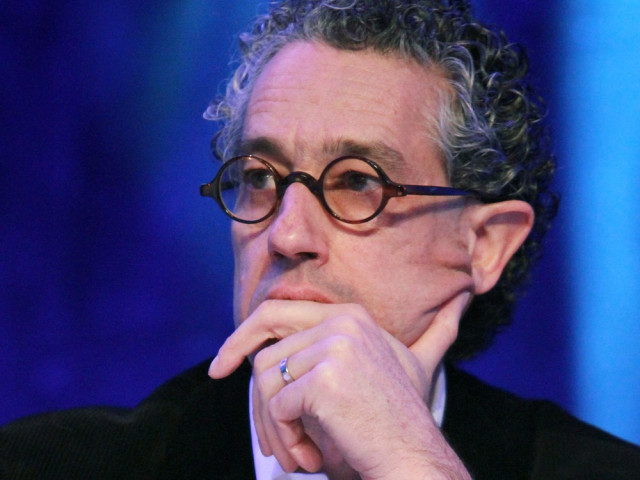 A: I believe it would work because we do have to bring supply and demand, or throughput, back into balance. The bigger question is how do you do it…

We have many different types and grades of oil – from bitumen all the way down to condensate — so is it a universal curtailment…or by company size?

Is it largely in the domain of big companies who have market influence, or do very small junior growth companies get dragged into the curtailments as well…

The third complication is curtailment relative to what? Yesterday’s production, a month ago, future production? Where is the cut-off?

A: Obviously we want to get the price back to fair market international prices. That’s objective one.

A: The downside is depending on how curtailment is done, you can unduly bring companies into the curtailment that really have nothing to do with this.

Another downside is the perception of market intervention by government, but I think that’s somewhat overblown. I actually think the market is looking for a solution, basically mediation to what is effectively a price war.

Q: Is it worth the risk? What’s your advice?

A: At these prices, a significant portion of the industry at large – oilsands and non-oilsands – is cash-flow negative and the citizens are losing on an annualized basis several billion dollars. So this is not a tenable situation…

It will reach a certain point in time where the answer to that question is yes and we’re rapidly approaching that time, because it can’t go on without starting to trigger a lot of unemployment and other negative affects.

A: It would work… one issue is that (crude) storage levels, companies say, are pretty high. So it would help to clean those out…

We have calculated that can reduce the storage levels in less than three months, maybe about two and a half months.

A: Right now at the current differentials, if it continues for a year, they’re losing about $4 billion in royalties. So that’s the upside to Alberta to do this.

There are three companies out there who don’t want this to be done, like Suncor, Husky and Imperial. That’s the other thing, what happens, what is the consequence with them?

A: I do, as long as it doesn’t create a situation, that it doesn’t have a backlash, with free trade agreements…

I do think that’s what most of the companies do want to see happen. And most investors I have talked to, they haven’t really said, ‘I don’t want to see this happen.’ It’s just always a question of it is practical?

Previous : ‘Fiscal and economic insanity’: Notley compelled to buy trains to get Alberta oil to market
Next : Oil falls 2.5% to 2018 low, settling at $50.29, on rising US stockpiles and OPEC uncertainty