Who would want to be Alberta’s next energy minister?

The United Conservative Party’s oil and gas agenda is extensive, and it looks like a migraine-inducing slog for the next energy boss.

The industry’s issues — from pipelines and oil curtailment, to climate considerations and electricity reform — are as complicated as quantum physics.

Many of the key levers for success are beyond the province’s control.

While the energy minister holds one of the most powerful seats at the cabinet table, it’s also one of the trickiest, with an array of competing interests and demands.

“It’s an extremely important job, because it’s our resources,” said Rick Orman, an oilman who became a Progressive Conservative energy minister in the 1980s and early ’90s.

Finding the right energy minister will be one of the most important cabinet decisions for Jason Kenney.

The premier-designate has several candidates in his 63-seat caucus who could fill the job, although two logical options — Calgary MLAs Sonya Savage and Prasad Panda — already have extensive energy experience, noted Orman.

Savage, the rookie MLA for Calgary-North West, has been on the front lines of some of the most intense energy battles in the country.

A lawyer by training, she worked in the pipeline sector for nine years at Enbridge, including on the Northern Gateway project that was effectively killed by the Trudeau government’s oil tanker ban off the northern British Columbia coast.

As senior director of policy and regulatory affairs at the Canadian Energy Pipeline Association since 2015 — a job she left this week — Savage toiled on the hot-button issue of Bill C-69.

The federal Impact Assessment Act has become one of the main targets of Kenney’s wrath toward Ottawa.

Asked if she hopes to become energy minister, Savage said Wednesday she’s concentrating on getting her campaign office cleared out and will take on whatever role the incoming premier wants her to fill.

But she doesn’t miss a beat when queried on the priorities to get Alberta’s energy industry moving.

“It’s to send a signal to investors that we are open for business, that we are welcoming back investment, that we will be competitive and that energy policy will be made in Alberta again — and not in Ottawa,” she said.

Repealing the carbon tax, reducing regulations, cutting the corporate tax rate and putting in legislated timelines at the Alberta Energy Regulator are also on the party’s agenda. Such moves will send an immediate signal to the investment community, she said.

As for Bill C-69, which will change the way major energy projects are reviewed by the federal government, Savage has strong opinions.

The UCP has promised to file a court challenge against the bill if it passes, arguing C-69 impedes on the province’s jurisdiction over oil and gas production.

“We really think it goes a big step into our constitutional jurisdiction and nobody has pushed back until now,” she said.

Panda, the MLA for Calgary-Edgemont, is another obvious candidate for the post. 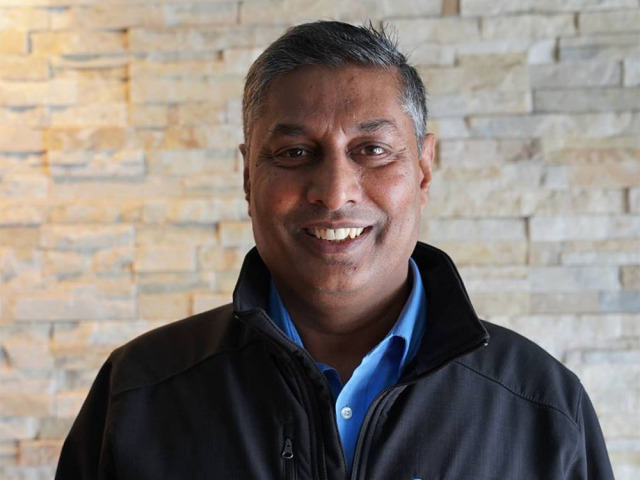 First elected as a Wildrose MLA in a 2015 byelection, he served as the economic development and trade critic before becoming the UCP’s energy critic in 2017.

As an engineer, he spent 28 years in the energy sector, including 11 with Calgary-based Suncor Energy. Before entering politics, Panda worked on the company’s major project teams, which were involved in building pipelines and oilsands facilities.

Getting oilpatch companies to reinvest and create jobs will be a key priority for the government, he said, noting it will be up to the premier and caucus to decide what policies are pursued.

“Our focus is how to get these companies to hire people immediately, so that means they have to expand,” he said.

“I think that would be the priority, (while) at the same time, simultaneously fight for pipelines and to stand up for Alberta.”

Energy issues dominated much of the UCP’s economic discussion during the campaign, including plans to take on foreign-funded anti-energy groups and scrap the NDP’s crude-by-rail plan.

Proclaiming Bill 12, which would give the province the powers to restrict energy shipments to British Columbia, will be one of the first things the new government will do.

The UCP made a number of other promises that will overhaul the electricity sector, another area that falls under the energy portfolio.

The NDP’s plan to have renewable energy make up 30 per cent of Alberta’s power generation by 2030 will be abandoned, along with the province providing subsidies to future wind and solar projects.

The party also pledged to consult with the power industry and report back within 90 days on whether the province should continue with the planned shift to an electricity capacity market or remain with the current structure.

“The turmoil was introduced by the NDP,” Panda said. “We will review whether the capacity market is required.”

UCP insiders believe Savage and Panda will be top candidates for the energy post, although cabinet-making is an art, not a science, and there could be other options under consideration.

Whoever gets the job, Orman believes the next energy minister will have to buckle up for a wild, but satisfying, ride.

“You have to be willing to work your butt off and . . . have your wits about you,” he added.

“You have to exude confidence and show people, there’s a new sheriff in town.”