CALGARY – In a sign of the changing environment in the oilpatch, North America’s largest pipeline company Enbridge Inc. set new net-zero emissions targets Friday and outlined how the company sees the global energy transition from carbon-based energy to renewables playing out over the next few decades.

“Sustainability is integral to our ability to safely and reliably deliver the energy people need and want,” said Al Monaco, president of Enbridge . “How well we perform as a steward of our environment, a safe operator of essential energy infrastructure, and as a diverse and inclusive employer is inextricably linked to our business success and our ability to create long-term value for all stakeholders.”

The move comes as the Canadian oilpatch is facing extreme pressure from influential pension funds and fund managers to reduce its carbon footprint, the federal government’s stringent environmental policy measures, and companies’ fears of being excluded from ESG-indexes which are attracting billions of dollars from a growing number of eco-conscious retail and institutional investors.

“We expect energy companies to focus on this aspect of ESG more closely given increasing institutional interest. It is by addressing all components of ESG that the Canadian energy industry can move away from its international reputation as “dirty” or higher GHG oil and increase the understanding of practical initiatives that lower carbon intensity and help improve the livelihood of those in local communities,” wrote Dennis Fong, an analyst with The Canadian Imperial Bank of Commerce, in a note in October.

The industry is also watching a changing political landscape in its biggest market south of the border, with the possible election of former vice-president Joe Biden as the next president of the country. Renewable energy and transitioning away from oil are key planks of the Democrat challenger’s economic policy.

Republican President Donald Trump had officially withdrawn from the Paris Agreement, but as Biden appears poised to win the election, he has vowed America will rejoin the global climate change accord in “77 days.”

The Canadian industry is embarking on its own green wave, regardless of new environmental policy measures that may be implemented by a possible new U.S. administration.

This week, the governments of Canada and Alberta signed a deal on methane emissions reduction targets, wherein the federal government accepted the oil-producing province’s target of reducing methane emissions 45 per cent below 2014 levels by 2025. Alberta also recently outlined a natural gas strategy to facilitate the global energy transition.

The moves by Enbridge and upstream producers Canadian Natural and Suncor to set net-zero targets and reduce emissions are an encouraging sign across the oil and gas value chain, said Pembina Institute’s Benjamin Israel.

“I think Enbridge announcing a net zero target is a great response, especially given the growing stringent requirements from investors, governments and society,” said Israel, a fossil fuels analyst, adding that as the industry makes these pledges, they could go a step further by reducing the emissions intensity of the oil and gas flowing through the pipelines.

Enbridge ships the bulk of Canadian oil exports to U.S. refineries primarily in the Midwest, and has faced delays and challenges on a number of pipelines projects, including its Line 3 replacement project in Minnesota, and its Line 5 tunnel project in Michigan, amid opposition from environmental and local groups. 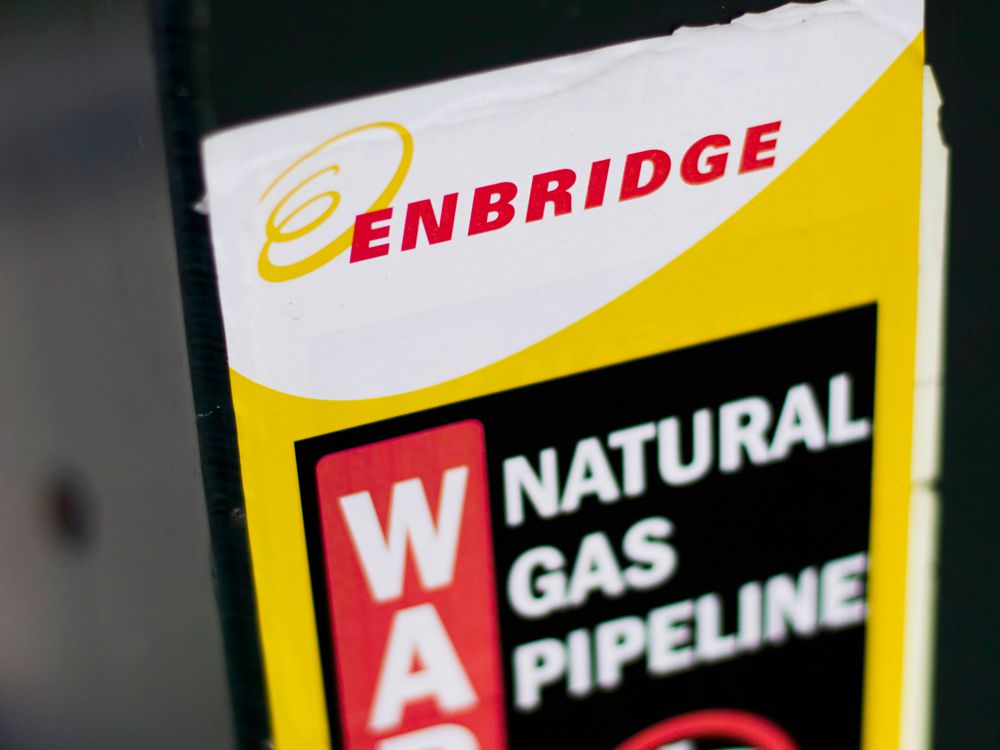 In a move to reduce environmental scrutiny surrounding its operations, the midstream company set a target of net-zero emissions by 2050 and also pledged to reduce its emissions by 35 per cent by 2030. At the same time the company intends to diversify its board by appointing women to at least 40 per cent of board positions and have visible minorities represent 20 per cent of positions by 2025.

In an investor call Friday, Al Monaco said the company continues to see opportunities in offshore wind projects, in solar projects and also in emerging fields such as renewable natural gas and hydrogen projects.

“Global energy demand will rise in the next two decades, driven by population growth and an increasing middle class and urbanization,” Monaco said, noting that energy demand in developing countries is expected to rise by at least 35 per cent.

“We’re going to need all sources of supply to meet demand until at least 2040 and very likely beyond,” Monaco said, adding that hydrocarbon-based energy would still be in demand in 2040 given growing energy demand and natural gas, in particular, “will dominate global energy.”

“Some people call this the bridge (fuel) but in our view it’s an awfully long bridge,” Monaco said.

Enbridge plans to reduce its emissions intensity and overall emissions through a combination of replacing old equipment and changing how its existing equipment is powered by installing additional solar arrays, chief sustainability officer Pete Sheffield said.

The new targets, he said, are also tied to employee and executive bonus compensation across the organization.

Projects and operations such as cogeneration, carbon capture and sequestration, CO2 flooding, and wind farms are not only helping to improve the GHG intensity of the electrical grid (equivalent to removing over 4.5 million cars annually from the road), but they are also driving lower supply costs for producers at competitive rates of return, CIBC’s Fong wrote.

“Full adoption of ESG-based investing is becoming a major focus, and appropriate and fulsome disclosure standards are needed to improve both intra- and inter-industry comparability,” Fong said. “We believe the mass adoption of ESG-based portfolio management and appropriate carbon-related disclosure could provide better transparency for Western Canada’s role as a participant in the energy transition.”

For example, Israel said the commitments by Enbridge take the company further than the United State’s own current emissions pledges. He likened the move to the way power companies in Alberta have shown they’ve been able to eliminate coal-fired emissions years earlier than the scheduled phase-out date of 2030.

“It is great that there is a willingness in the sector to go beyond current policies,” Israel said.