Husky Energy has set an aggressive target of reaching net-zero greenhouse gas emissions by 2050, coming the same week a new report shows emissions per barrel from the oilsands fell by two per cent in 2018 — and 20 per cent over the previous decade.

These are promising developments.

Yet, it also comes as headlines proclaim Ottawa and Alberta have

reduced environmental monitoring in the oilsands this year

Why don’t they just send out a tweet that declares: “I’m from the government and I’m here to help.”

Quite simply, it’s hard to highlight progress when a ridiculous one step forward, one step back dance routine keeps breaking out.

. The company will lower its emissions per barrel (also known as emissions intensity) by 25 per cent within five years from its 2015 levels.

It also follows some of the country’s largest producers, including Canadian Natural Resources and Cenovus Energy, in pursuing the aspirational goal of achieving net-zero emissions within three decades, mirroring the federal government’s national target.

“Investors were looking for a quick snapshot on what our emissions intensity is and they are looking for a commitment from Husky that we are going to improve our greenhouse gas emissions performance,” the company’s senior vice-president, Janet Annesley, said Wednesday.

Husky will reach the 2025 targets by reducing methane emissions in its western Canadian business, improving efficiency at its oilsands operations and bringing on the West White Rose offshore project, which will have lower emissions per barrel than other company developments.

In the longer run, it will also look at using carbon capture technologies and carbon offsets to help reach the net-zero goal.

What this shows is that more Canadian companies are committing to make a concerted effort to reduce emissions per barrel, even while faced with low oil prices and uncertain demand. 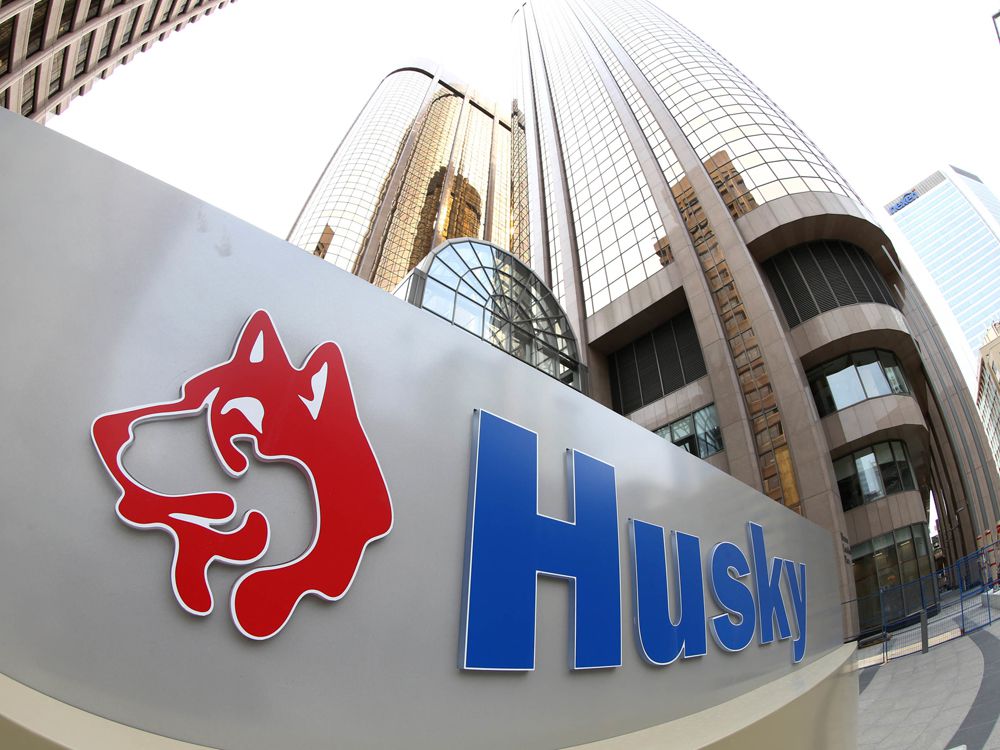 The impetus to do more is increasing.

announced last week it will write down the value of its Canadian oilsands assets and won’t approve new projects to increase the capacity at its non-operated oilsands assets.

Carbon competitiveness is becoming an increasingly important measure of overall market competitiveness, said Benjamin Israel of the Pembina Institute, who commended Husky for its new goals.

Yet, governments and industry need to do more than set aspirational targets, he stressed.

“We basically need to discuss decreasing the absolute emissions of the sector,” Israel said. “The heavy lifting is still ahead.”

The oil and gas sector accounted for about one-quarter of all Canadian emissions in 2018. As oil production increased, industry emissions climbed by 23 per cent between 2000 and 2018.

But it’s also clear companies are continuing to improve.

A study released Wednesday by energy consultancy IHS Markit shows emission intensity from the oilsands fell by two per cent in 2018 — and about 20 per cent in the previous decade — and will fall further in the coming decade.

IHS found the average intensity of emissions from oilsands mining operations decreased by 10 per cent from the previous year, in part because of the ramp-up of new facilities and operational efficiencies. Carbon emissions from thermal oilsands projects increased by two per cent.

“The industry’s investment in (project) efficiencies and opportunities to decarbonize are bearing some fruit,” said IHS vice-president Kevin Birn.

The study also shows a huge variation between different projects and technologies. The most intensive carbon projects are about four times more GHG intensive than the least, it said.

These signs came out the same week The Canadian Press reported significant reductions to federal-provincial oilsands monitoring programs this year.

Program spending has been reduced to $43.9 million this year, down from around $50 million in previous years, with funding for the work coming from industry.

Among the areas affected include field studies on wildlife and wetlands, as well as monitoring of the Athabasca River water quality downstream of the oilsands, The Canadian Press reported. 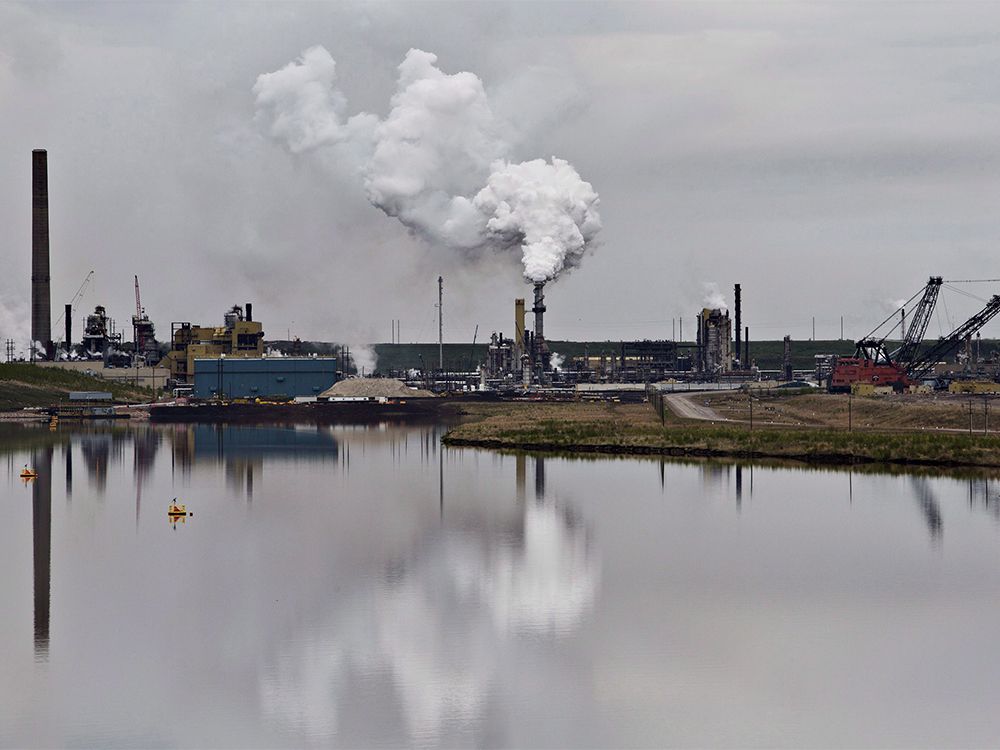 Federal officials said the spending reductions are tied to the suspension of fieldwork because of the COVID-19 outbreak, with these recommendations coming from an oversight committee, which includes representatives from the federal and provincial governments, industry and Indigenous groups.

“Owing to COVID, our ability to do the work in this year has been radically altered,” Kevin Cash, acting assistant deputy minister of science and technology with Environment and Climate Change Canada, said Wednesday.

Much of the monitoring work occurs during the spring and couldn’t be completed this year because staff couldn’t go into the field to collect data, he said, including some monitoring of the Athabasca River.

“There were no water quality samples collected in a sizable portion of the year,” Cash added. “We are now planning to resume some of that, probably in this month.”

At the same time oilsands workers continued doing their jobs this spring and summer, it wasn’t possible to go out and collect data and water samples from the Athabasca River?

In June, the province and Alberta Energy Regulator

restored some provincial environmental reporting and monitoring of the oilpatch

that had also been suspended in the spring because of the global pandemic.

These controversies frustrate oilpatch officials who are committed to making progress as the industry strives to become more competitive and reduce its environmental footprint in the future.

“It’s not helping,” lamented one oilpatch CEO. “It reinforces that narrative that exists out there.”

Oilsands monitoring is important work. It needs to continue, safely and consistently. And the industry needs to keep improving its emissions performance, which many companies are doing.

Now, if only governments could improve the performance on their end.