To understand the state of the Canadian and U.S energy sectors these days, the drilling industry is a good place to begin the examination.

When you look at the number of rigs working in 2019 compared with the heyday of 2014 — before oil prices crashed — fewer than half the amount were active in Canada in January, says Mark Scholz, president of the Canadian Association of Oilwell Drilling Contractors.

South of the border, in the Marcellus shale play in the U.S. northeast, those same activity levels recovered to 75 per cent of where they stood five years ago.

In the Permian oil basin in west Texas and New Mexico, the number was even higher.

“The Permian Basin in Texas has recovered nearly 95 per cent of its activity levels from 2014. Alberta has recovered 42 per cent,” Scholz said at an energy conference this week.

“What that is telling you, and telling many people, is policy matters. This is not a commodity (price) issue.”

If the plight of drillers doesn’t capture the attention of federal policy-makers, they should read the latest report by the Paris-based International Energy Agency (IEA) on global oil markets.

The differences between Canada and the United States are glaring.

One country is booming, with production soaring and pipelines under construction. The other is facing low growth for the next five years.

“What the IEA is saying is a pretty heavy message. It means the U.S. is really focused on what their best interests are — and they will keep the pedal to the metal,” said Chris Bloomer, CEO of the Canadian Energy Pipeline Association.

“We are exactly the opposite.”

According to the IEA, total liquids production in the United States jumped by an astounding 2.2 million barrels per day (bpd) last year.

By 2024, U.S. producers will crank up output by another four million bpd, making up 70 per cent of all global production growth.

Across the world, upstream oil and gas investment jumped by six per cent last year and is slated to increase by four per cent in 2019.

As production grows by leaps and bounds in the Permian Basin, new pipelines are being built in the U.S.

“We forecast the Permian pipeline shortage to turn into a surplus by the end of 2019,” the report states.

The Trans Mountain pipeline expansion is mired in uncertainty, the Keystone XL pipeline is manoeuvring through U.S. legal delays, and Enbridge’s Line 3 project was recently pushed back until next year.

“The environment in Canada is one fraught with uncertainty, and that makes it hard to make capital investments to develop new projects,” he said.

From the outside looking in, the IEA’s take on Canada’s mid-term energy future is sobering.

“The outlook for Canadian oil production has significantly deteriorated,” the report states.

The issue comes back to a lack of pipelines. Canada is paralyzed today getting major projects through federal regulatory reviews and legal challenges.

Companies and investors are responding by shifting their focus south.

Enerplus Corp., a Calgary-based company with production on both sides of the border, is spending 90 per cent of its capital dollars this year in the U.S., said chief executive Ian Dundas.

Much of that is a function of opportunity as the company’s properties in North Dakota attract more capital and attention.

But Dundas has a perspective on the operating environment in both countries. As a Canadian, “frustrated doesn’t even come close to describing the situation,” he said Wednesday. 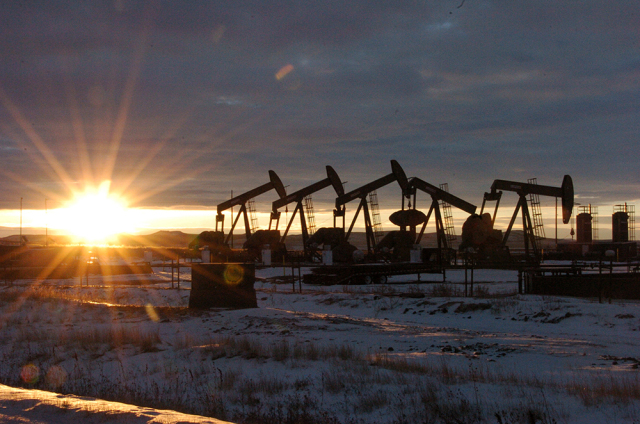 He noted in the past decade, oil production in North Dakota has jumped from under 200,000 barrels per day to 1.4 million, yet it has enough infrastructure in place to move product out, including crude-by-rail.

“If you are standing outside of Canada as an investor and looking around the globe and thinking of your opportunities in energy, there’s no real reason to step into Canada right now because it’s been such a quagmire of uncertainty,” Dundas said.

The frustrating part is the world needs more energy, including oil, even with growing concerns about decarbonization and climate change. Canada isn’t able to take advantage of global oil demand increasing by an average of 1.2 million barrels per day over the next five years.

With benchmark oil prices back around US$58 a barrel and the discount for Canadian crude falling this winter due to production curtailment, companies will soon have the financial ability to grow again.

But will they do so in this country?

“The cash flows from the oilsands companies are going to be strong again and the big question is where will they put their money, because if you don’t have the market access, you are not going to reinvest it to grow,” said Peter Tertzakian, executive director of ARC Energy Research Institute.

Speaking from Houston, federal Natural Resources Minister Amarjeet Sohi said Wednesday he met with leaders from Exxon Mobil, ConocoPhillips and Chevron this week to stress that Canada is open for business.

However, until new pipelines are built, such talk rings hollow.

The IEA report is just another reminder that Canada’s pipeline slumber must come to an end.

It’s time to wake up.