Premier Jason Kenney calls it a “no-brainer” as Alberta presses for $30 billion in assistance and incentives from Ottawa to promote carbon capture utilization and storage projects in the province.

It’s a tidy sum — roughly the same amount of money NASA has said it will need to pull off another moon landing.

Well, if you’re going to think big, you might as well set your sights on the stars.

It’s hard to know if the Trudeau government will consider

At least the two sides are talking.

Both agree CCUS holds great potential for Canada — and Alberta — to curb emissions.

The federal and provincial governments announced Monday they are setting up a working group to examine carbon capture technology, which involves storing emissions underground.

On Tuesday, they followed up with a joint announcement that included the premier, the federal environment and natural resources ministers, as well as both of their provincial counterparts.

They were marking the milestone of one million tonnes of carbon dioxide being captured and shipped through the Alberta Carbon Trunk Line (ACTL) to Enhance Energy’s oilfields near Clive in central Alberta, where it’s used to improve oil recovery.

“We are only scratching the surface of what we can do,” Enhance Energy CEO Kevin Jabusch told the news conference.

The two levels of government will have plenty to talk about in the month ahead, as they set aside their feuding over issues such as the national carbon price and the Clean Fuel Standard.

The Kenney government has drafted a new strategy to lower industrial emissions in the province by 30 megatonnes within the next decade.

It also includes a hefty request for federal assistance.

“We are talking about $3 billion a year when the energy sector contributes hundreds of billions of dollars a year to the national economy. So let’s put that in perceptive,” Kenney told reporters Tuesday.

Federal Environment Minister Jonathan Wilkinson wasn’t about to offer any commitments when asked about the request, but he did talk about the importance of the new working group and the promise of CCUS technology. 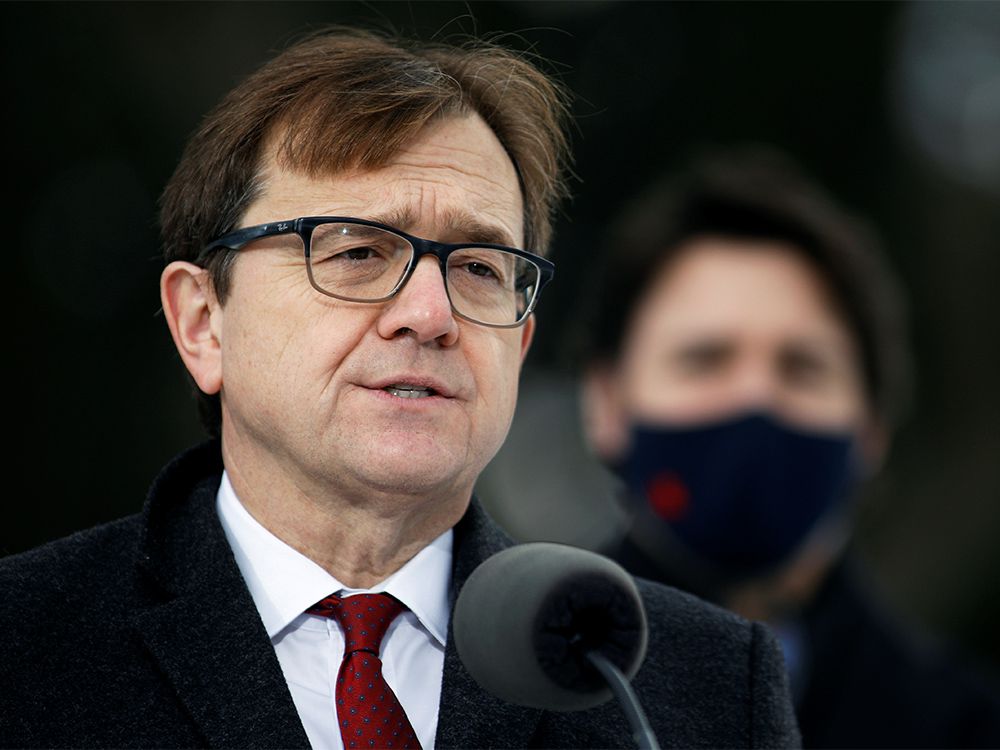 “There are a number of ways in which you can incent deployment of technologies like this. One of them is putting a price on pollution,” he said.

“But there are other ways — some of them involve creating these kinds of tax incentives that they have done in the United States.”

Tuesday’s news conference was a bit like watching frenemies getting together for lunch, both sharing a common interest but also wary about their sharp differences.

Wilkinson noted at one point that “technology is not a silver bullet, nor is it in and of itself a climate plan.”

Kenney pointed out the importance of the energy sector to the national economy, noting Ottawa has provided industrial supports to the aviation and auto sectors in Central Canada.

Regardless, Alberta’s new industrial emissions reduction strategy does set out the scale of the challenge the province — and Canada — will face meeting the country’s objective of achieving net-zero emissions by 2050.

Alberta is the largest emitter of greenhouse gases in the country, with 70 per cent of its total — about 191 megatonnes — coming from the industrial sectors, such as oilsands facilities, power plants and agri-chemical operations.

The province is currently reducing industrial emissions by about 30 megatonnes under its policies. According to the document, those efforts will be matched by a similar reduction over the next decade, but it requires a sizable investment from the federal government.

Energy Minister Sonya Savage said the provincial target won’t be reached without CCUS being deployed on a large scale.

“This is the only way we’re going to do it,” Savage said in an interview.

Alberta’s experience with carbon capture dates back more than a decade with the former PC government’s investment of more than $1 billion to promote such developments.

Jabusch said CCUS is one of the few ways to make a large dent in emissions from hard-to-decarbonize areas of the economy, noting Alberta will need more projects to be built.

However, it will likely require government assistance to attract private-sector investment.

“It does need a kick-start today, but once it gets going and there is a comfort that the regulation is stable, it will be a big part of the province’s future,” he said in an interview.

The Trudeau government announced in December that Canada would exceed its Paris climate target, reducing emissions by at least 32 per cent below 2005 levels by the end of this decade, along with its net-zero commitment.

The federal plan discusses creating a CCUS strategy, although that doesn’t mean it will be on board for Alberta’s financial request.

“CCUS is definitely interesting technology . . . Is it really worth $30 billion?” said one federal official. “Think about the opportunity cost of spending that to lower your emissions somewhere else.”

The idea will face staunch political opposition from environmental groups, who maintain the request is a subsidy for the oil and gas sector and believe a higher carbon tax will provide an incentive for future carbon capture developments.

Some industry players wonder if the province will hit pay dirt, given the testy relationship between the two governments, but say it’s a case worth making, given the jobs and investment it could attract.

“If you were to get a noticeable contribution from the federal government of $5 billion to $10 billion to develop (carbon) pipelines . . . you could have an incredible win in Alberta,” said one oilpatch executive.

It’s too early to say if this financial pitch will be a no-brainer for Ottawa.

But if the Kenney government can land its request, a big part of its own emissions-reduction plan will move a lot closer to liftoff.