ries — and can the lion’s share of Canada’s oilsands production really get to net-zero emissions within three decades?

If Canadians want to see how serious the push is to reach the net-zero mark by 2050 and decarbonize the energy industry, two announcements on Wednesday provided some tangible evidence.

Pennsylvania-based Air Products, which operates in 50 countries and has a market capitalization of US$65 billion, announced it has plans to build a

The company’s Alberta operations would produce more than 1,500 tonnes of hydrogen per day and, if built, the hub is expected to begin operating in 2024.

In a separate announcement, five major Canadian oilsands producers have formed a new alliance, pledging to work together to

reach net-zero emissions from their operations by 2050

It’s a commitment to collaborate by an oilsands industry that has faced relentless criticism over its greenhouse gas emissions for more than a decade.

“This is a watershed event,” said Derek Evans, CEO of oilsands producer MEG Energy, one of the five group members.

“I am going to be going home tonight and be able to look my kids in the eye and say, finally, we have turned the dial on this. We are going to make this thing happen.”

Those are bold proclamations.

New technology will need to be deployed, investments will be required for carbon capture utilization and storage (CCUS) projects and other net-zero initiatives.

Yet, if Canada’s oil and gas industry — and the thousands of people who work in it — can solve this conundrum, it provides an opportunity to produce petroleum in a decarbonized world that will still need such resources for decades to come.

“It is significant but at the same time, it’s also inevitable. The world is changing,” said Simon Dyer, deputy executive director of the Pembina Institute.

“Climate risk is an existential risk to these companies. So it represents, finally, an acknowledgment that Canadian oil and gas is going to compete on price and carbon intensity.”

Together, they represent about 90 per cent of total oilsands output and generate about 68 megatonnes of emissions annually.

Their collective plan is to lower overall emissions by about 22 megatonnes by 2030 and cut another 25 megatonnes a decade later, before reaching net-zero status.

One of the group’s initial ideas is a proposed CO2 trunk line that would connect oilsands operations near Fort McMurray to a carbon sequestration hub in the Cold Lake area. 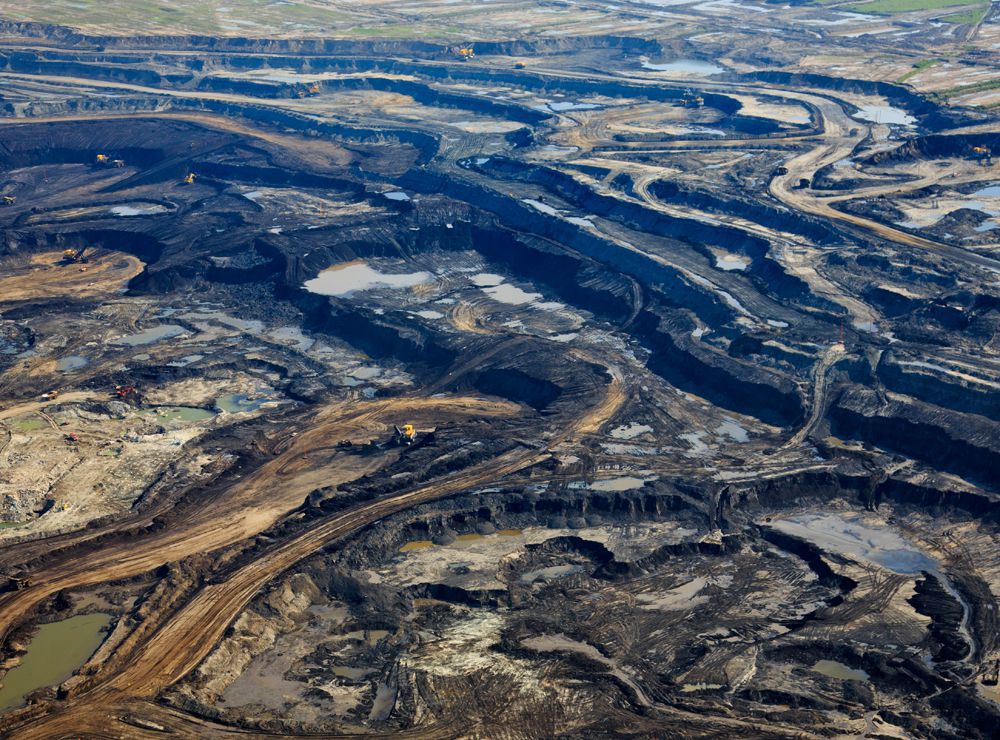 Evans hopes to see significant involvement by governments on the “enabling infrastructure,” although the group hasn’t made a specific financial request.

“Over the next 30 years, we think it will cost about $2.5 billion a year to get this up and running and achieve that emissions reduction target of 68 million tonnes. It’s not going to happen all at once,” he added.

Other ideas the alliance will examine include the use of clean hydrogen, CCUS projects, more electrification, as well as pivoting into evolving areas such as using small modular reactors and direct-air capture initiatives.

The stakes are high.

“The producers with the most technically advanced teams will lead the energy transition over the next several decades,” analyst Travis Wood with National Bank of Canada said in a report.

“We see this announcement as a win for the energy sector.”

It’s important that Alberta and the industry make progress as the country has committed to net-zero emissions by 2050.

The entire oil and gas sector made up 26 per cent of Canada’s total emissions output in 2019, and overall industry emissions have risen since 2005 as oilsands production has increased.

Premier Jason Kenney noted the oilsands has lowered its emissions per barrel by about 30 per cent since 2000, although reductions to overall industry levels — and then getting to net-zero — will require a herculean effort and multiple steps.

“It is audacious and, let’s be honest, there is no easy path to achieving that goal,” Kenney told reporters.

“The application of technology is the solution.”

The hydrogen facility announced by Air Products, which is already operating in Alberta, is particularly significant.

The development has approval from the company’s board, contingent on finalizing agreements with the federal government.

Alberta’s TIER system fund will provide $15 million toward the complex; the project may also be eligible for money through the province’s new petrochemical incentive program.

The company says the project will create about 2,500 construction and engineering jobs. 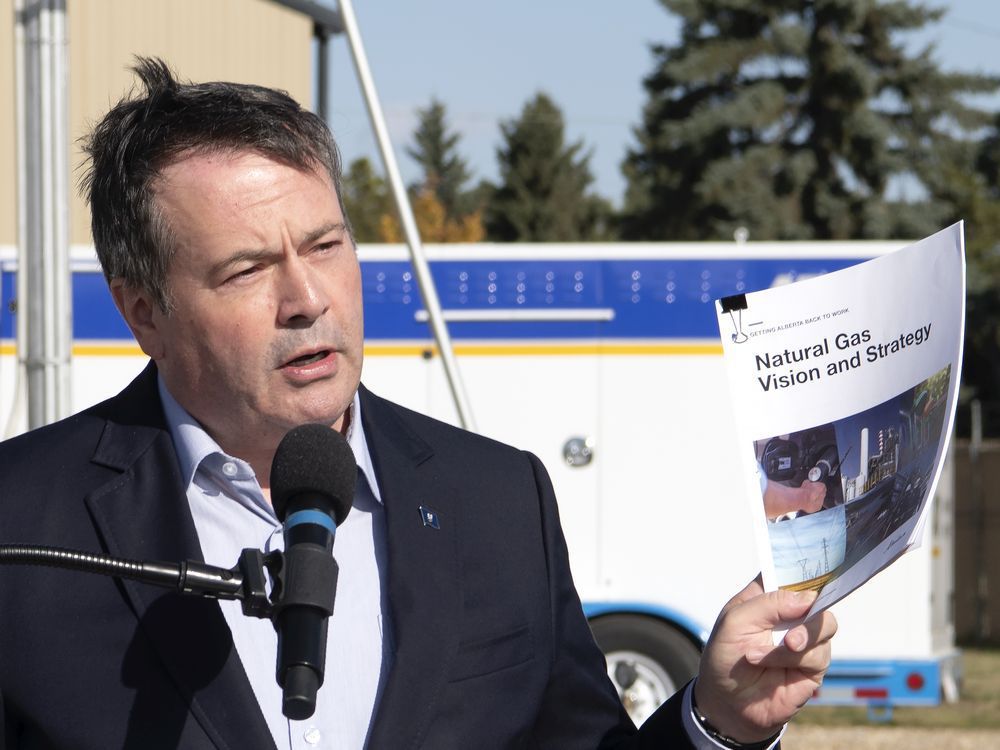 The Alberta facility will capture more than 95 per cent of carbon dioxide emitted from natural gas that’s used to create so-called “blue hydrogen” and inject them deep underground. Hydrogen-fuelled power will offset the remainder, while excess electricity will be exported into the provincial grid.

The project will also produce liquid hydrogen, which can be used for industrial purposes and in the transportation sector.

The era of oilsands megaprojects has waned, but these are the kinds of massive capital investments the energy sector will be making in the future, just as Suncor Energy is building a new $1.4-billion cogeneration project at its oilsands base plant.

Canada has the natural resources to capitalize on the low-carbon opportunities ahead, but it will need to attract investment.

Companies will require certainty from policy-makers to do that.

Wednesday’s twin announcements represent the flip side to the debate, an opportunity for an energy sector that is trying to map out its future in a net-zero world.

“To me, this is the difference between playing defence and offence,” concluded Evans.

“We are actually going out there to do things, as opposed to defending the status quo.”

Previous : A timeline of the controversial Keystone XL pipeline project
Next : ‘This is final’: The stars were never aligned for Keystone XL, circa. 2008-2021