What will happen to Line 5 next week as Michigan’s governor has set a deadline for Enbridge’s pipeline to stop operating?

How much will the derailment of Keystone XL eventually cost TC Energy and Alberta taxpayers, now that U.S. President Joe Biden has ripped up permits for the cross-border project?

What will these setbacks mean for Canadian petroleum producers, who’ve been waiting years for additional pipeline capacity to be built?

The truth is out there.

“Pipelines have been a lightning rod for over a decade in North America,” said Kevin Birn, chief analyst of Canadian oil markets for energy consultancy IHS Markit.

“We’ve had progression on Trans Mountain and progress on Line 3, but we’ve also had to go backward on Keystone XL again — and now we have Line 5 in the tug of war … We are still having those disagreements.”

On Friday, Enbridge CEO Al Monaco provided an update on the ongoing tussle over Line 5 as a state deadline approaches.

He reiterated the company plans to keep operating the energy artery that ships western Canadian crude to Central Canada, with the Line 5 route running under the Straits of Mackinac and moving product through Michigan to Sarnia, Ont.

“Certainly, we are in compliance with the (pipeline’s) easement and the law,” Monaco said during a first-quarter earnings call.

“The courts are reviewing the state’s challenge to the pipeline and that’s going to take a while, so no decisions, in our view, are imminent.” 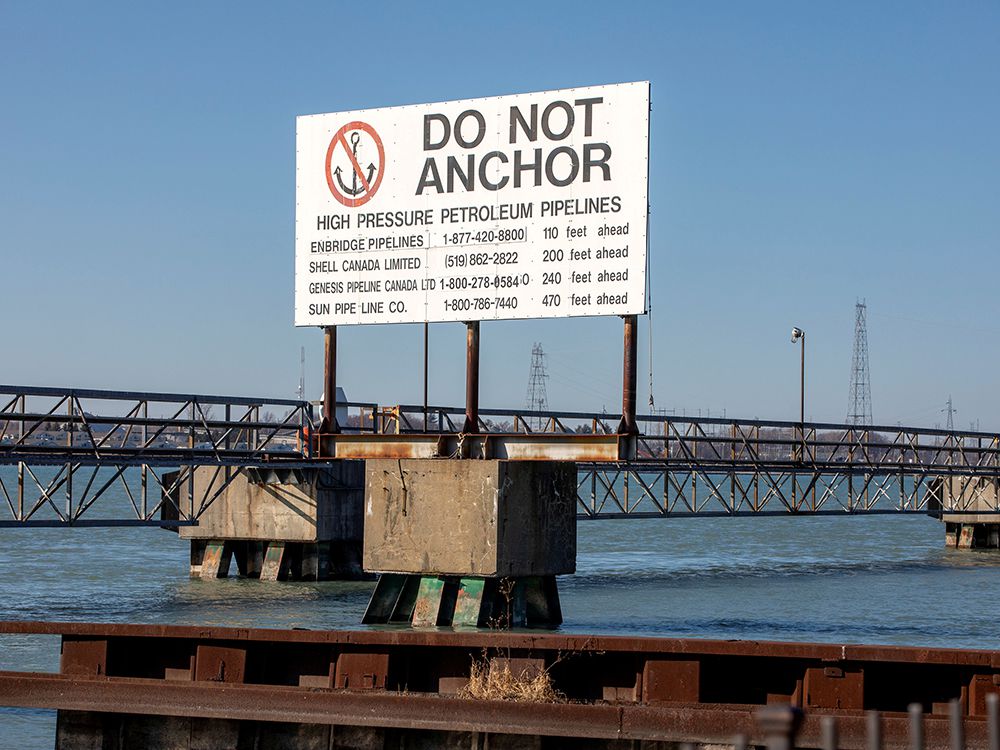 Monaco also provided a blunt assessment about the fallout for consumers if the existing pipeline, which was built in 1953, is shut down. The state is seeking to terminate the easement for Line 5 to pass under the straits.

The pipeline is a critical piece of energy infrastructure for Canada, supplying about half of the oil required in Ontario and Quebec. It also delivers oil and natural gas liquids to refineries in Detroit, Toledo and Warren, Pa.

“You just can’t take 540,000 barrels a day out of the market and not have bad things happen ultimately to consumers, (petrochemical complexes) and refineries,” Monaco added.

That sounds like the name of a classic 1970s rock band, but in this case, it will be playing a terrible tune for Canadians if the line is eventually shut down.

Concerns over the pipeline have been building since Gov. Gretchen Whitmer announced in November that Michigan would terminate the easement, citing safety concerns.

Earlier this week, a spokesman for Whitmer told the Washington Post that keeping the line operating after May 12 would be considered “unlawful.”

Enbridge has taken the matter to a federal court and says Michigan doesn’t have the authority to make such an order as the pipeline is under federal regulatory oversight. A judge has ordered both parties to work with a mediator.

Christine Tezak, managing director of research at ClearView Energy Partners in Washington, D.C., said Whitmer campaigned on shutting down Line 5 but lacks a court order to make it happen.

“It doesn’t have to be a strong legal case to yield political dividends,” Tezak said. 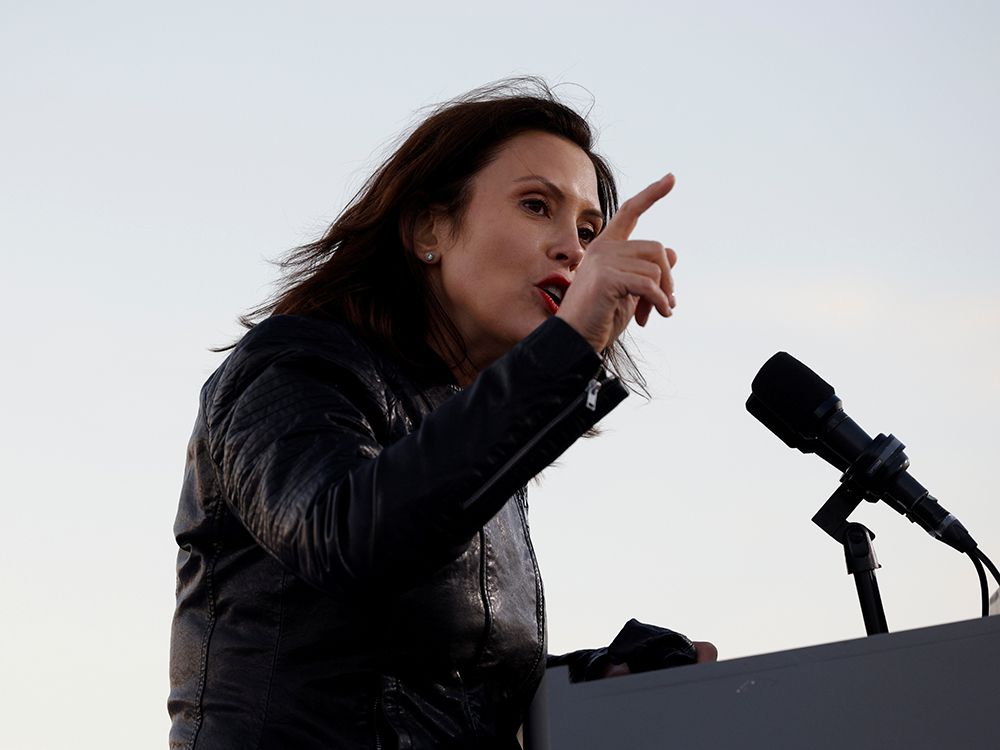 Analysts say shutting the pipeline down would cause fuel shortages and a short-term spike in pump prices in Central Canada, which would ripple into other regions.

If oil supplies back up in Alberta due to a lack of sufficient transportation capacity, it could push down crude prices for producers.

“If this were to proceed, people will very quickly find out the importance that oil and gas, propane, butane still have in the economy of both Canada and the U.S.,” Cenovus Energy CEO Alex Pourbaix said Friday.

“I would actually view this as just an incredibly bad decision if the governor were to go ahead and shut down that pipeline … you’re not going to be improving safety.”

A note released Friday by IHS Markit said halting Line 5 would create a “logistical scramble” for petroleum producers and refiners. Producers would need to find other ways to get at least 400,000 barrels per day to market.

“It does get to the heart of Canada’s energy security,” said industry analyst Susan Bell of IHS Markit, who co-wrote the note.

“It really begs the question of over the long term, is it feasible for us to have energy infrastructure that crosses international borders to serve Canadian customers?”

While an existing pipeline is now in jeopardy, Enbridge said Friday construction of the U.S. portion of the company’s Line 3 replacement project is progressing. The project is expected to startup in the fourth quarter.

Meanwhile, it appears the final chapters are being written on TC Energy’s Keystone XL mega-project.