For those who back oil and natural gas pipelines across North America — including the Alberta government — Monday was a day to remember, but for all the wrong reasons.

A surprising court decision left a major oil pipeline in the United States, the Dakota Access project, facing a legal ruling to

shut down within a month

Just a day earlier, the backers of the proposed US$8 billion Atlantic Coast natural gas pipeline in the U.S.

tossed in the towel after years of delays

But the real news for Alberta arrived late in the day when the U.S. Supreme Court ruled it would not let construction on the long-awaited Keystone XL project start south of the border, although work continues in Canada.

It’s a project that

to be keenly invested in the final outcome.

It means almost all Keystone XL construction in the U.S. is delayed until 2021, instead of starting later this summer, Bloomberg reported.

Calgary-based TC Energy issued a statement late in the day, saying Monday’s ruling “continues to delay large portions of construction on our Keystone XL project,” but noted the company remains committed to the project.

None of this should be a surprise.

Proponents of the Trans Mountain expansion, Enbridge’s Line 3 Replacement Project and KXL have faced setbacks for years — every step forward is often followed by moving back a few squares.

And sometimes, as was the case for Energy East, the project might just be cancelled.

“If you look back a decade, this pipeline tug-of-war has been going on,” said Kevin Birn, an analyst with energy consultancy IHS Markit.

“Overall, it does raise questions about the ability to build infrastructure in a timely fashion in North America.”

This time, the delays are unfolding south of the border, where a U.S. court decision Monday ordered the Dakota Access pipeline, which moves oil out of the Bakken in North Dakota, to shut down within 30 days. The courts vacated permits for the pipeline to cross under Lake Oahe between North and South Dakota.

The line has been operating for three years; appeals are expected.

“It is an indication that it’s hard to build a pipeline anywhere,” said Keith Stewart, senior energy strategist with Greenpeace Canada.

“I keep hearing in Canada, ‘Oh they can build them so easily in the United States.’ Well, clearly not.” 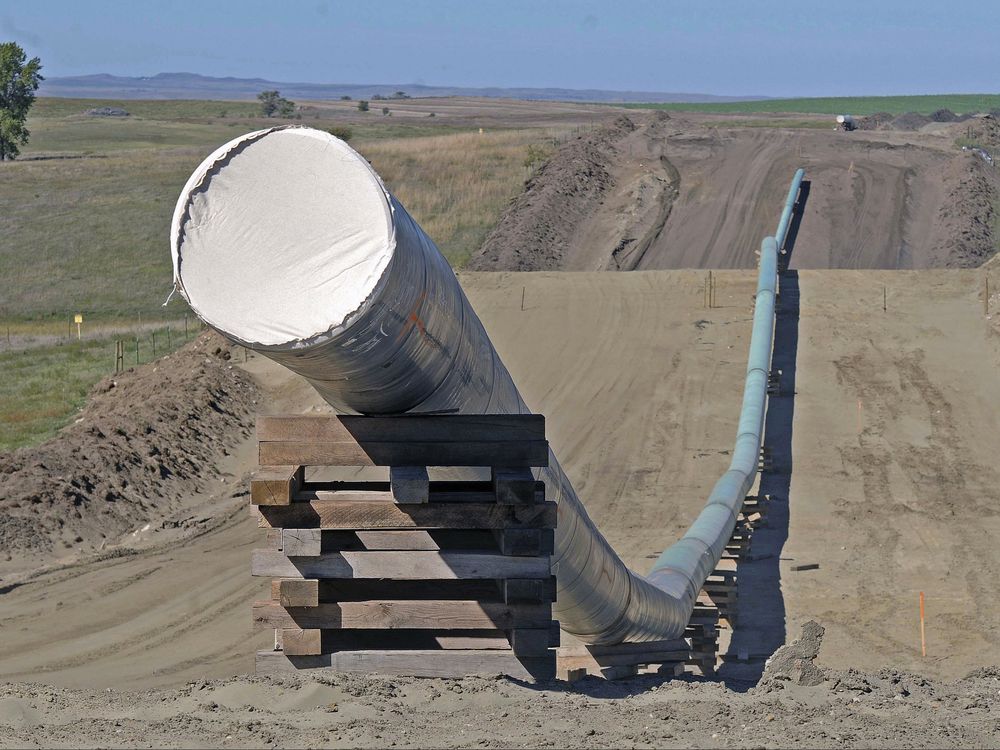 Before the Keystone ruling came down, Christine Tezak, managing director of research at ClearView Energy Partners in Washington, D.C., pointed out there are significant differences between developments such as Dakota Access, Enbridge’s Line 3 replacement project or Keystone XL.

But each case shows how robust the opposition is to these projects.

“If federal agencies don’t dot their I’s and cross their T’s and do a good job on permitting, the opposition to those permits is becoming increasingly successful on judicial review,” she said in an interview Monday.

“The opposition has gotten more sophisticated. They’re bringing better cases and they are winning and they have been successful across a variety of venues.”

For Alberta, the ruling on Keystone XL comes just a few days after Premier Jason Kenney formally announced construction on the project has

kicked off in the province

In March, the UCP government made a $1.5-billion investment in the project to see construction start this year. It also agreed to provide a $6-billion loan guarantee next year.

The province hopes the long-delayed project will be completed in 2023, but with presumptive Democratic presidential nominee Joe Biden vowing to kill Keystone XL if he wins in the November election, the future remains uncertain.

“While we are disappointed in this (latest court) decision, there remains significant momentum behind Keystone XL,” he said in a statement.

“We’re confident TC Energy will continue to overcome roadblocks and setbacks like they have in the past.”

and continues to be built.

The Supreme Court of Canada

by several First Nations in British Columbia that wanted to challenge the project’s 2019 federal approval.

Former federal Natural Resources Minister Amarjeet Sohi believes the Trans Mountain decision shows there is a way to get major energy infrastructure built, although it won’t be an easy road.

The proponents must reduce the project’s impact on the environment, demonstrate a commitment to decarbonization, and have “honest, open dialogue with Indigenous communities” and respond to their concerns, said the former Edmonton MP, who lost in the 2019 election.

“You will never be able to satisfy a very small group of environmental activists because they firmly believe the only way to tackle climate change is to block pipelines,” he said.

“You need to have the vast majority of Canadians on your side, or at least satisfied that you are taking your obligations to those three areas very seriously.”

It’s easy to be cynical that Trans Mountain provides a broad recipe for success, given the project is 70 per cent over its initial budget and still not completed. And it needed Ottawa to buy the pipeline for $4.5 billion when the private-sector proponents were set to walk away because of delays.

But the Trans Mountain expansion is progressing.

And those problems just became a little more complicated on Monday.

Previous : Alberta justice minister cleared in ethics case tied to oil funding inquiry
Next : U.S. approves Pembina’s LNG project, but analysts warn ‘nothing is ever a sure thing now’