The provincial cabinet has 10 days to decide whether Prosper Petroleum Ltd.’s 10,000-barrel-a-day oilsands project can proceed, a Calgary judge ruled Tuesday, in finding that successive governments had dragged their feet on a decision.

“The premier has characterized lesser delays on the much more complicated federal Trans Mountain project as taking too long, even though that project required consultation with over 100 Indigenous groups as compared to the three that Prosper was required to consult with,” Romaine said.

about 85 kilometres northwest of Fort McMurray. The SAGD project was approved by the Alberta Energy Regulator in June 2018. Since that time, the UCP government has been in power for 10 months, while the NDP was in power during the previous nine months that Prosper was waiting for a decision.

“On average, cabinet takes four months to issue a decision under the Oil Sands Conservation Act, and the longest period of time, other than for this applicant, has been seven months.”

The judge said cabinet decisions under the act are normally made in the order they are sent to the government by the regulator.

“At least two with AER approval have received orders in council (subsequent to Prosper),” Romaine said. 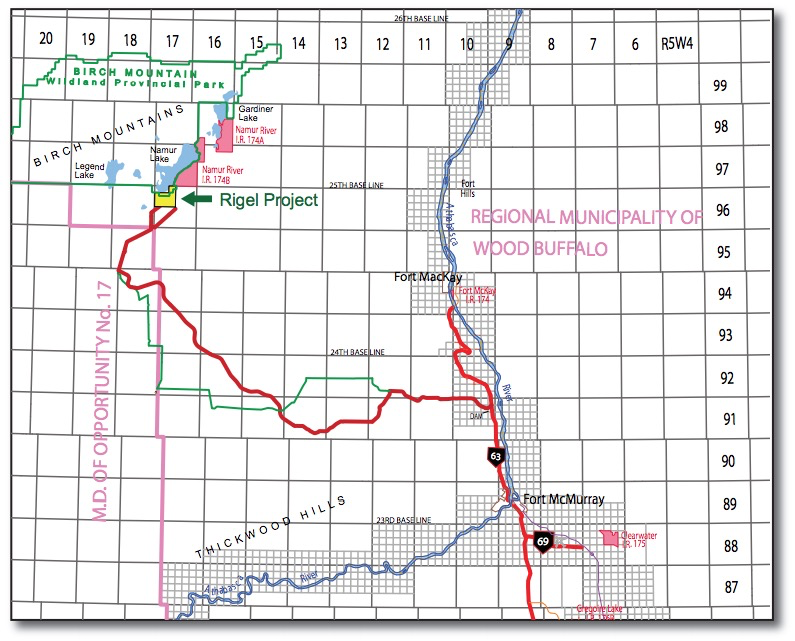 She said that for Prosper to be granted an injunction compelling the province to make a ruling, it had to prove it had a compelling case, would suffer irreparable harm if denied and on a balance of probabilities an injunction was warranted.

“Cabinet’s delay in making a decision was a breach of its duty under . . . the Oil Sands Conservation Act.”

She noted that without a decision soon, not only would the Rigel project be jeopardized but Prosper could be forced out of business.

Outside court, a smiling Prosper CEO Brad Gardiner said he was happy with Romaine’s decision.

“We’re pleased the judge decided in our favour,” Gardiner said.

The Fort McKay First Nation, which argues the Rigel project will have a negative effect on its Moose Lake management plan, has appealed the AER decision.