For the Kenney government and almost anybody interested in oil and gas investment, it was the Sunday night slaughter — sudden news that Teck Resources has

cancelled its $20-billion Frontier oilsands mine.

Federal cabinet was expected to rule on the mine this week. Teck’s sudden decision to withdraw its application has many consequences, but one is to get Ottawa off the hook for a ruling that deeply divided the Trudeau cabinet.

Premier Jason Kenney had made Teck the big test of whether the Trudeau government will allow further oilsands projects. Now the Liberals won’t even face the test.

When the word came out Sunday evening, the province still hadn’t been officially informed by the company or by Ottawa.

But soon enough, Premier Jason Kenney blasted Ottawa for creating such chaotic security risks, including the refusal to clear rail blockades, that the company felt it couldn’t go ahead at this time.

“Teck’s decision is disappointing,” he said in a news release, “but in light of the events of the past few weeks it is not surprising.

Thread? on Teck’s decision to withdraw its application for the Frontier Mine.

“It is what happens when governments lack the courage to defend the interests of Canadians in the face of a militant minority.

“The timing of the decision is not a coincidence. This was an economically viable project, as the company confirmed this week, for which the company was advocating earlier this week, so something clearly changed very recently.”

Technically, they related to dealings between the province and the First Nations, but they had a bearing on Teck and thus made the agreement of 14 Indigenous groups complete.

“My only reaction is that I’m disappointed . . . why would I put a press release out today (announcing support for the project) to hear this kind of news?” Athabasca Chipewyan Chief Allan Adam told Postmedia on Sunday evening.

Teck did not specifically cite the rail blockades but said “there is no constructive path forward for the project,” given that the company is now “squarely at the nexus of much broader issues that need to be resolved.”

Teck makes no mention of resubmitting the application in the future.

This seems to be the end of a project that’s been a decade in the making, passed both federal and provincial regulatory hurdles, and would have created thousands of jobs with potential investment of $20 billion.

“The Government of Alberta agreed to every request and condition raised by the federal government for approving the Frontier project, including protecting bison and caribou habitat, regulation of oilsands emissions and securing full Indigenous support. 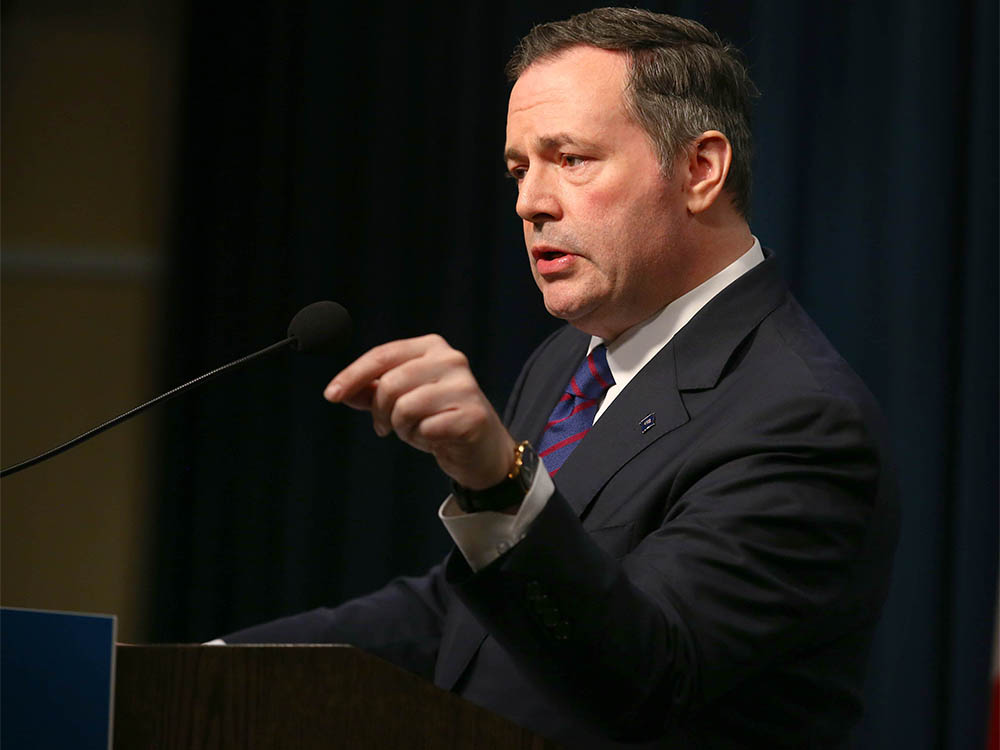 “The Government of Alberta repeatedly asked what more we could do to smooth the approval process. We did our part, but the federal government’s inability to convey a clear or unified position let us, and Teck, down.”

The company pointed out that it had done all the required work and secured unprecedented Indigenous agreement, but still had to cancel because “global capital markets are changing rapidly, and investors and customers are increasingly looking for jurisdictions to have a framework in place that reconciles resource development and climate change, in order to produce the cleanest possible products. This does not yet exist here today.”

Teck expressed hope that withdrawing from the fray will allow Canada to finally settle the issues. True optimists, these people.

There’s an immediate suspicion that Ottawa somehow strong-armed Teck into this decision. But for the directors of this company, just following the daily news was probably enough.

Rail blockades continue to spring up

, paralyzing vital economic links. In B.C., the Horgan government has moved the goalposts on the Coastal GasLink pipeline, sending it back to Wet’suwet’en for further consultation.

Premier John Horgan is now fully immersed in the very mess he created for the Trans Mountain pipeline expansion, whose own future is still very much in doubt.

because of endless hurdles thrown up by governments. Kinder Morgan abandoned Trans Mountain because it saw no way to get the project done.

Teck is just the latest abandoned project — and maybe the last, because it’s unlikely that anything of this size will even be proposed again.

There will be a mighty uproar for days and weeks to come. But one early message is this — First Nations approval, once touted as the route to approval and Indigenous prosperity, no longer means a thing.