When corporate leaders the likes of Warren Buffett and Jamie Dimon speak out, it’s hard not to pay attention.

This week was no exception.

Between editorials penned in the Wall Street Journal and interviews on CNBC’s Squawk Box on Thursday morning, Buffett and Dimon are clearly on a mission to encourage companies and investors to stop thinking short-term and start thinking long-term.

Their position is that the pervasive habit of companies and investors focusing on quarterly earnings and guidance is preventing companies from making the long-term strategic decisions that create lasting value.

And it’s been going on a long time.

When Frank Mersch left Altamira 20 years ago, he said one of the reasons he was ready for a change was how dramatically the investment landscape had changed.

In an interview with this columnist, Mersch said when he first started managing money, he would be measured on an annual or semi-annual basis. He could live with that. But then it became quarterly, monthly, even weekly.

And his comment was that it’s very hard to make long-term decisions if the time horizon in terms of expectations is too short.

While not everyone will buy into Buffett’s and Dimon’s views, it should not be dismissed.

In their editorial piece, they correctly note that much of what societies and companies benefit from today has a direct line to a company, or politician, taking a long-term view.

When companies subscribe to the tyranny of the quarterly earnings schedule, Buffet and Dimon argue areas such as investing in technology, research and development don’t happen. But it’s those kinds of investments — that sometimes don’t have a clear line of sight and require patience to show results — are what companies need to consider.

They also make the argument that growth potential is capped when companies choose to stay private, rather than go public and increase their access to capital.

“Short-term oriented capital markets have discouraged companies with a longer-term view from going public at all, depriving the economy of innovation and opportunity. Fewer public companies has also meant fewer opportunities for retail investors to create wealth…,” they wrote.

The reason often given for companies choosing to be privately-held is that they want to be able to make those longer-term decisions and not be penalized for it in the market.

Which can mean investing in research and development and other initiatives.

The oilpatch is often pegged as a laggard in terms of research and development spending, especially when compared with other sectors.

But when times are good and prices are high, companies want to sell as many barrels as possible. Anything that could compromise capturing the value of that production is simply not up for discussion.

And they do that because that’s what investors want.

However, not investing in processes that can ensure long-term competitiveness and profitability means when the prices weaken, as they often do in the world of commodities, value is destroyed rather than created.

You could argue that is what has taken place since oil prices cratered in 2014. While there is no denying the negative impact — both corporate and personal — the low pricing environment has served as a catalyst for Canada’s energy sector to be more aggressive on increasing competitiveness by decreasing costs.

If past recoveries in the oilpatch were tied to rising prices, the current recovery will be tied to innovation and technology, which means patience and investment. 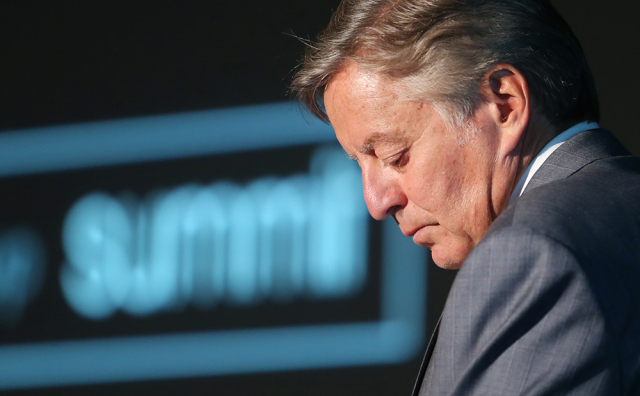 The issue of short-termism is a concern that has long been raised by ARC Financial co-founder Mac Van Wielingen and is a key focus of the Canadian Centre for Advanced Leadership in Business at the University of Calgary’s Haskayne School of Business that he and his partners at ARC founded in 2011.

Getting back to a longer-term horizon, Van Wielingen has said, requires both governance and leadership; that philosophy is in evidence at ARC Financial, within the company’s private equity investment portfolio, as well as ARC Resources.

Think about where Suncor would be today had it not taken the risk and the long-term view back in 1998, when it announced Project Millennium at a time when oil prices were about to slip below US$10 per barrel.

But that project was a company-maker and Suncor has since grown to be Canada’s largest energy company.

It’s that long-term view that is in clear evidence again, with its CEO, Steve Williams, weighing in on the need for the energy sector to continue to innovate to decrease carbon emissions and increase productivity and competitiveness, as he did this week at a half-day conference sponsored by the University of Calgary’s School of Public Policy and the Ecofiscal Commission.

Another example of shrewd, long-term thinking in Canada’s oilpatch is Canadian Natural Resources, which has made counter-cyclical investments — buying when others were selling. The proof of that approach is evident today.

The challenge, of course, is that going back to an environment of long-term thinking will not happen overnight, neither for companies, investors, nor politicians.

The reality is that the systems which once accommodated the longer term thinking have been inextricably changed to the shorter horizon; shifting back into a long-term horizon within this pervasive short-term structure and investing mentality is going to be very complex.

This isn’t the first time Buffett and Dimon, in conjunction with the Business Roundtable, have put this forward; they are building on a narrative that was started in 2016. Their concerns, ideas and suggestions should be heeded.