One is a reward: the potential for more oilpatch investment, if the price discount on western Canadian crude continues to shrink.

The other is a risk: the possibility of getting offside of international trade deals by restricting Alberta’s oil production.

On the spending question, the country’s largest petroleum producer laid out Wednesday two possible plans for 2019.

Canadian Natural Resources announced it has set a base capital program of $3.7 billion for next year.

It is, until you consider the company says that’s about $1 billion less than its normal annual capital spend.

“We are being very disciplined in when and why we are spending money in 2019,” Canadian Natural president Tim McKay said at the company’s investor day in Toronto.

“If we see clarity on market access, we would look to increase the capital budget to a more normalized level of $4.4 billion.”

Canadian Natural plans to drill 97 wells next year, down 81 per cent from this year’s expected mark. If that base plan holds, it means fewer jobs across the oilfield services sector.

The company has been a major backer of the province curbing production to resolve Alberta’s glut of oil and lack of pipeline capacity to ship it to market.

Under Premier Rachel Notley’s program to cut output by 8.7 per cent starting next month, Canadian Natural will be required to lower its production by about 60,000 barrels of oil per day.

Across the entire industry, total production will fall by 325,000 barrels per day until the end of the first quarter, and the reduction would likely ease to an average of 95,000 bpd for the rest of the year.

If curtailment leads to a smaller price differential between Western Canadian Select heavy oil and benchmark U.S. prices — as it has this week — and if transportation capacity by rail and pipeline increases next year, Canadian Natural could boost its capital spending by $700 million.

“With curtailment, there is more cash flow and more ability to spend,” she said, noting overall global oil prices are another wild card in the spending equation.

“I still think spending is going to be less than in 2018, but it’s going to be quite a bit higher than if we didn’t make the change.”

Gary Mar, head of the Petroleum Services Association of Canada, said his members are waiting to see the effect of the policy and how much spending that generates from producers for the oilfield services sector.

“Our guys only work when there are projects in the ground. It remains to be seen if the curtailment program will create more opportunities to work or not,” he said.

Under the North American Free Trade Agreement — still in effect for the time being — a proportionality clause says Canadian oil shipped south of the border as a percentage of total supply can’t drop from its three-year average because of government restrictions.

Barry Appleton, a Toronto-based lawyer who specializes in international trade, thinks the province will be offside NAFTA and other deals that guarantee security of energy supply to the United States.

“The proportionality rule is going to apply here, even though it’s not officially a restriction in exports. A curtailment is, by its effect, a curtailment on exports and therefore it triggers that rule,” Appleton, who has written books about NAFTA, said in an interview.

The province has said its policy is designed to push up Canadian oil prices, which could also put it at odds with trade accords.

“I see no evidence that it is onside and the simple assurance that, ‘Don’t worry, everything is fine,’ probably isn’t good enough given the severity of the issue,” Appleton said.

Other trade analysts and provincial officials disagree, as do companies such as Cenovus Energy that pushed for the required oil cut. 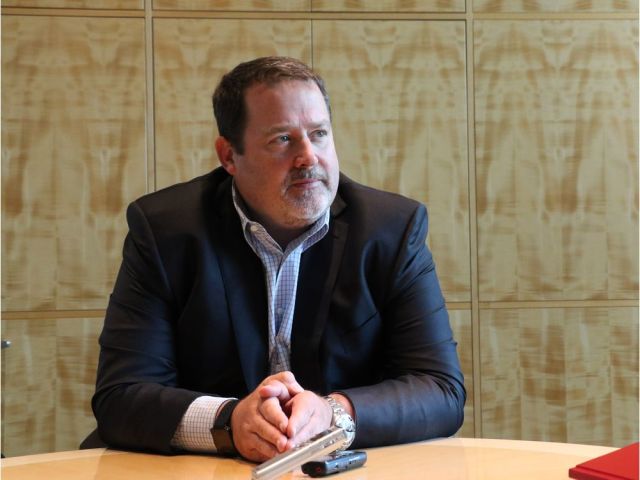 “We took a really hard look at this, spoke to a number of trade experts, and they were of the view that this would not run afoul of any of the treaties or obligations,” Cenovus CEO Alex Pourbaix said in an interview.

Likewise, Energy Minister Marg McCuaig-Boyd said Wednesday the province has done its homework and is confident the decision is trade compliant.

But no one really knows how a mercurial, anti-trade president like Donald Trump will react to news Canada is trying to coax up oil prices, if he pays any attention at all.

Experts point out no one can guarantee what the outcome would be if the policies are challenged politically or through a trade tribunal.

“It is possible here that it creates trade law problems for us,” concluded Elizabeth Whitsitt, a University of Calgary law professor who specializes in international trade.

Curtailment may carry an element of exposure on the legal front, but it should provide a potential payoff if it boosts Canadian oil prices and industry spending.

Nothing, however, is simple when it comes to the intricacies of government intervention in the energy game.

Previous : Uncharted Territory: Canadian Energy Industry Challenges that Need to be Addressed to Move Forward – Reynold Tetzlaff
Next : The U.S. just became a net oil exporter for the first time in 75 years