The resort community of Whistler thought it was going to send a tough message to the largest petroleum producer in Canada’s oilpatch.

Instead, the energy industry sent a message right back: It’s not prepared to play the role of willing scapegoat in a climate-change blame game.

“To those who attack the oil and gas industry or the pipeline industry, I would suggest they should focus on cleaning up their own backyard,” Cenovus Energy CEO Alex Pourbaix said in an interview.

The curious case of Whistler vs. the Oilpatch began last month after the B.C. community north of Vancouver sent a letter to Canadian Natural Resources, chiding the Calgary-based company for contributing to global warming.

The popular skiing community, which sees more than three million visitors annually, noted environmental modelling shows it will experience the effects of climate change through less snow and more rain in the winter, and hotter summers in the future.

“All levels of government, industry and individuals bear responsibility for solving and paying for climate impacts. However, we suggest that your company and industry bear a larger portion of the responsibility,” Mayor Jack Crompton stated in the letter.

“We are writing to ask your company to commit to pay a fair share of the costs of climate change being experienced by Whistler.”

Setting aside the question of exactly how Whistler would calculate costs to be assigned to one company in one sector for a global problem, I’m sure the local council didn’t think much more about the note once it went out.

Similar letters have gone out from other cities over the past year.

But timing, as they say, is everything.

Given the angst growing in Alberta’s energy-driven economy today, Whistler’s letter could not have arrived at a worse moment.

The industry recently faced record price discounts for Western Canadian crude due to a lack of pipelines. Until a few weeks ago, the wide price differential was squeezing cash-flow levels for producers, threatening more layoffs.

The steep discount has led the Notley government to curtail Alberta’s oil production by almost nine per cent, beginning next month.

The anger and anxiety in Alberta surrounding these problems could be seen on the faces of people at large demonstrations that greeted the prime minister in Calgary last month, in Drayton Valley and Grande Prairie recently, as well as at Calgary city hall on Monday.

For many, the final straw came with the insulting remarks tossed out by Quebec Premier Francois Legault following a first minister’s meeting earlier this month, when he said the province would never accept a proposal to revive the Energy East pipeline as it would send “dirty energy” across Quebec.

Amid this cacophony of voices, Whistler’s letter landed in Calgary with a thud.

By last week, it was being shared around the oilpatch, an emblem of the enduring hostility some Canadians have toward the entire industry. 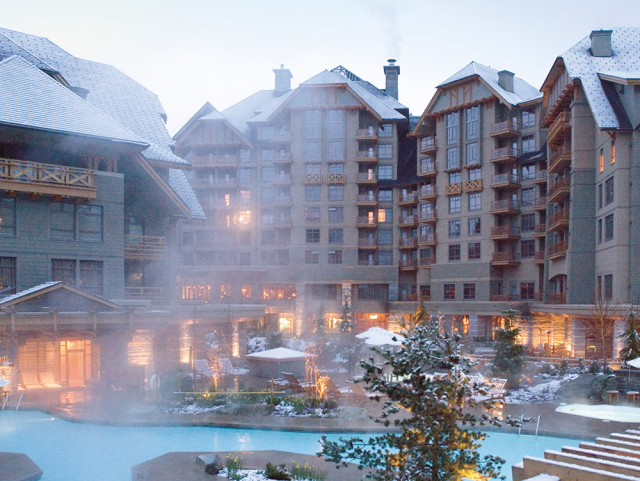 Whatever point it was trying to make about the impact of climate change was quickly lost in the rhetoric of blame.

Whistler officials quickly grasped the potential threat of a boycott organized against a resort community that relies on tourists, including many from Alberta.

After being contacted by Postmedia, the mayor issued a statement stressing the letter wasn’t intended to make anyone feel uncomfortable.

A one-minute video was posted online the following day with a similar message.

“I sincerely regret that anyone felt unwelcome here,” Crompton said.

I strongly suspect the regret wasn’t because the letter was seen as a mistake; the regret came because they were being called out for hypocrisy.

As the world’s population is projected to top nine billion people by 2040, the demand for energy will increase by 27 per cent, it stated.

Canadian Natural president Tim McKay noted the company has spent $3.1 billion since 2009 on research and development, reducing emissions per barrel by 18 per cent since 2013.

“Canada should have a major role in providing responsibly produced, low GHG intensity oil and natural gas to growing economies, lifting millions of people out of poverty,” McKay wrote.

Albertans and people in the energy sector keenly understand the broader issues and environmental challenges ahead.

Federal data show Alberta’s greenhouse gas emissions climbed 14 per cent between 2005 and 2016, mainly because of increased oil and gas production.

Yet, the same federal report noted between 2010 and 2016, the emissions per barrel in Canada’s oilsands has dropped by about 15 per cent due, in part, to “technological and efficiency improvements.”

For the past decade, Alberta has a levy on large industrial emitters of greenhouse gases; it also has capped total emissions from the oilsands.

Cenovus Energy, one of the largest producers, pointed out 80 per cent of emissions from a barrel of oil comes from consumption; 20 per cent is generated by producing the crude.

In other words, a global issue like climate change will require international action from all corners, not local grandstanding to score cheap points.

And those who simply want to point fingers will be met with resistance.