Oil prices have darted past US$45 a barrel this month and a new OPEC+ deal is in place, yet Canadian petroleum producers are remaining cautious and keeping a tight grip on their pocketbooks heading into 2021.

Like a holiday shopper looking to tackle their credit card bills after Christmas, many producers are aiming to shore up their finances and pay down debt next year after piling on red ink when oil prices collapsed earlier this spring.

“They are hoping for the best, but planning for the worst,” added Victor Vallance, DBRS Morningstar senior vice-president of energy. “They want to maintain flexibility and preserve their balance sheet strength as much as they can.”

Even with a recent rally in oil markets, some companies are expecting to keep spending levels flat or trim their capital plans next year.

Since the end of October, prices for U.S. benchmark West Texas Intermediate (WTI) crude oil have rebounded by 27 per cent, closing Monday at US$45.76 a barrel.

Progress on the development of

and the expected impact on energy demand, along with last week’s deal by OPEC+ countries on setting production levels in January, has fuelled optimism in the market.

Canadian petroleum producers remain focused on spending within their cash flow levels and paying down debt if commodity prices continue to rise.

Athabasca Oil Corp. said it would earmark $75 million for its capital program next year, a 12-per-cent drop from 2020 levels.

“The most important thing you can do right now is protect your balance sheet and that means you have to be prudent with capital spending — and don’t spend ahead of pricing that still has uncertainty in it.”

Crescent Point announced Friday it will spend between $475 million and $525 million next year with a budget “designed to position the company defensively” given volatile commodity prices, CEO Craig Bryksa said in a statement. The Calgary-based company expects to spend $665 million this year.

Similarly, Baytex Energy Corp. announced last week it would trim its capital expenditures to about $250 million next year, down from $275 million.

“Our program is focused on maximizing free cash flow. We are continuing to de-lever,” Baytex CEO Ed LaFehr said in an interview.

“The market is still what we would view as quite fragile, relying on OPEC+ to maintain their discipline and hoping for a vaccine to come into play.” 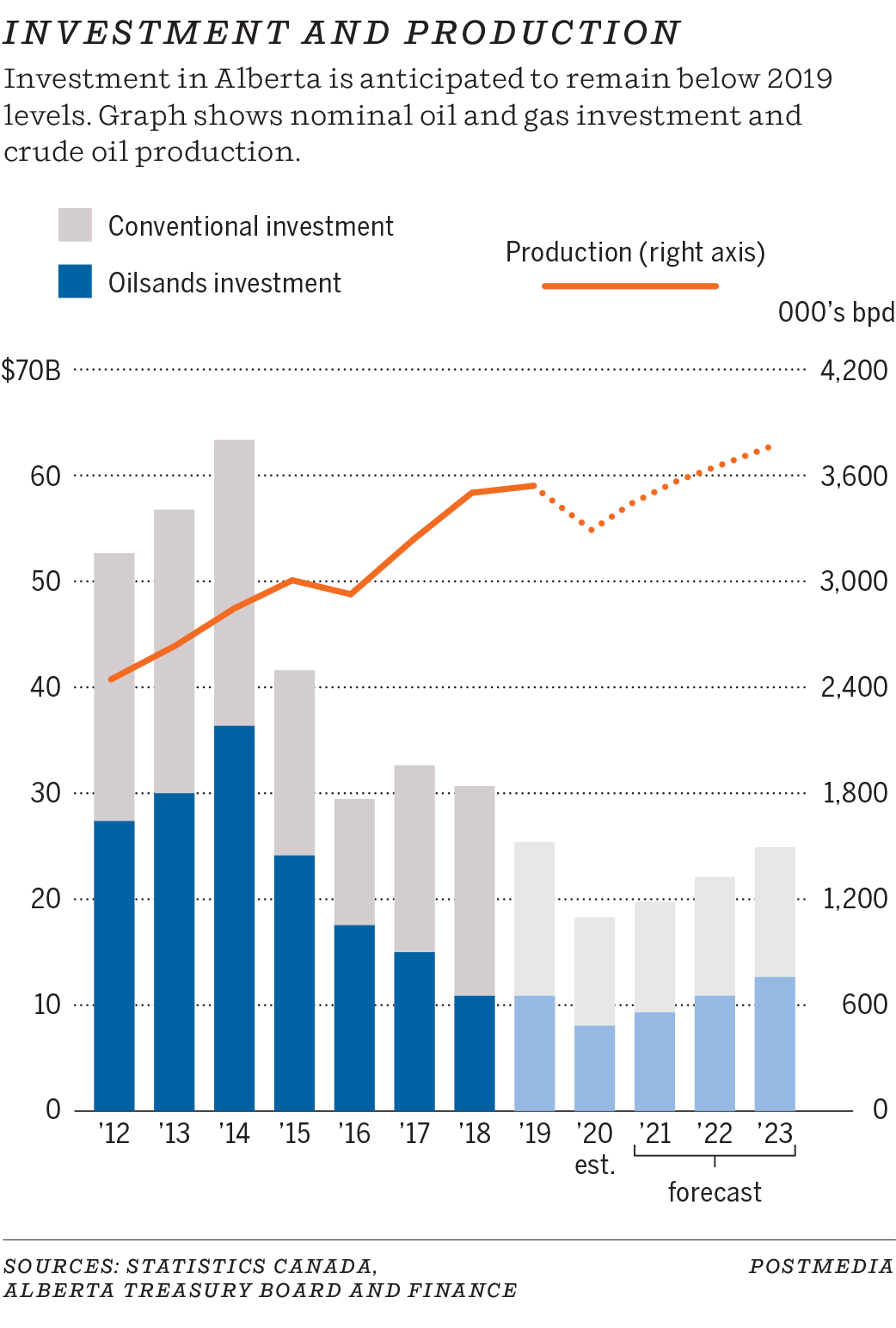 Aside from benchmark oil prices, the price discount facing Western Canadian Select heavy crude is also uncertain as provincial curtailment levels have been lifted and production is increasing, he said.

Much of the cautious tone is tied to ongoing efforts to repair the damage caused by a precipitous drop in oil prices this year.

As prices nosedived below $20 a barrel in April after a price war erupted between OPEC and Russia over the issue of production cuts, Canadian companies responded by slashing spending, but still piled on additional debt.

A new study by Raymond James found lending to energy companies (upstream and downstream firms) by the six major Canadian banks jumped from $58 billion in the third quarter of last year to $74 billion in the second quarter of 2020.

As oil markets have recovered, those lending levels eased back to $66 billion in the July-to-September period.

While energy industry lending comprised five per cent of wholesale bank lending, it made up 18 per cent of the impaired loans. That means banks will “play a major role on capital spending plans going forward” in the oilpatch, the report stated.

McCrea noted the number of energy loans classified as impaired has dropped to 3.1 per cent, down from 3.8 per cent during the third quarter, although that’s still an increase from levels seen last year.

“As the impairments are coming down and improving, that should give a little bit more flexibility for companies to say, ‘OK we can spend a little more than what we were planning to, but it’s still not back to levels we were at in 2019,’” he said.

“The banks will still be dictating some (spending) here.”

Analysts expect some producers could bulk up their capital programs during next year if oil prices stabilize and the outlook on the pandemic — and the impact of demand for energy — becomes clearer. Stronger natural gas prices in recent months have also led to some modest spending increases.

According to provincial estimates, total industry capital spending next year in Alberta will edge up slightly to $19.4 billion, an increase of $1.7 billion from current levels, yet still about 25 per cent below last year’s activity.

Companies that have made larger acquisitions — such as Whitecap Resources Inc. and Tourmaline Oil Corp. — are also planning on spending more in 2021, although overall expenditures will largely be flat next year, according to ATB Capital Markets.

“The higher oil price has some fragility to it,” cautioned analyst Patrick O’Rourke of ATB Capital Markets.

“We need to get a better line of sight on what hopefully the post-COVID economy and demand looks like. And that is when I think producers will start to re-evaluate.”