Alberta’s new natural gas strategy has something old, something new and even something blue — blue hydrogen — in its plans.

The roadmap does have bold aspirations and lays out a big reward at the end of the journey, although it will require more work in the years ahead to detail exactly how Alberta will get there.

“There’s a lot of in it and a lot to unpack,” said Ian Archer, associate director of North American natural gas for energy consultancy IHS Markit in Calgary.

“It is ambitious and will probably require more than Alberta to pull this off.”

On Tuesday, the province unveiled its strategy document to

bolster the gas business in the province

. It sets out the new goal of becoming one of the world’s 10 largest petrochemical producers, and will promote the nascent hydrogen industry.

Alberta will continue backing LNG projects in Canada, as it has done in the past, promote the use of gas for industrial purposes (such as replacing coal in electricity generation) and push for the province to become a centre for plastics recycling within a decade.

These are laudable goals.

This is the second major report on gas to come from the province since 2018, underscoring the potential of the sector, which has often been overlooked in recent years because of the sheer size of Alberta’s bitumen bounty.

“We are happy to see the province is giving natural gas its day. We’ve always been a believer in the commodity long term, we always call it the fuel of the future,” said Darren Gee, CEO of Peyto Exploration and Development.

However, the sector has endured low prices, a glut of North American production and infrastructure constraints in recent years, although some of these problems are being resolved.

So how does Alberta capitalize on its strengths?

Promoting investment in petrochemical facilities that use natural gas remains a key focus, as it was for the former NDP government. 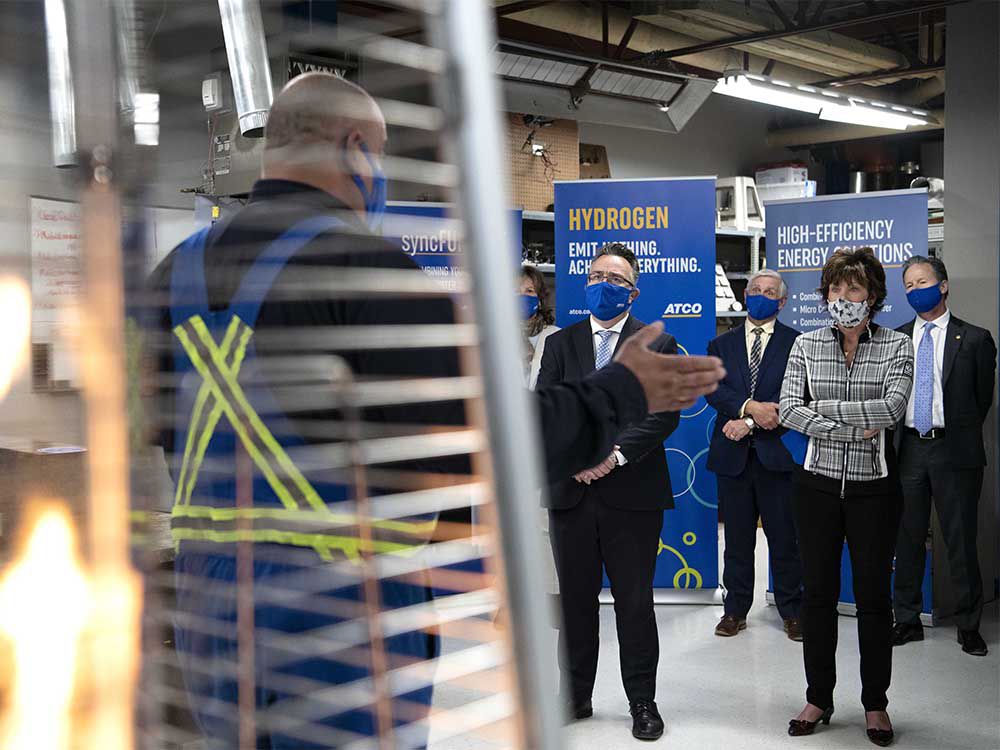 The UCP will officially launch the previously announced Alberta Petrochemicals Incentive Program later this fall, which will provide grants to project developers. Premier Jason Kenney said Tuesday the new program would likely cost in the range of $1 billion.

The government has set the goal of Alberta becoming a top producer of petrochemicals.

“It’s not going to be easy, but it is doable to think Alberta can get into the top 10,” said Bob Masterson, CEO of the Chemistry Industry Association of Canada.

On the liquefied natural gas front, the province wants to gain more access to growing export markets by seeing up to three new LNG projects move ahead by 2030, in addition to the LNG Canada complex now being constructed in B.C.

Experts say building more LNG capacity is critical to growing demand and developing new markets for Western Canadian gas, although such projects will require the active support of other governments, including Ottawa.

A new element of the province’s blueprint is to make Alberta the centre in western North America for recycling plastics, with such waste reused in new products. The province also wants to see industrial demand grow through investments that will boost natural gas processing infrastructure.

On hydrogen, the province sees a bright future ahead, pointing out that in a carbon-constrained world, global demand could increase 10-fold by 2050.

“The potential for hydrogen, in particular, is huge,” Kenney said.

The provincial strategy says using hydrogen in transportation and for heating homes, and as fuel for electricity generation, is “key to Canada’s ability to meet GHG reduction targets under the Paris Accord.” 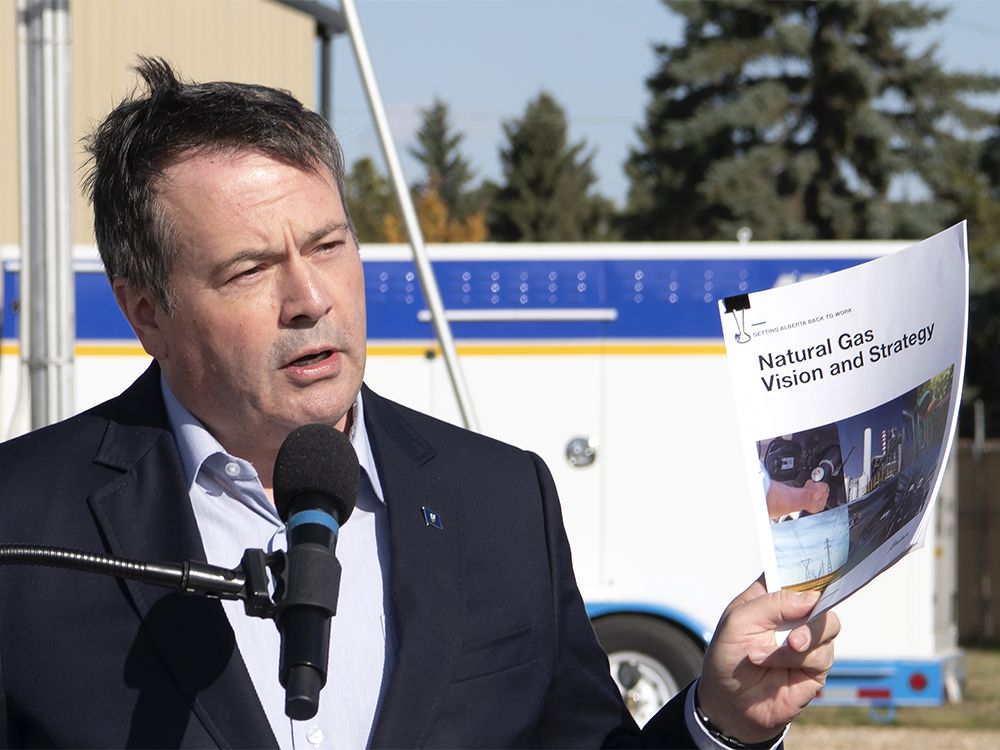 One of the new goals is to see large-scale hydrogen production, as well as carbon capture, utilization and storage initiatives, in place by 2030 across Alberta’s economy. Blue hydrogen is produced from gas and relies on using carbon capture technologies to store the carbon.

The province also wants to see global exports of clean hydrogen and hydrogen-derived products by 2040.

“We can produce low-carbon hydrogen at a lower cost in Alberta than almost any other jurisdiction in the world,” she said at a news conference.

“The big challenge for us is we do have to crack the carbon capture nut on a commercial level. We are very, very close.”

Energy economist Peter Tertzakian, executive director of ARC Energy Research Institute, said the report is a positive step in adapting the sector for the future.

He noted the potential for hydrogen in Alberta is large, although the effort and capital investment required to grow it are also significant.

“The next step is really to understand the impediments to getting them done and then overcoming them one by one,” Tertzakian said.

Chris Severson-Baker, Alberta director of the Pembina Institute, welcomed that the document outlines the potential for Alberta in hydrogen and decarbonizing energy production, saying it sets the stage to develop a provincial roadmap in this area.

He also pointed out the report looks at ways to boost natural gas production — such as by increasing oilsands production — without examining how these goals would fit into Canada’s efforts to reduce emissions.

“There is a big disconnect between some of the things that are in here and Canada meeting its carbon-neutral commitment by 2050,” he said.

The report does lack some of the specific actions that will be needed to build up the sector, but it does a solid job of defining the size of the prize for natural gas, producers and the province.

What is clear is the industry has sometimes been overshadowed as being a key driver of Alberta’s future economy.

That should change. Now is the right time for natural gas to shine.