After sinking just before Christmas, crude oil prices resurfaced Wednesday to climb above $US50 a barrel.

It’s a step in the right direction for Alberta’s bruised oilpatch.

However, here’s the reality for energy markets in 2019: analysts increasingly believe a $50-a-barrel universe will be the norm for much of the year.

And the price discount for western Canadian oil, which has narrowed sharply since Alberta announced it would mandate production cuts, will likely widen again in the coming months.

A report by AltaCorp Capital forecasts West Texas Intermediate (WTI) crude prices will average $50.75 a barrel this year, before increasing to $60 in 2020.

Similarly, BMO Capital Markets dropped its price expectations to $50 for 2019.

And consultancy Deloitte issued a study Tuesday that projects WTI prices at $58 a barrel, well below last year’s average of almost $65.

Deloitte also expects Western Canadian Select (WCS) heavy crude to average around $38 a barrel, leaving the price differential for the year around $20 a barrel.

That’s significantly higher than the spread of $11.10 a barrel seen earlier in the week.

“We are going to have a belaboured market here in the first quarter or two as we get through this oversupply and storage issue. So I do expect differentials to be wide and prices to be tough in the first half,” said Andrew Botterill, a partner with Deloitte.

“My optimism is in the second half of the year.”

Thankfully, BMO doesn’t believe a collapse in prices below $50 is sustainable. It expects OPEC will adhere to recent production quotas, and notes U.S. producers require such a price to hold production flat within cash flow levels.

“While we are a bit cautious on this year, we are also of the view that $50 is certainly the floor,” said BMO analyst Randy Ollenberger.

“This is year of protecting whatever gains you were able to achieve over the last couple of years.”

Oil prices have been on a wild roller-coaster ride in recent weeks, with WTI plunging from more than $75 a barrel in October to below $43 on Christmas Eve.

On Tuesday, oil prices jumped more than a dollar on the New York Mercantile Exchange, closing at $49.79 a barrel, before trading above $51 early Wednesday.

The recent pricing doldrums have been caused by expectations of weakening demand for oil and continued increases in output from U.S. shale oil producers. As well, the Trump administration issued sanction waivers last year to the buyers of Iranian oil, which took some of the wind out of the market’s sails.

In Canada, much of the focus entering 2019 has centred on the Notley government’s decision to temporarily curtail oil production by 325,000 barrels per day, starting this month.

The decision is designed to reduce full oil inventory levels and shrink the severe price discount created by pipeline bottlenecks.

Most analysts don’t think today’s low price differentials — below the cost of moving Alberta oil by rail to the U.S. Gulf Coast — are sustainable. AltaCorp expects the discount will average $18.75 a barrel this year.

“The differentials are currently too narrow and they are factoring in the production curtailments, which will not last forever,” Matthews said of the mandatory cuts, which are expected to wind down through the year.

Similarly, Botterill believes there are more “bumps and bruises” ahead for Canadian heavy oil prices in the short term, but the end of the year should offer improvements.

The effect of growing crude-by-rail shipments and new pipelines — Enbridge’s Line 3 project is slated to be completed later this year — will boost oil take-away capacity from Western Canada. 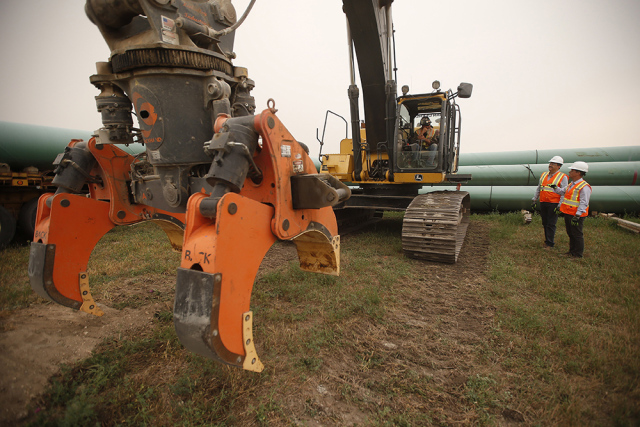 An Enbridge storage facility for the Line 3 project near Morden, Man..

For petroleum producers, however, today’s sluggish prices will mean less cash flow and money to spend on drilling.

With 30 public oil companies reporting their planned capital programs for the year, spending is projected to fall by five per cent, according to data collected by Wood Mackenzie.

In the oilsands business, where big-ticket projects have wrapped up in recent years, spending will likely drop by up to eight per cent, said Ben Brunnen, a vice-president with the Canadian Association of Petroleum Producers.

“The reality is, expect to see a decline in oilsands investment for the fifth consecutive year,” he said.

All these trends have petroleum producers treading carefully as they finalize plans for the new year. 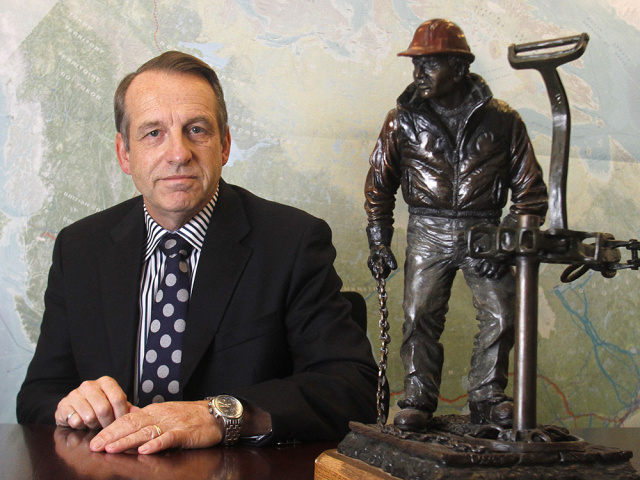 Tamarack Valley Energy CEO Brian Schmidt said his company is budgeting on benchmark oil prices in the $50-a-barrel range, although he expects the outlook to improve in the final three months of 2019.

Like many producers, Tamarack plans on reducing its capital spending this year.

“So if cash flow drops by about a third . . . then you’ve got a third less capital to spend.”

Schmidt predicts 2019 will be a “tough year,” but believes balance sheets in the industry are stronger than in 2015 when oil prices collapsed.

Companies are more resilient, have reduced costs and are better able to withstand lower prices.

And with improved market access and stronger prices expected in the second half, there is some reason for enthusiasm.

“It is a little more optimistic than the doldrums of November and December,” Botterill concluded.

“Industry is at least coming to some confidence that the back half of the year will be OK.”

Previous : Oil rises 2 percent on US-China trade talk optimism
Next : Peter Tertzakian: There is no sugar coating rig activity — 2019 will be tough on the oilpatch