Another day, another positive forecast comes out for Alberta’s recovering economy.

It looks mainly sunny ahead, with only a few clouds — hello pipeline delays — spotted on the horizon.

But when will the jobs come back in a torrent?

I don’t want to be the guy who’s always looking at the glass being half-empty, but this remains a pivotal question for thousands of Albertans, with troubling pockets of higher unemployment occurring among younger men and in places like Calgary.

“It’s not getting worse, but it’s not getting better,” said Parth Ramanuj, a 28-year-old electronic and communication engineering technician who moved to Calgary four years ago from Toronto and has been out of work since June.

“When I came here in 2014, it wasn’t that bad. There were a lot of jobs and you could apply, interview and get one according to your qualifications. Nowadays, there are very few opportunities.”

One anecdote doesn’t make a trend.

But it also doesn’t diminish the harsh reality for 167,000 unemployed Albertans like Ramanuj who need a paycheque and are having trouble securing work.

To be fair, Alberta’s employment picture has improved significantly since the recession ended.

During the downturn, the unemployment rate shot up from 4.4 per cent in November 2014 to nine per cent two years later. In August, the province’s jobless rate sat at 6.7 per cent, while 16,000 jobs were created that month.

That’s nothing to sniff at.

However, Calgary’s unemployment rate inched up to 8.2 per cent in August  — 73,000 residents were unemployed — the second-highest among Canadian cities, trailing only St. John’s, N.L.

And Alberta’s youth unemployment rate sat at 11.8 per cent, almost a full point above the national average.

At a speech in Calgary on Thursday, the deputy chief economist of TD Bank Group said the province’s economy will return “home” to a fully recovered position by next year, following the two-year recession triggered by the collapse in oil prices in 2014.

The bank expects the gross domestic product to expand by 2.4 per cent this year and by about 2 per cent in 2019.

(On Wednesday, a Royal Bank report projected Alberta’s economy will increase by 2.5 per cent this year and next, with stronger oil prices “keeping the recovery on track.” BMO recently forecast similar rates.)

In his address, TD’s Derek Burleton listed off eight reasons why he’s optimistic for the province’s economic future.

On the energy side, strong global oil demand, as well as falling operating costs for petroleum producers are helping fuel improved profits, while the U.S. Gulf Coast has a thirst for heavy Canadian crude as Venezuelan production craters.

Alberta is seeing more energy diversification with new petrochemical projects, and the potential green light of Shell’s $40-billion LNG Canada project off the B.C. coast would give a much-needed shot in the arm to ailing natural gas producers.

Outside of the oilpatch, “budding strength” is being seen in industries such as tourism, food manufacturing and technology. The province’s population continues to expand and remains relatively young and well-educated.

Finally, Alberta has a favourable fiscal situation compared to other provinces, although large budget deficits are whittling away some of the advantage.

Despite these positive forces, Burleton doesn’t expect to see a sudden surge of hiring, citing lagging capital investment as the province’s “Achilles heel.”

Upstream oil and gas capital spending is projected to clock in at around $24 billion this year, far off the $60 billion witnessed during the high-flying days of US$100-a-barrel oil earlier this decade.

He doesn’t see Alberta’s unemployment rate getting below six per cent until 2020.

“It’s not proving to be a heroic recovery,” Burleton said in an interview.

“It’s volatile. We still see the unemployment rate gravitating down as the recovery gains gradual traction, but it’s not going back to where it was in 2014.

“And we don’t see it even getting back to, in our view, a longer-term sustainable (level) until 2020 — and that will be four years after the beginning of the recovery.”

It will be tricky to see a significant bump in oilpatch spending in 2019 given the headwinds facing the sector, from a steep discount on Western Canadian heavy oil prices to the ongoing delays facing the Trans Mountain and Keystone XL pipeline projects.

The discount for Canadian heavy oil shot past US$30 a barrel earlier this week, before closing Thursday at US$29.04. 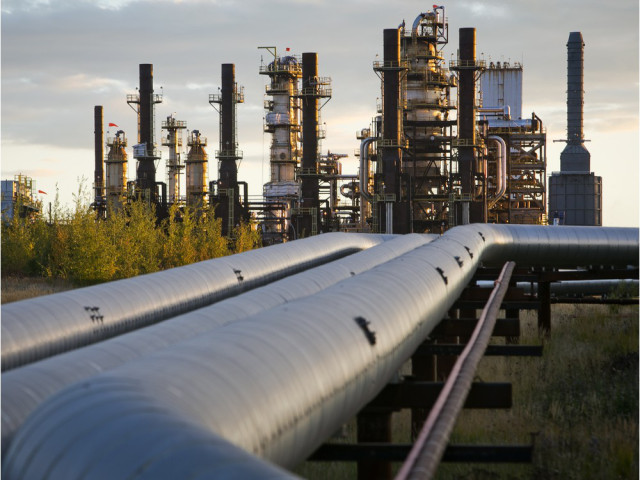 Big-ticket oilsands projects that powered investment this decade have largely wrapped up, although Nexen began work this week on a $400-million expansion at its Long Lake development.

Tim McMillan, head of the Canadian Association of Petroleum Producers, pointed out oilpatch capital spending has dropped in 2018, even with stronger oil prices.

“It’s remarkable that we have $70 oil and a Canadian dollar that’s in the 70-cent range … and we are still not seeing a rebound in Canadian investment,” said McMillan, who attended Thursday’s luncheon.

“So much of the employment that we have lost here is on the growth (side), the development teams and engineering teams to develop new projects. We’ve wiped that off the board because we don’t have new projects going forward.”

The bottom line is the province is back in growth mode, but it’s at a moderate pace. Many sectors are marching forward, although short- and mid-term challenges such as pipelines can’t be ignored.

We also can’t forget the economy is in transition and there are still too many Albertans who can’t find a job, even with more sunny days expected ahead.