If curtailing production has helped Alberta’s oil producers, can a version of it also work for natural gas?

Hal Kvisle, the former CEO of TransCanada Corp. and a member of the province’s Natural Gas Advisory Panel, asks the question rhetorically.

However, other players in the industry are wondering if some proactive steps are needed — including restricting natural gas production to balance output against pipeline capacity — to kick-start the sagging sector.

“There has to be a change in the way we move gas through the province and I am not advocating for this just yet, but I might soon. The province needs to really seriously look at prorationing of gas coming into the system, just as they have done for crude oil,” Kvisle said last week.

“We would be crazy not to examine that carefully when you look at how well it’s worked on the crude oil side.”

Alberta Energy Minister Marg McCuaig-Boyd isn’t ready to make such a dramatic move, but hasn’t ruled out her options as the Notley government goes through the 48 recommendations in the panel’s new report.

“I am not closing any doors,” she said in an interview. “But there are other things that I think we can do first.”

Talk of prorationing — lowering output by producers on a pro-rata basis — comes as the Alberta natural gas industry is facing difficult times, slashing 2019 spending plans and hunkering down for an extended tough slog.

A number of forces are weighing down the industry.

A huge price discount relative to U.S. benchmark rates, a shrinking share of traditional export markets south of the border, and a lack of spare pipeline capacity, are all battering the sector.

Rigs on a Seven Generations Energy drilling pad about 100 kilometres south of Grande Prairie on Nov. 9, 2015.

Western Canadian gas prices have been in the doldrums as domestic production has risen from massive plays such as the Montney.

Alberta natural gas at the AECO hub sold at US$1.54 per thousand cubic feet (mcf) on Friday, fully $2 behind U.S. benchmark gas prices.

The problem isn’t simply low prices, said Slubicki, but the “unmanageable volatility” of gas markets, where gyrating AECO prices have even turned negative briefly during the past two years.

Gas prices at AECO have become more volatile following changes made by TransCanada to its Nova Gas Transmission Ltd. (NGTL) pipeline system for restricting production during periods of maintenance.

Faced with these challenges, several gas-producing firms have slashed their 2019 capital budgets.

Seven Generations Energy announced earlier this month it has established a capital program of $1.25 billion, about $475 million below last year’s levels.

Peyto Exploration and Development announced last week it will reduce spending to about $175 million, down from its planned capital program of about $275 million set in November.

These reductions come as Western Canada has increased gas output since 2014 and has tremendous opportunities to boost production further, if it can get the conditions right.

However, Alberta’s existing gas transmission infrastructure is “stressed to capacity” because of the shift of production into Alberta’s northwest region with the prolific Montney and Deep Basin plays, the report noted.

The panel study points out expansion of the NGTL system hasn’t kept up with growth and “this has resulted in severely negative impacts on wellhead prices, producer cash flows and provincial royalties.”

(TransCanada has major plans to boost NGTL’s capacity through more than $9 billion in investment.)

While longer-term solutions to these problems involve building new pipelines, streamlining regulations and developing a new liquefied natural gas sector, the pressing question is what can be done in the short term?

Despite divisions within the oilpatch, the Notley government decided to institute mandatory oil production cuts in the province, starting this month. The price discount for Western Canadian Select crude fell sharply to below US$8 a barrel last week, and the differential sat Monday at $11 a barrel, according to Net Energy.

Although these are two different commodities, some in the industry are wondering if they can take a page out of the oil curtailment debate.

“Government-imposed balancing is really not something we like or anybody likes because it runs counter to free markets. But industry co-ordinated balancing should be something we are allowed to do,” said Peyto Exploration CEO Darren Gee. 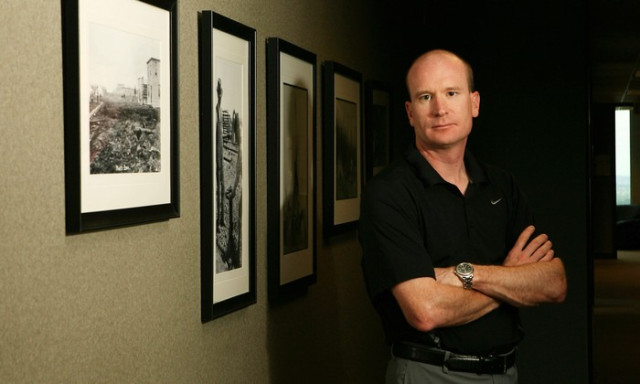 Gee notes the province has gone through 18 months of unconstrained gas supply against an infrastructure bottleneck, leading to price volatility that is “hurting the entire industry” through less capital spending, fewer jobs and smaller provincial royalties.

He doesn’t see the province intervening to institute oil-like production quotas, but instead initiate discussions between producers, the government and TransCanada.

“I can see all those parties coming to the table and talking about what’s the right way to balancing supply against delivery off the system, so those two match,” he added.

“It ends up having to be TransCanada curtailing receipt on the system to balance against delivery off the system.”

As with oil curtailment, any kind of prorationing would rankle free-market advocates and could create unintended consequences. For example, B.C. is a major producer of natural gas, so the Alberta government couldn’t turn down production from its western neighbour.

“One of the most important things I believe for investment in Alberta is … stability of regulations and policies,” said Marty Proctor, CEO of Seven Generations Energy, one of the country’s largest gas producers.

“The free market is the way to ensure predictability. Government interventions, I think, can undermine certainty and predictability from an investment perspective.” 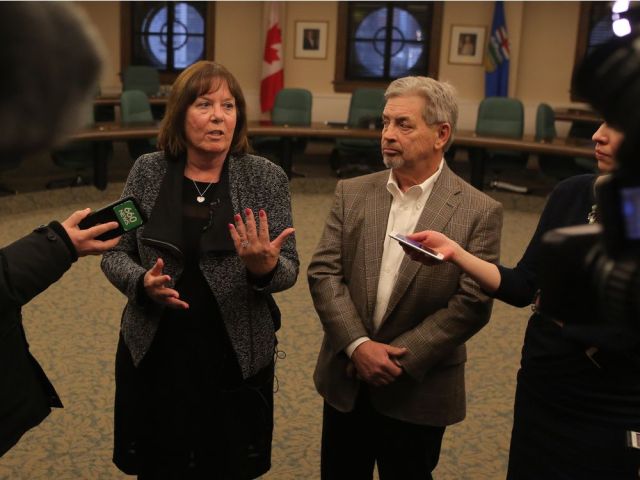 Ultimately, Kvisle believes the industry will come together and jointly solve these problems.

He believes the situation will require a series of steps over the short and long term, including removing regulatory and government impediments to get new infrastructure built.

“I am not advocating the government should jump in there now and impose production curtailments. There are some alternatives that I think would work quite well,” he said Monday.

“But if all else fails, I think you just look at the priorities of Alberta and the government may feel they need to do something.”

Previous : TransCanada’s Keystone Pipeline GP Ltd. authorized to begin additional construction activities on its Keystone XL Project in Canada
Next : ‘We have to get off the rollercoaster’: Alberta targets $2 billion upgrader to get more value from oil