The Alberta government rolled out more than $80 million in tax relief for petroleum producers on Monday, while it aims to fix underlying flaws in the property tax assessment system in the coming years.

What it didn’t do, however, was tackle the issue of property taxes that simply aren’t being paid by some energy companies, leaving Alberta municipalities — and ultimately taxpayers — holding the bag.

And that bag is getting pretty heavy.

“I make no bones about this, the unpaid taxes is our No. 1 concern,” RMA President Al Kemmere told reporters after the province unveiled a

series of drilling incentives and tax breaks for the energy sector

“It has got some of our member municipalities on the cusp of not being able to pay their bills.”

The package announced Monday by the province is designed to make the industry more competitive, attract investment and address some of the flaws in the regulated property tax assessment system.

The system hasn’t been updated since 2005. Industry groups and the province say assessments of oil and gas wells and related pipelines are too high and don’t reflect market value, increasing the tax burden on the industry.

The new measures include a three-year property tax holiday on drilling wells or constructing pipelines, as well as the elimination of a well drilling equipment tax.

The province is also reducing property assessments for less productive wells. But a larger promised overhaul of the assessment system has been put on pause for three years.

This reform still needs to go ahead. 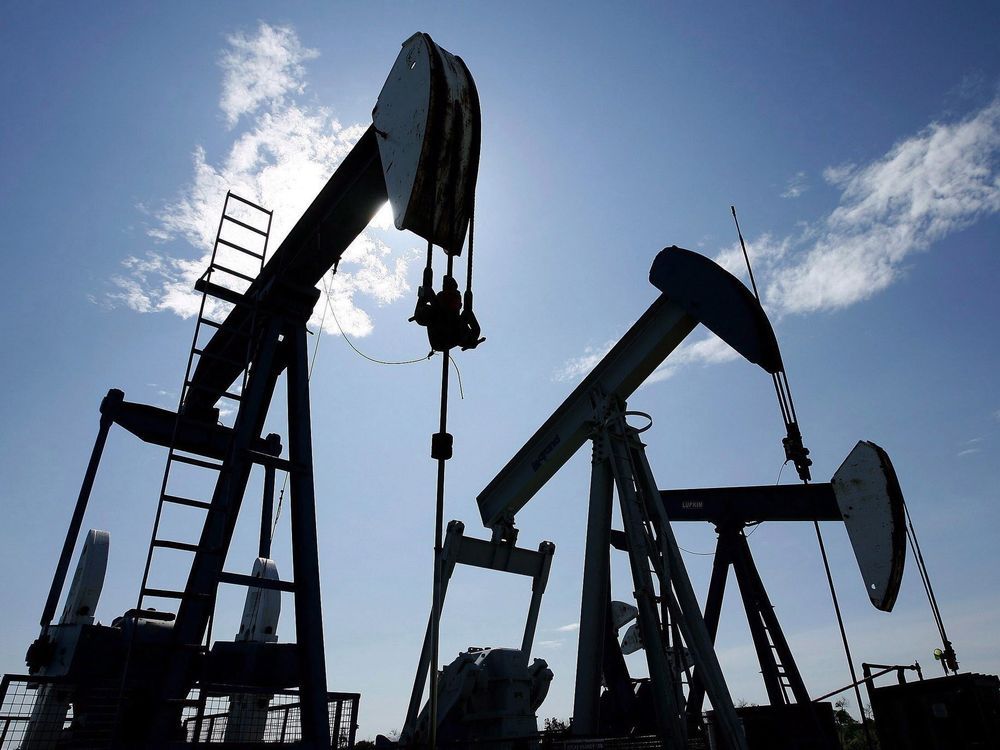 However, as cash-strapped municipalities are being asked to forego revenue — the entire package will provide the industry with more than $80 million annually in savings — the province also needs to make unpaid property taxes a priority.

Otherwise, delinquent bills will continue to pile up and squeeze rural municipalities, coming on top of millions of dollars of revenue lost from the tax-relief initiatives.

In turn, property taxes for other businesses, homeowners and other energy companies will have to go up to shoulder the burden, or services will be cut.

“From an oil and gas perspective, property taxes have to be paid. We understand there’s a problem,” said Tristan Goodman of the Explorers and Producers Association of Canada.

“It is a concern, it’s legitimate and it’s not acceptable going forward — and it needs to be rectified.”

Kemmere noted one rural municipality saw two energy companies fail last year, while two more producers are not paying their taxes this year, potentially depriving it of 80 per cent of annual tax revenue.

“Not all the industry are the ones who are not paying their taxes. But there is a sector of the industry that has chosen to take that approach,” he added.

The issue is becoming more problematic with the prolonged slump in energy prices, rising debt levels and the failure of some producers.

, the Regional Municipality of Wood Buffalo said it was owed $19 million in unpaid property taxes, interest and penalties from four energy companies, including two insolvent firms.

In the province’s south, the Municipal District of Taber reported about $2.1 million wasn’t paid by energy companies.

“There are operating companies still extracting oil and gas from the ground and they are just not paying their taxes, and there are no legislative teeth to make them pay their taxes,” Reeve Merrill Harris said in an interview.

“If you don’t pay your city residential taxes, guess what? In a couple of years, you get it taken away. We can do that, but nobody wants to assume the environmental liability of picking up all of these oil wells.”

Legal experts have said the issue is complex, leaving municipalities with few options to recover unpaid taxes from producers.

Most oil and gas assets are regulated by the Alberta Energy Regulator, which can prevent seizures from proceeding, while most unpaid property taxes are considered an unsecured claim during an insolvency process.

Municipal Affairs Minister Tracy Allard said Monday unpaid property taxes have been part of the talks between municipalities, the industry and the government in recent weeks.

“It was a long discussion within the cabinet table. It’s a concern and something we’re committed to looking at,” she said. The Canadian Association of Petroleum Producers (CAPP) believes the $173 million cited by RMA overstates the size of the unpaid tax problem.

While there is anecdotal evidence about the scope of the issue, hard data collected by the province is required, said CAPP vice-president Ben Brunnen.

“The fix is to find a path, some tool, that would enable the government to compel companies to pay,” Brunnen said. “I’m sure there’s a solution, but it just needs to be well thought out.”

That makes sense, but it shouldn’t be an excuse for the province to put this matter on the back burner, even in such difficult times.

After all, these are tough times for everyone, including municipal taxpayers.

The government needs to figure out the size of the problem, consult broadly and commit to a firm timeline on when it will fix the issue, just like it needs to do with overall assessment reform.