Oil prices have climbed above US$66 a barrel and Canadian crude production keeps rising.

On the surface, things should be looking up in the Canadian oilpatch after a three-year downturn battered the sector like a pinata.

But Canada has entered a pivotal point in its energy development, at risk of missing out on the full rebound as investment shifts south of the border and the price discount grows for Alberta oil and natural gas.

One consistent message came out of the Calgary Chamber of Commerce’s energy forum last week: While the sector will see the reward of higher commodity prices, other risks are lining up for the industry.

“For 2018, I think we are going to see a bit of a mixed set of messages and opportunities,” Ben Brunnen, a vice-president with the Canadian Association of Petroleum Producers, told the crowd.

“Even though we are seeing some good pricing, we are not necessarily seeing that investment. So that’s going to put a bit of a damper on the forecast.”

One issue facing the industry today is the reluctance of petroleum producers to expand capital programs in Canada, compared with the spending increases seen in the United States.

Even as the benchmark oil price closed Friday at US$66.14 a barrel and the U.S. natural gas price stood at $3.53 per thousand cubic feet, CAPP forecasts total industry capital expenditures will remain flat at $45 billion this year.

Conventional oil and gas spending is expected to rise about six per cent, but oilsands spending will drop 14 per cent, the fourth consecutive year of shrinking capital budgets in that critical area.

South of the border, a different picture is emerging.

Data from energy consultancy Wood Mackenzie projects U.S. spending to rise by 18 per cent this year.

“The question is, why isn’t the cap-ex coming into Canada?” Brunnen asked.

One reason for stagnant investment is that several large oilsands projects are now wrapping up construction and few new big-ticket proposals are on the horizon.

Another issue is the recent change to U.S. corporate tax rates, as well as rules that accelerate American capital expenditure deductions.

The U.S. tax rate on new investments will drop by almost one-sixth, driving up investment by at least 12 per cent, which will affect all regions of the world, forecasts tax policy expert Jack Mintz.

Many companies with promising western Canadian plays in areas such as the Montney will keep drilling, but producers with properties on both sides of the border will examine shifting their capital south.

With explosive growth coming from American shale oil plays, “the U.S. is the Wal-Mart of the oil market. You need it? They sell it,” said a new report by RBC Capital Markets.

“The U.S. shale phenomenon has structurally rewritten how we think about the global oil trade.”

For petroleum producers, opportunities in the U.S. have become more enticing.

For example, Calgary-based Enerplus Corp. is spending the bulk of its additional capital program this year in the United States, where it has properties in North Dakota and Pennsylvania.

The company can get higher prices for oil and gas produced in the U.S. than it does in Canada, particularly as new pipelines have been built in those regions, said Enerplus CEO Ian Dundas.

The push to simplify regulations and lower tax rates are creating “a tailwind” for U.S. energy development, he said in a recent interview. 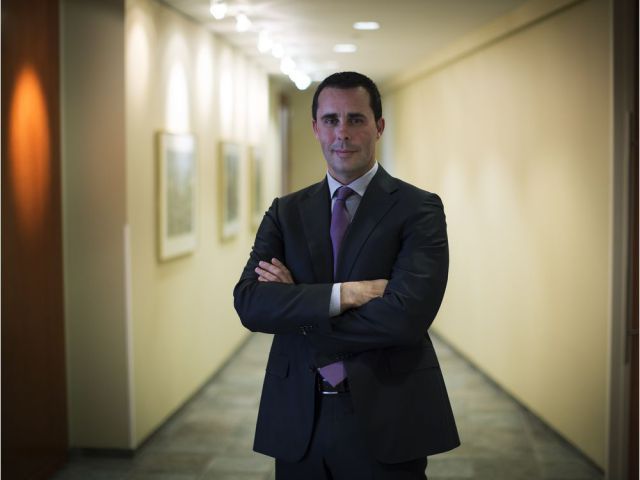 Ian Dundas president and CEO of Enerplus in Calgary, Alberta.

“The tax changes are just another thing where, when we think about our opportunities in North America, it’s pretty simple. Canada needs to be competitive and, right now, there are a lot of things going on in the U.S. that are incrementally helping,” Dundas said.

“It’s a pretty important lesson for the federal government and provincial governments that you’ve got to think globally . . .

“Capital can move and it will move, and that is certainly what has happened to us over time.”

Where does that leave the Canadian oilpatch in 2018?

It’s in a stronger place than it was just two years ago, when commodity prices were plunging, jobs were being eliminated and the future was filled with uncertainty.

Since those days, operating costs have been driven down. Companies have become more efficient and the sector has returned to profitability.

Yet, the inability to build new oil and gas pipelines has led to the price differentials widening in recent months as production rises.

The discount between Western Canadian Select and benchmark West Texas Intermediate crude sat above $28 a barrel on Friday.

As a result, Canada has experienced a loss in economic value of more than US$20 million a day since Dec. 1, with the losses getting wider in the past week, said analyst Kevin Birn with IHS Markit.

Tax reform south of the border has eliminated the advantage Canada previously had over the U.S., but a more significant concern is the growing price discount on Alberta natural gas and oil, said Jackie Forrest, director of research for ARC Energy Research Institute.

“Money is going to shift to the U.S., but it’s more because we have these massive discounts than the tax laws,” she told the chamber forum.

Add all these factors together and the country’s oilpatch has more rewards to grasp this year, but it also has emerging risks to overcome.

“As the CEO of Enerplus, I’m feeling really good because I’m seeing all this opportunity in the U.S. As a Canadian, I am worried,” Dundas said.

“I’m hopeful people are going to pay attention to these things. I’m hopeful that policy can evolve.”