Joe Biden will become president next week and shove the United States in a decidedly different direction on energy and environmental issues.

The two pipelines have become thorns in the mammoth US$119-billion energy trading relationship between our two countries.

While small pieces of a much larger puzzle, they’re vital to the economic fortunes of Alberta and Canada.

In an interview this week, O’Regan indicated Canada will work with Biden’s administration on key matters such as energy infrastructure, climate policies and the drive to lower emissions in the oil and gas industry.

“Based on what the president-elect has talked about during the campaign and based on the people he’s placing around him on issues of energy, on issues of the environment . . . they are going to be aggressive,” said the MP for St. John’s South-Mount Pearl.

“We have a case that we are going to be persistently making to the incoming administration — that we’ve come a long way, even over the course of the past four years, that our emissions intensity in the oilsands has decreased substantially and will continue to decrease.”

Canada will make its point.

Will it make a difference with Biden and Jennifer Granholm, who is set to become the new U.S. energy secretary? 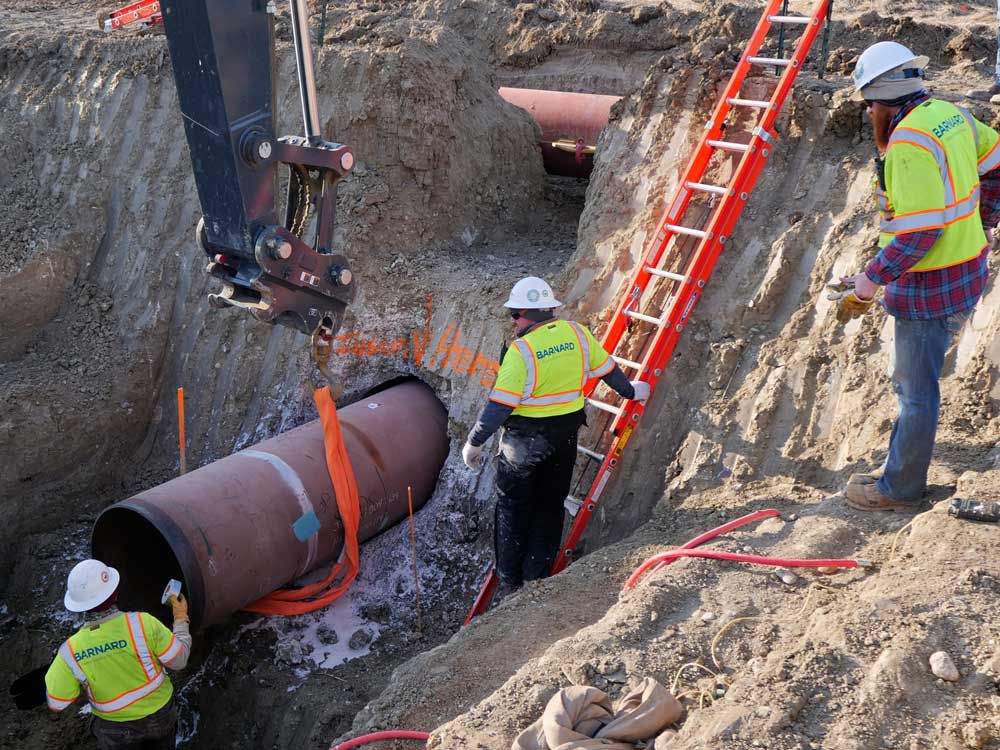 Biden has pledged to cancel its permits, citing his long-standing environmental opposition to the oilsands.

Canada’s stance on allowing KXL to be completed will hinge, in part, on the environmental action the country is taking. These include a national price on carbon, a commitment to achieve net-zero emissions by 2050, and the adoption of the new Clean Fuel Standard.

Biden is pursuing his own aggressive environmental agenda, vowing to make historic investments in clean energy, rejoin the Paris climate accord that Donald Trump rejected, and reach net-zero emissions no later than 2050.

Canada’s argument will also emphasize the changes TC Energy has made to the project, such as First Nations ownership in the pipeline and key agreements reached with U.S. unions surrounding jobs.

“KXL in 2021 is very different than the KXL of 2015,” O’Regan said, referring to the Obama administration’s rejection of the project a little more than five years ago.

“What we do is we make the case: Oil is going to be with us for some time, we are responsible oil providers . . . Our argument is that we can work together on a whole host of things that can drive down emissions.”

The Justin Trudeau and Biden governments are aligned on taking further climate action and expected to co-operate in areas such as promoting carbon capture and storage (CCS), as well as hydrogen development.

Canada can make a strong policy argument for the pipeline, but Biden will be looking for quick wins to satisfy the green side of the Democratic Party.

“I really don’t see what the support is for Keystone,” said Johnston. “I wouldn’t say there is zero chance (it survives), but we think it’s probably a 10 or 20 per cent chance at this point.”

Both the federal and provincial governments are also concerned about the fate of Line 5, which moves western Canadian oil to refineries in Central Canada through Michigan.

In November, Michigan Gov. Gretchen Whitmer gave notice that within 180 days, the state would revoke an easement dating back to 1953 that allows the pipeline to cross the Straits of Mackinac.

The pipeline ships up to 540,000 barrels per day of oil and natural gas liquids. It’s not only critical to moving fuel into Michigan, but transporting oil to refiners in Canada.

On Tuesday, Enbridge countered that Line 5 is safe and complies with U.S. federal laws that govern the pipeline. The company said the state lacks the authority to revoke the easement and it has no intention of shutting the line down.

It has asked the U.S. District Court to dismiss Michigan’s action.

“It is critically important to Canadian energy security that we make sure that pipeline remains open,” said Canada West Foundation CEO Gary Mar.

While the Michigan dispute appears headed for the courts, the political side of the equation can’t be overlooked.

O’Regan said Canada’s ambassador to the United States has been talking to American officials on both pipelines — including to Michigan’s governor about Line 5.

“The arguments being made by us are very serious . . . We believe in it, we support it. It’s essential,” the minister said.

“We are pressing and making the case very, very strongly.”

As Mar correctly points out, Canada’s best strategy is to deal with energy and environmental issues as part of a larger discussion, rather than trying to fight one-on-one battles over contentious matters.

And while energy remains one of the most important parts of the trading relationship, “for Trudeau and Biden, it is less important than the climate file,” Christopher Sands, director of the Canada Institute at the Woodrow Wilson International Centre, said in an interview Tuesday.

However, he believes the economy and creating jobs will be essential for both countries in the aftermath of the pandemic.

In the end, these conflicts are part of a collection of many issues — and opportunities, such as working together on CCS — facing Canada and a new American administration.

“The U.S. right now is going through a massive amount of change, and how the dust settles, while judging by the president-elect’s intentions — and judging by the people that he’s surrounded himself with — I think we know which direction they’re headed in,” O’Regan added.