If the global clean energy transition were a music festival, China would be dominating the main stage.

In the past five years alone, China has invested over half-a-trillion dollars in renewables. That clean energy building spree has propelled the country to superstar status—a remarkable feat considering that, until recently, China was easy to dismiss as one of the biggest emitters of carbon pollution on the planet.

As it works to drive down carbon pollution, China’s approach to energy is evolving rapidly. Today China is leading the clean energy transition by example. It’s firmly at the front of the pack in renewable energy capacity, while its goal to have five-million electric cars on the road by 2020 is rippling through the global automotive and oil sectors.

Both our nations stand to benefit from closer collaboration and trade around clean energy technology and innovation. Earlier this month, for example, Toronto-based fuel cell company Hydrogenics signed a US$50-million deal with a Chinese electric bus integrator.

And they’re not doing it for climate reasons alone. Research from the New Climate Institute commissioned by the Climate Action Network suggests that China’s national climate plan will save more than 100,000 lives each year from pollution-related illnesses.

That’s one of the big selling points of climate action: it comes with all kinds of benefits, from cleaner air and healthier communities to new economic prospects.

Climate action comes in many forms, of course, but carbon pricing is especially integral to solving global challenges, something both China and Canada recognize. It helps reduce the things you don’t want—carbon pollution—by increasing the cost of the activities that produce it.

And pricing carbon pollution doesn’t necessarily close doors for legacy sectors—indeed, it opens many new ones. Take mining: the transition to clean energy is driving growing demand for the metals and minerals used in solar and wind power, electric cars and LEDs (more on that in our latest report). 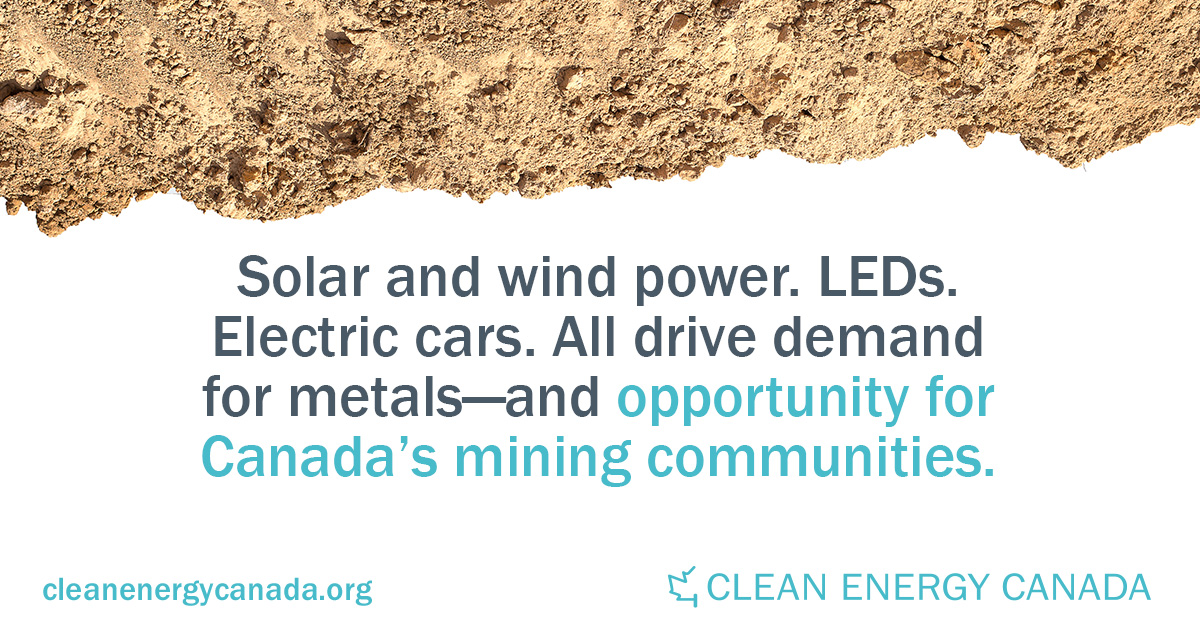 The clean energy economy is more than just the sum of all the solar panels and wind turbines being installed, whether in Canada, China or elsewhere. Consider what it takes to build that technology, the minerals that are mined to produce the metals in the frame, and the individuals involved every step of the way. Growing the clean energy economy creates jobs for workers right across the spectrum.

Both Canada and China know this. And they know that tackling climate change requires smarter, cleaner, less wasteful technologies throughout the entire economy.

What’s more, China’s energy transition is still in its opening act. If we’re smart about it, Canada could score a backstage pass for the main event.

Previous : Canadian electric buses clear the air in one of America’s smoggiest cities
Next : 100,000 jobless energy workers struggle for a place in the new economy