The long-awaited Keystone XL pipeline is finally moving ahead.

And in the latest major twist in its long journey, the Alberta government is set to take an equity stake and provide a loan guarantee to the project during a period of turmoil in global energy markets, with a total financial commitment of just over $7 billion.

On Tuesday, the Alberta government will formally announce it’s going to acquire a stake in the

, making a $1.5 billion CDN preferred equity investment into the development being built by TC Energy.

It will also provide a $6 billion loan guarantee beginning next year to ensure the Calgary-based pipeline giant is able to finance ongoing construction costs, according to Premier Jason Kenney.

“We are investing in the Keystone XL pipeline with TC Energy in order to begin construction immediately on April 1. Without this investment, we are certain that Keystone XL would not be built,” Kenney said in an interview.

“In part because of the chaos in global energy markets, private sector capital is not available to finance the project. We can’t wait any longer…It is an investment in our future when we so desperately need one right now.”

The Government of Alberta has finalized an agreement with @TCEnergy to provide financial support for accelerated construction of the Keystone XL Pipeline.

This will kick off immediate construction of #KXL, creating 7,000 Alberta jobs this year alone.https://t.co/p4T3UBU2F0 pic.twitter.com/ZgAEpOR7L2

The Keystone XL project has been on a gruelling marathon since it was first proposed by TransCanada Corp. (now named TC Energy) back in 2008 and was initially expected to be built by 2012.

Instead, it has faced ongoing regulatory, political and legal obstacles in North America. In 2015, then U.S. president Barack Obama rejected the cross-border project, although President Donald Trump later approved it.

As proposed, Keystone XL will ship 830,000 barrels of oil per day from Western Canada to Nebraska, where it will connect with the existing pipeline system and transport Alberta crude down to U.S. Gulf Coast refiners.

It has been viewed as one of

that will help unlock more market access for Western Canadian oil producers, along with Enbridge’s Line 3 replacement project and the Trans Mountain expansion.

And it is the biggest.

Kenney said construction on Keystone XL will begin this week and the expected date of commissioning is in June 2023.

The province estimates it will create 1,400 direct and 5,400 indirect jobs in Alberta, and generate billions of dollars of royalties and revenue for the government over the years.

The premier believes the decision will also inject some much-needed confidence into the Canadian oil and gas sector, which has been battered by a lack of pipelines and investment leaving the sector for several years.

“We are hopeful the Trans Mountain expansion will get done. This is our insurance policy,” Kenney added.

“This is to demonstrate that when prices come back for Canadian energy, that capital can return to the sector. If we do not get a pipeline built, I am not sure the capital ever will return.”

The $1.5-billion equity investment will happen throughout 2020 and some of it will be converted into a loan guarantee next year, leaving the province with about a five per cent equity stake in the pipeline on a go-forward basis.

The announcement comes in the middle of a global pandemic that is eroding global energy demand, while a fierce oil-price war between Saudi Arabia and Russia has pounded prices.

Benchmark prices for West Texas Intermediate crude fell Monday to US$20.09 a barrel, while Western Canadian Select heavy oil dropped to $4.26 a barrel.

Alberta oil production is already being shut in due to low prices and more than $6 billion of capital investment has been cut by Canadian producers this month.

“Getting a major pipeline built is an essential part of the plan for Alberta’s economic future,” Kenney said.

“So either we step up to partially de-risk this, or in my judgment, it doesn’t happen.

“And this will be the last major pipeline built in North America, I believe. This is our last, best hope at getting our energy to global markets and getting a fair price for it.”

Pre-construction work has been gearing up on the project this year.

On an earnings call last month, TC Energy CEO Russ Girling noted the company had acquired almost 100 per cent of the right of way for the pipeline through Montana, South Dakota and Nebraska.

“Keystone XL continues to be a very important project for both Canada and the United States,” he said at the time. “It continues to be fully subscribed by our customers under long term take-or-pay contracts.” 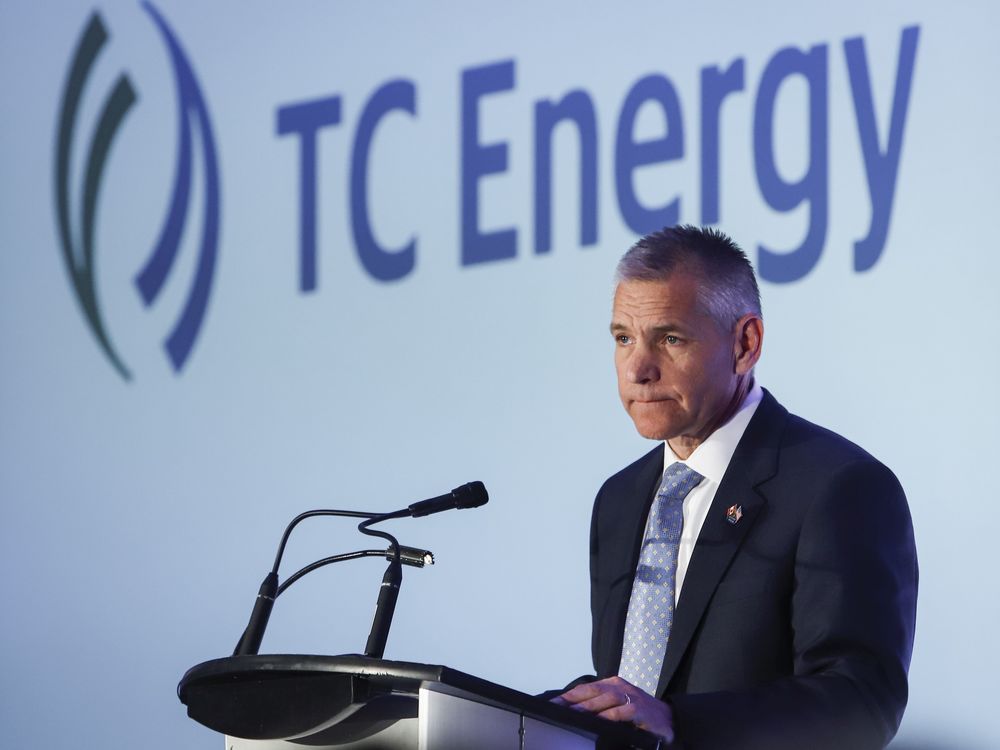 Kenney said the discussions on Alberta’s involvement began last summer. One of the reasons the province has been so vulnerable to the oil price drop is a lack of access to market, which has driven away investment and growth in recent years, he stressed.

Despite falling oil prices and a sharp global economic downturn tied to the COVID-19 outbreak, he is confident energy demand will rebound in the future.

With the announcement coming during a period of falling oil prices and demand, it is a high-stakes move.

The last major government investment in a pipeline was Ottawa’s decision in May 2018 to buy the Trans Mountain project from Kinder Morgan for $4.5 billion.

Getting any energy infrastructure project built to move oil out of Western Canada has been an endurance race in recent years.

According to data from IHS Markit energy consultancy last August, the three major pipeline projects had, on average, taken more than 7.5 years since beginning their regulatory filings.

That wait has only grown.

“Fundamentally, there is a prosperous future for Canadian energy only if we do projects like this. Without Keystone XL, I am concerned (with) the demoralization of the industry, the zero access to capital, the shut-ins that are happening, (and) the layoffs that are happening,” Kenney said.

“I am concerned that could become fatal for our industry if we do not throw a lifeline into the future so that when we get back to some kind of normalcy in markets, we can attract that investment — and that’s what this is about.”