A new International Energy Agency study sets out hundreds of “milestones” the world will need to pass to reach net-zero emissions within the next three decades.

For Canada, a country with the world’s third-largest crude reserves and plans to grow production, one of the biggest signposts is a call for investments in new oil and natural gas supplies to cease.

It’s a sobering and contentious assessment, but one that will draw the attention of governments, companies and energy sector workers.

“They are suggesting that will come from OPEC rather than from western sources. I think that is the worst possible outcome. The best, last barrel of oil will come from Alberta, Canada,” Kenney told reporters.

“We very much hope some of the incremental supply will come from Alberta and that will be reflected in additional investments.”

The study from the Paris-based agency released this week says the world does have a route to hit net-zero emissions by 2050 as countries combat climate change, but more action will be required.

To get there, it lists more than 400 milestones to be adopted along the proposed pathway. It details a role for renewables, carbon capture, utilization and storage (CCUS) projects, as well as increased use of hydrogen around the world.

Canada is already making progress in these areas and will see opportunities to attract future investment and jobs.

But when it comes to oil and natural gas, the report contains a different message: no spending on new supplies is required as demand falls.

If adopted, this would carry economic and employment ramifications for Canada, a country that exported $134 billion worth of energy in 2019, and an industry that provided a paycheque to more than 280,000 Canadians.

The study projects oil supplies would become “concentrated in a small number of low-cost producers,” with OPEC members grabbing a bigger piece of a shrinking pie, meeting 52 per cent of global demand by 2050.

“The real question about the pathway is how realistic is it to get everyone on board?” said Canadian Energy Research Institute CEO Allan Fogwill.

“To say this roadmap is going to be the future, I’d say that is a bit of a stretch. It’s a pathway for people to start saying, here are some of the decisions they have to make.”

Last fall, the IEA’s annual World Energy Report indicated oil demand under its baseline assessment would rebound after the pandemic to 100 million bpd within five years. Demand would then stabilize around 104 million bpd in 2040 under that scenario.

However, it would leave the world short of hitting a net-zero carbon emissions target.

Under the IEA’s new blueprint, global oil demand will not return to its pre-pandemic peak. Instead, consumption would drop to 72 million bpd by the end of this decade and then tumble to 24 million by 2050.

Oil prices would decrease by almost half by the end of this decade and sag to $24 a barrel in 2050, making many projects uneconomic.

“We are going to have to see real change in consumer demand and behaviour and government policy to get on track for this type of scenario,” said Jackie Forrest, executive director of the ARC Energy Research Institute.

The study does warn of economic consequences for oil-exporting countries as prices and production slump, with less government revenue flowing in and fewer jobs in the oilpatch.

Under the agency’s plan, 30 million additional jobs would be created in clean energy and low-emissions technologies by 2030, although oil, gas and coal employment would drop by around five million positions.

“While traditional supply activities decline, the expertise of the oil and natural gas industry fits well with technologies such as hydrogen, CCUS and offshore wind that are needed,” it stated.

“Not only will there be declining demand and therefore declining production, but also be more pressure on sources of production to demonstrate they’re taking steps to decarbonize.”

There have been expectations in recent years that Canadian production will continue to increase, particularly from the oilsands as market access improves. 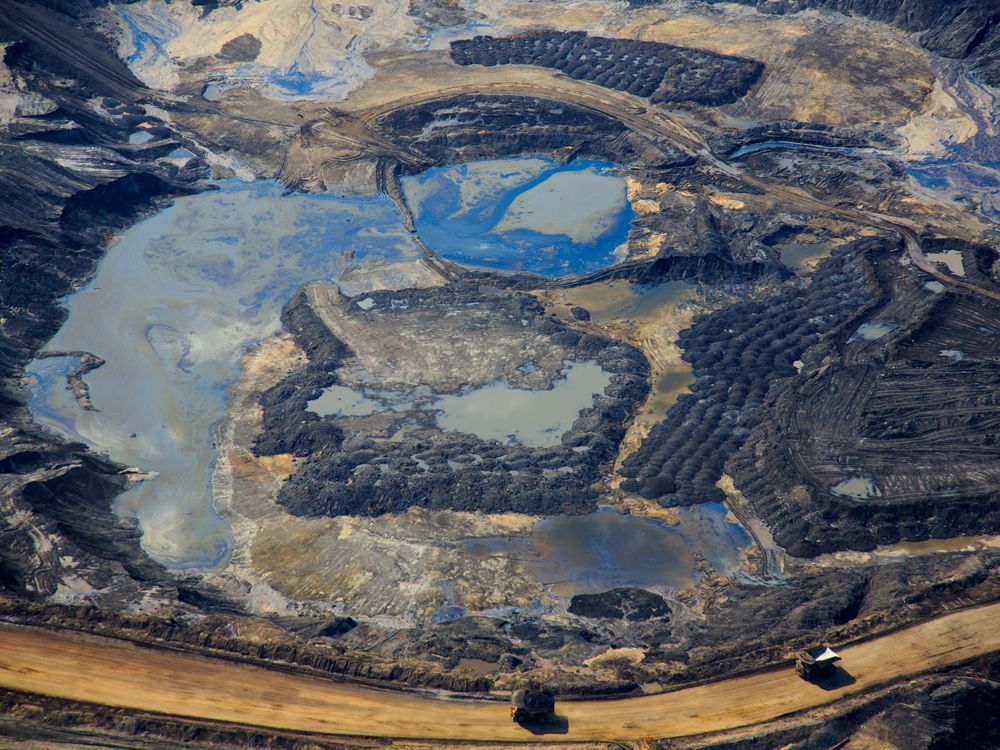 Last December, a Canada Energy Regulator outlook projected oil production in the country would rise by 18 per cent to 5.8 million barrels per day by 2039 under its “evolving energy system” scenario, before declining modestly by 2050.

University of Alberta energy and environmental economist Andrew Leach pointed out under the IEA’s net-zero strategy, North American oil and gas production would plummet to around five million barrels per day by 2050, down from almost 25 million bpd today.

“If you’re a producer, this is telling you that essentially low-forever oil prices are at least a reasonable consequence of global action on climate change,” Leach said.

“So you have to stress test your investments against that kind of environment.”

But Tristan Goodman, head of the Explorers and Producers Association of Canada, is confident net-zero efforts won’t stymie all growth as companies accelerate efforts to curb emissions.

While the report talks about no new oil and gas fields being approved, that wouldn’t limit more output coming from producing areas, such as the oilsands or the Montney formation, he said.

Canada has also taken steps that other oil-exporting countries haven’t embraced, such as adopting a carbon price that will climb to $170 a tonne within a decade or approving a new clean fuel standard.

“I am not saying this is easy,” Goodman added.

“But there are opportunities here that I think our companies and governments will capitalize on.”

Previous : Oilsands workers based outside Canada exempt from border restrictions, 14-day quarantine
Next : Commentary: Comparing oil and gas extraction in slump years to the automotive and aerospace sectors