This week should have marked the beginning of the Global Petroleum Show in Calgary, an industry event that serves as a barometer on the state of the Canadian oilpatch.

The three-day gathering has been cancelled for the first time in its 54-year history because of the coronavirus. More than 50,000 delegates were slated to attend the summit at the BMO Centre, beginning Tuesday.

The annual exhibition and conference, renamed the Global Energy Show for 2020, would have had a smorgasbord of important topics to chew on, from the impact of COVID-19 and the wild ride for oil prices this year, to the agreement by OPEC+ members on Saturday to extend hefty production cuts.

Other issues are churning in the sector, including a wave of capital spending reductions, a dramatic slowdown in drilling, a million barrels per day (bpd) of oil production being shut-in, a brighter outlook for natural gas, and questions about federal aid programs for the sector.

It’s been a year unlike any other for the industry.

The uncertainty surrounding the global pandemic, oil prices careening into negative territory and heading back up near US$40 a barrel, and unprecedented demand destruction around the world have made the future more unpredictable than ever before.

The event’s keynote speaker was slated to be former U.S. energy secretary Rick Perry. The conference was going to examine the pivotal changes sweeping through the industry, show director Nick Samain said Monday.

“We were really dialled into that theme, shaping the future of energy,” said Samain, a vice-president with dmg events, which runs the exhibition.

“Things are still very, very tough. I talk to customers every day, but they are still scratching … There are a lot of people here who aren’t giving up.” 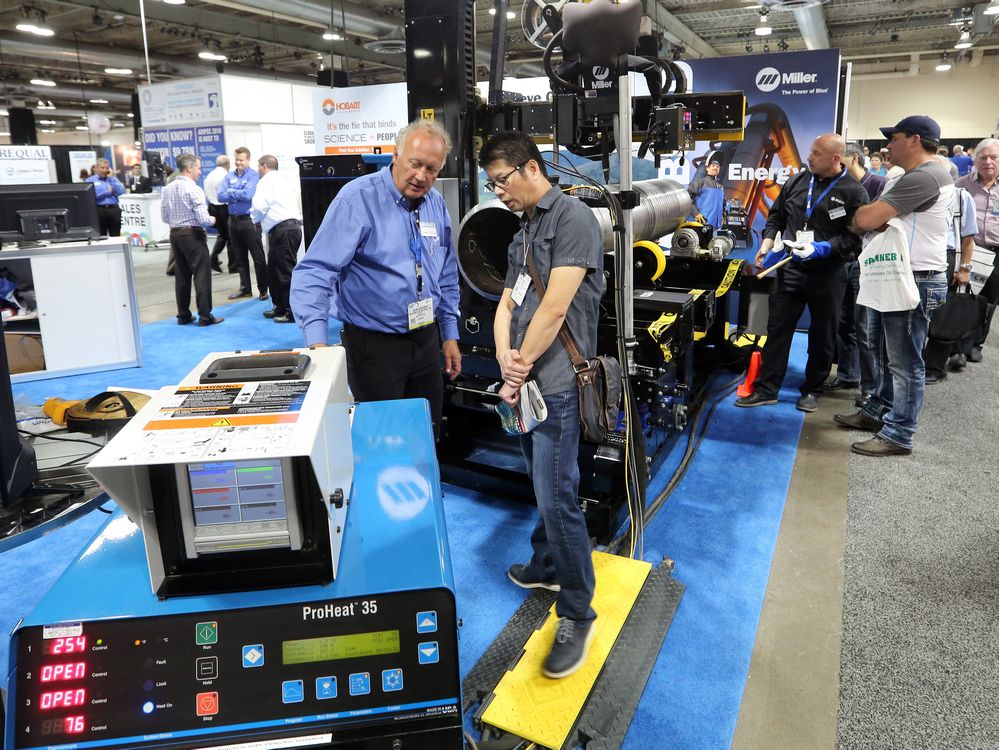 Perhaps the best measure of the resiliency is that more than three-quarters of the exhibitors booked for the 2020 show have committed to coming back for the June 2021 edition of the conference.

But if the show was going ahead this week, what would it have heard about the outlook for the rest of this topsy-turvy year?

“I tell you what. At $39 oil, everybody is breathing easier,” said Birchcliff Energy CEO Jeff Tonken, who is also chairman of the Canadian Association of Petroleum Producers (CAPP).

“But it is not over-joyous because $40 oil doesn’t cut it for the majority of the industry.

“We are breathing, they have taken the paddles away and everyone can meet their bills, but … nobody is going to start reinvesting their cash flow because they don’t have enough of it at $40 oil.”

There are potential problems ahead, including the financial damage caused by the sudden downturn in prices and the potential long-term implications from the COVID-19 crisis on energy consumption.

Oil prices have rallied from the negative $37.63 a barrel seen in mid-April, closing Monday at US$38.19 for West Texas Intermediate crude, down more than a dollar on the day.

The Organization of Petroleum Exporting Countries (OPEC) and its partners, including Russia, agreed on the weekend to extend significant production cuts for another month, through July.

“It is a step forward,” said Energy Minister Sonya Savage.

“It was a necessary step given the imbalance in the market. There’s still a large inventory of crude in storage around the world.” 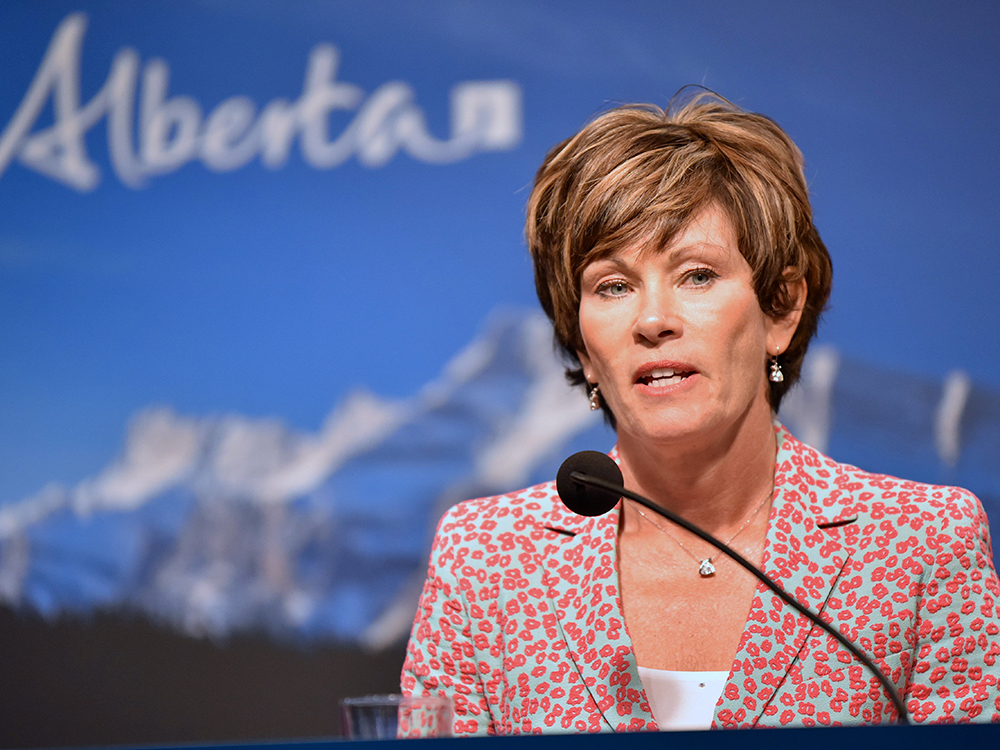 Analysts say extending the production limits should help whittle away excess oil inventories that have accumulated because of falling demand caused by the pandemic.

“It is significant because we are really depending on OPEC to get this market out of the glut,” said Jackie Forrest, senior director with the ARC Energy Research Institute.

“It was expected. But as we have learned in the past, just because it is expected doesn’t mean it’s going to happen.”

Indeed, a sudden battle between Saudi Arabia and Russia erupted in early March and triggered a short, but brutal oil-price war between two of the world’s largest producing countries.

The recent accord between the two sides, along with oil production being idled by companies in the United States and Canada, have begun to rebalance markets.

With higher prices and a smaller discount than normal for Western Canadian Select heavy oil, a few companies (such as MEG Energy and Baytex Energy) have already indicated they are reactivating some shut-in output.

However, the outlook for drilling new wells remains gloomy and thousands of industry jobs have been lost.

Only 18 of 512 drilling rigs are working in Western Canada this week. The number of oil and gas wells to be completed this year will likely drop to the lowest point in decades. 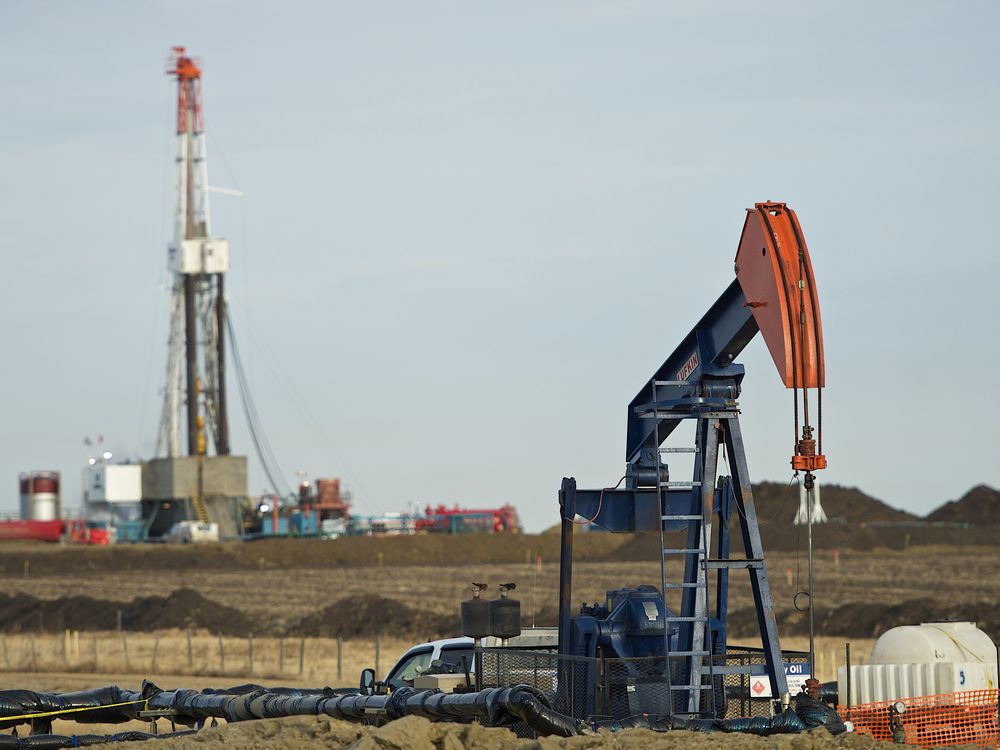 in Western Canada should kick in shortly and generate work in the oilfield services sector.

As well, more companies are considering spending money to produce oil from wells that have been shut-in, said Duncan Au, chief executive of CWC Energy Services Corp., which operates drilling and service rigs in Canada and the United States.

“As the oil price has crept up here over the last couple of weeks, we have seen those (service) rigs go back to the field,” said Au.

“On that side of the business, I do think it will pick up … On the drilling side, that’s a different story.”

These are also signs of progress on pipeline construction, although the industry is still challenged. And what will happen next with the global pandemic remains unclear.

“We are not out of the woods yet, but I certainly think it’s looking a lot better than it was a couple of months ago,” said Savage.

By the time the Global Energy Show returns in 2021, some of these critical problems should be ironed out — and, hopefully, the future of the energy sector will be more certain.