The new Alberta budget comes with an economic rebound and its very own jobs blueprint, but the plan is based on a lot of things going right — and not too much going wrong.

How else does one explain how the

, which has remained stuck at around seven per cent, will steadily retreat to 5.1 per cent by 2023, near full employment levels, in stark contrast to private-sector forecasts?

And it projects economic growth coming off the mat to expand by 2.5 per cent this year, even as crude prices plunged Thursday to US$47 a barrel due to

fallout from the coronavirus outbreak

However, if you look at projections from banks and economic think tanks, it sure seems most aren’t seeing a flood of jobs coming back so quickly.

“We are not predicting a boom time in the next two years. These projections, I believe, are credible but they are cautious,” Toews told reporters at the legislature. 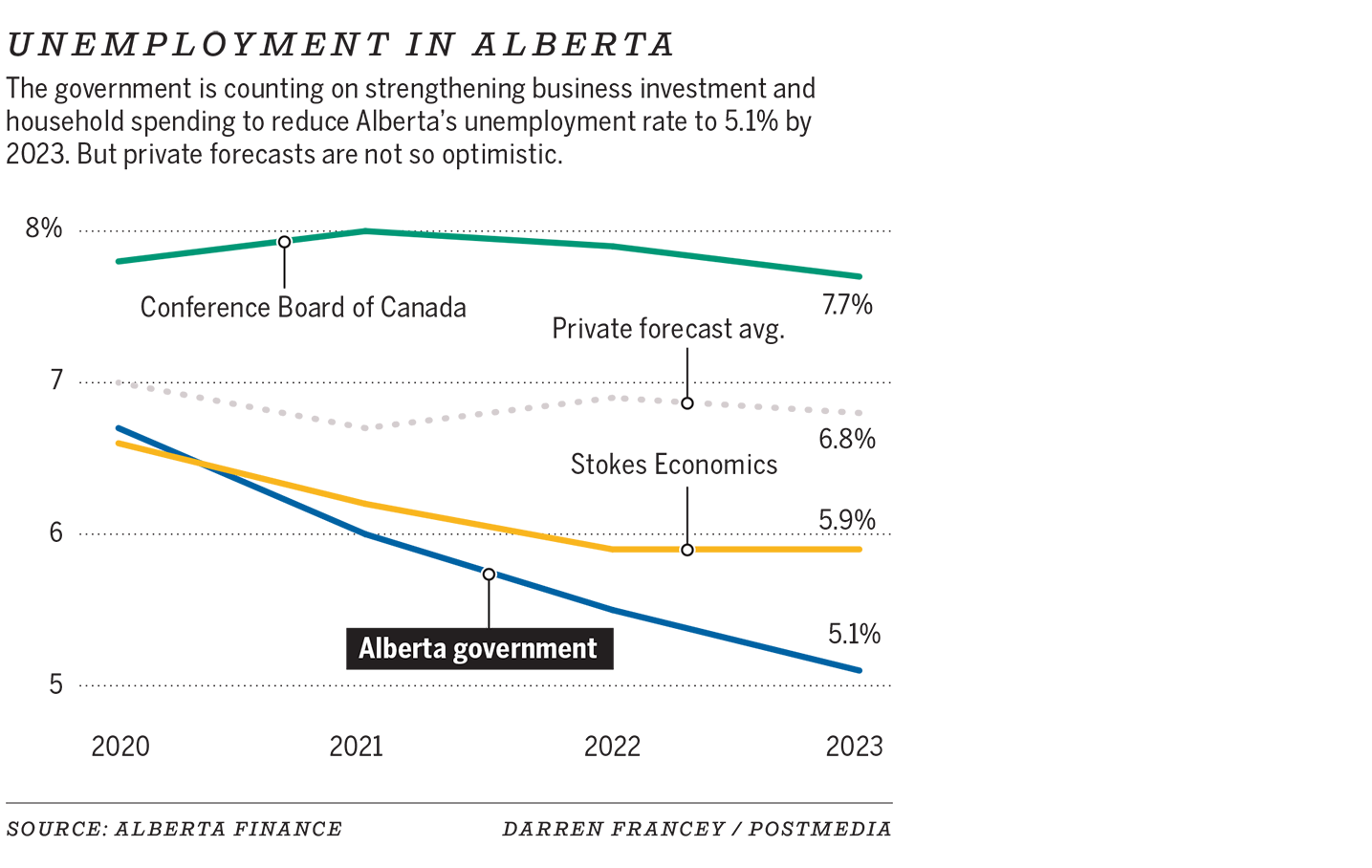 Yet, it’s indisputable there are clear and present dangers facing this province, such as ongoing trade issues with China

, and the growing risks for global energy demand posed by the coronavirus outbreak.

As Toews released his budget, oil prices plunged on Thursday, with West Texas Intermediate crude falling to US$47.09 a barrel, a sharp drop from $61 seen at the start of the year.

The budget forecasts oil prices will average US$58 a barrel in the coming fiscal year, which begins in April.

Every $1 drop in the average price of oil over the course of the year would mean a $355-million revenue decline for the treasury.

It’s enough to blow a gigantic hole in the province’s revenue projections, if these low prices linger for several months. 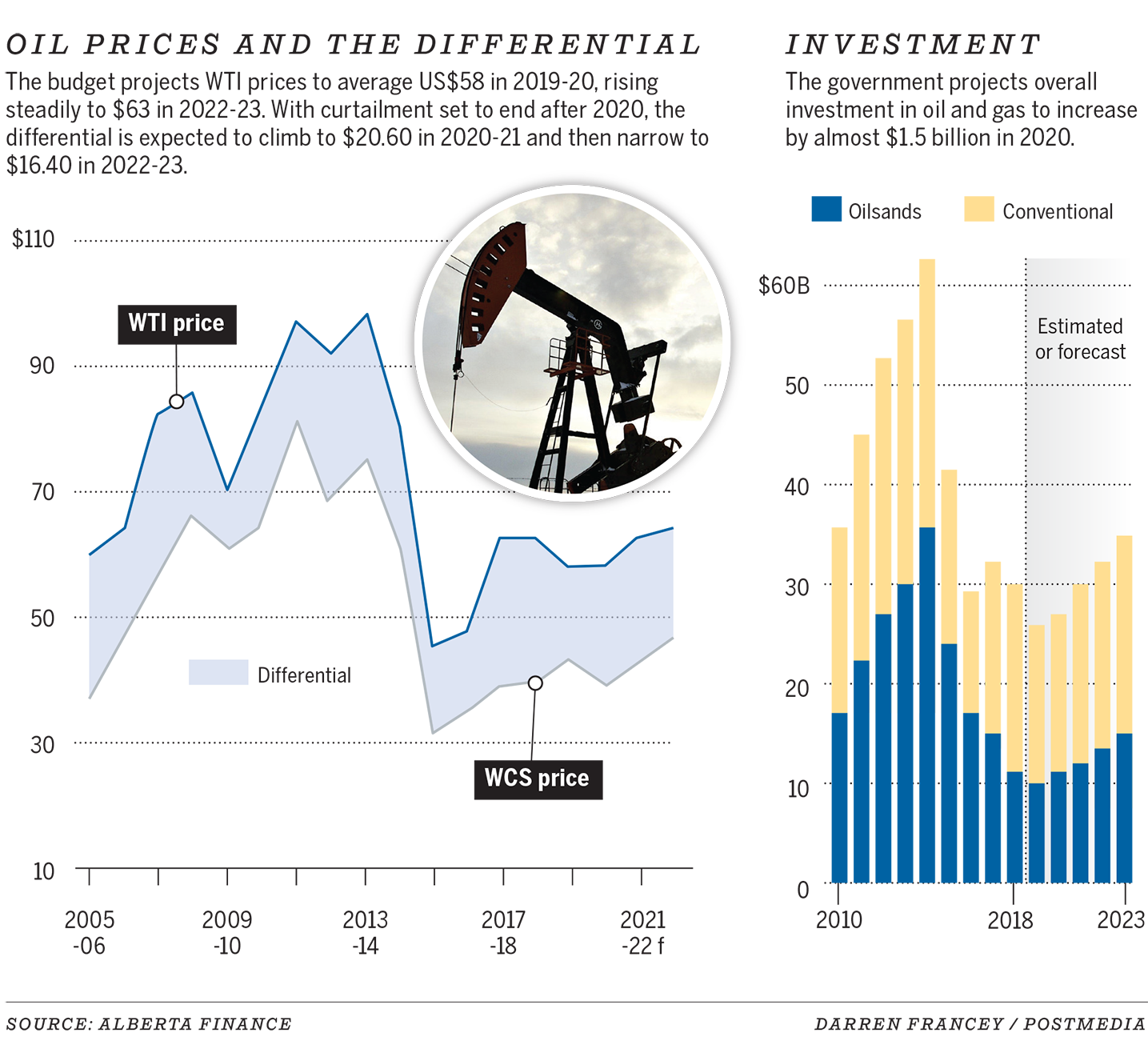 University of Calgary economist Trevor Tombe said what stands out in the new fiscal plan is just how similar the spending and revenue figures are from last October’s budget, without any significant adjustment for the increased risks now facing Alberta.

“I don’t know why they did this, it’s hard to defend,” Tombe said.

“There have been some fundamental changes in the global economic environment, the oil prices, and there are a lot higher risks and uncertainty here. And to build in no additional prudence here in their forecast is shocking.”

So where is the good news?

Revenues are slated to remain relatively flat this year while operating expenses fall, and there is a concerted effort to keep a lid on spending. 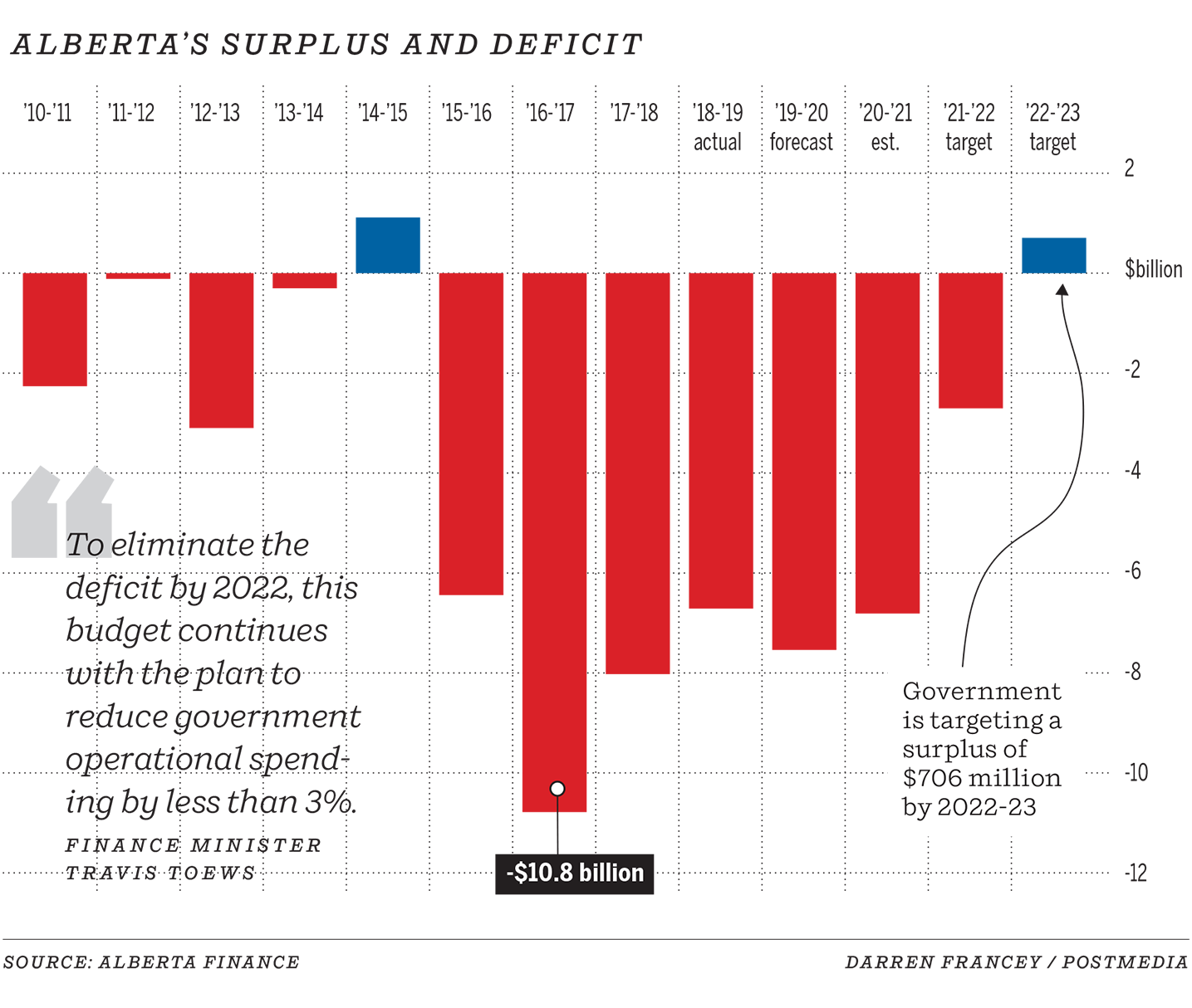 A turnaround in the economy will be led by exports and a rebound in capital spending, according to the document. Investment from outside of the energy sector remains a bright spot, while the housing market is “slowly gaining traction.”

More capital spending is projected from the energy industry, climbing by six per cent. “Oil and gas investment is anticipated to finally turn a corner,” the document states.

The strategy to cut corporate income tax rates by a third will also stimulate investment and create jobs, the government asserts.

The budget contains a pledge to increase its loan to the industry-funded Orphan Well Association, to accelerate the remediation of old oil and gas wells.

“We are advancing a further $100 million to do that,” said Energy Minister Sonya Savage. “We need to get jobs. So that’s the idea on it, to get people back to work.”

The province also expects to see employment gains in other growth areas, such as agriculture. 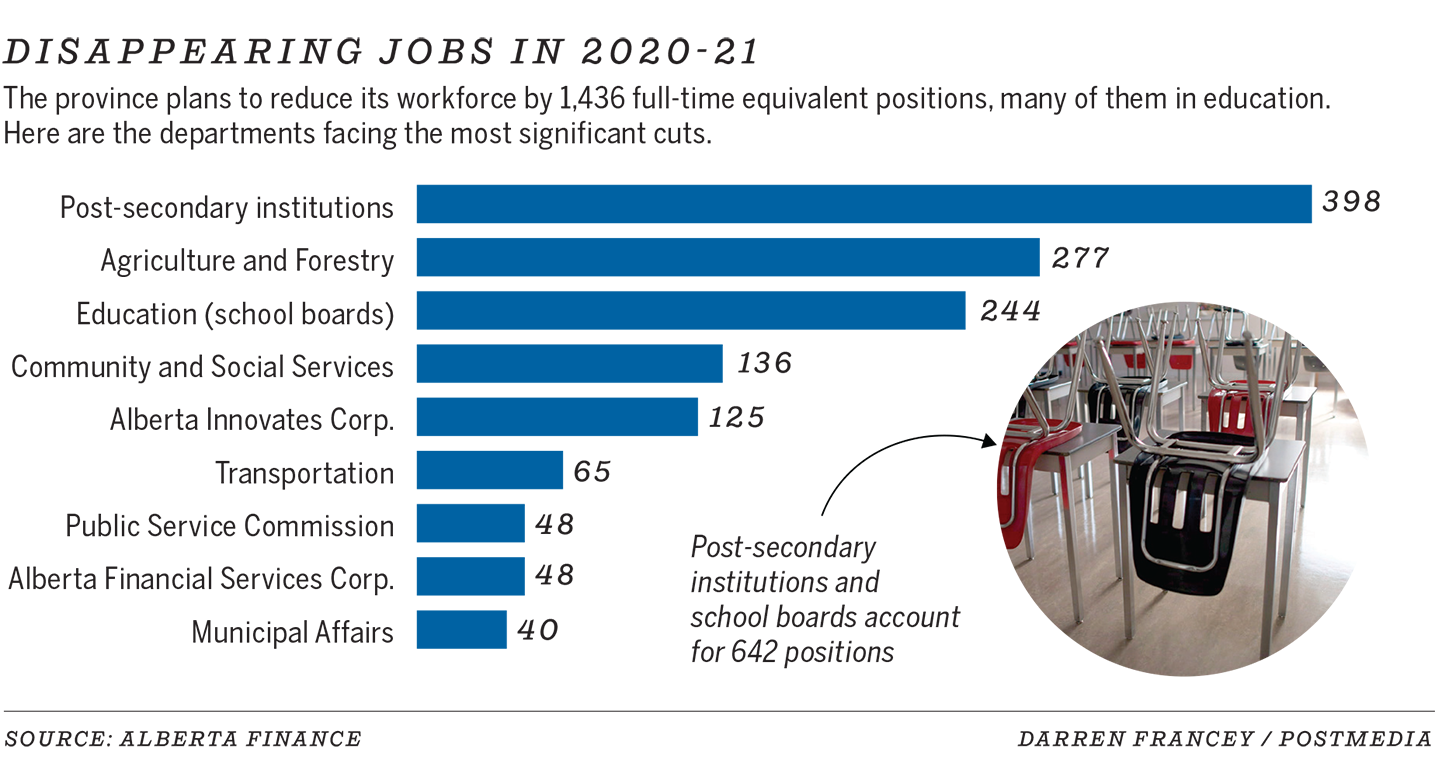 Toews said the “blueprint for jobs” strives to bring $1.4 billion in investment into agriculture and food exports over four years, creating 2,000 jobs and expanding the industry by eight per cent annually.

That would be great to see, but is that something to plan for?

As Mike Tyson famously quipped: “Everybody has a plan, until they get punched in the mouth.”

As frequent pipeline delays have shown in recent years, and now the coronavirus outbreak, uncontrollable factors can pack an economic wallop.

Toews pointed out the province will pump out at least 170,000 barrels per day of additional oil production this year, and the population is still growing, which should lock in a big chunk of the expected GDP growth.

If the province encounters volatility that erodes its revenue projections, additional fiscal restraint will happen, he stressed.

A report issued Thursday by the Conference Board of Canada predicts the Alberta economy will grow by 2.2 per cent this year, as oilpatch spending rises.

However, it sees employment growth remaining relatively flat, up a paltry 0.4 per cent in 2020, not the 1.4 per cent the province is projecting.

The think-tank projects the unemployment rate will rise to 7.7 per cent this year, and then up to 8.1 per cent in 2021, well above the province’s estimates.

“I see the job situation being pretty weak,” said Matthew Stewart, the board’s director of economics.

With demand growth for energy expected to slow down, he sees oil stuck in its current pricing range for the first half of the year before strengthening, averaging in the low $50-a-barrel level in 2020.

he big economic questions in the budget come back to investment, job creation, oil prices and the looming risks now facing a resource-powered province.

For a government dedicated to balancing its books and growing the

, it will need to see these things all go in the right direction, or there will be more tough choices ahead for the finance minister.

Previous : Seven Generations Reports $353 Million of Funds Flow and $233 Million of Capital Investments in the Fourth Quarter Of 2019
Next : Coastal GasLink protests may be ‘a dry run’ for Trans Mountain pipeline