Facing the sharpest downturn in Alberta’s history, the provincial government will soon start rolling out an economic recovery plan that will emphasize cultivating key industries and fostering greater diversification.

Premier Jason Kenney said last week the strategy will “focus on putting the pedal to the metal in terms of diversification” as the province weathers a historic collapse in oil prices and the fallout from the COVID-19 pandemic.

On Monday, Finance Minister Travis Toews said the blueprint will be released later this month, with part of the economic plan centred on expanding growth in key areas.

“We will be focusing on various industry sectors that we know have a great future in the province, certainly energy and agriculture as you would expect,” he said in an interview.

“But we also believe that we can be very competitive and we have a bright future in the tech sector, in the tourism industry and in petrochemical manufacturing.”

If ever there was a time to develop a long-term game plan for Alberta’s economy, this is the moment.

Unemployment rates have soared and many small businesses are in rough shape after generating little, or no, revenue for the past two months.

A study from the Conference Board of Canada projects Alberta will see its economy shrink by 6.8 per cent this year.

Toews called the report a realistic assessment of the state of Alberta’s economy, saying the downturn will not be measured in weeks, but months.

While a first look at the province’s initiative will occur in June, some sectoral plans will be rolled out in the coming months.

The government has been meeting with the premier’s

“They’re encouraging us to take a look at sectors that we believe the province can be very competitive in, in the future,” the finance minister said.

$7-billion commitment to see construction on the Keystone XL pipeline 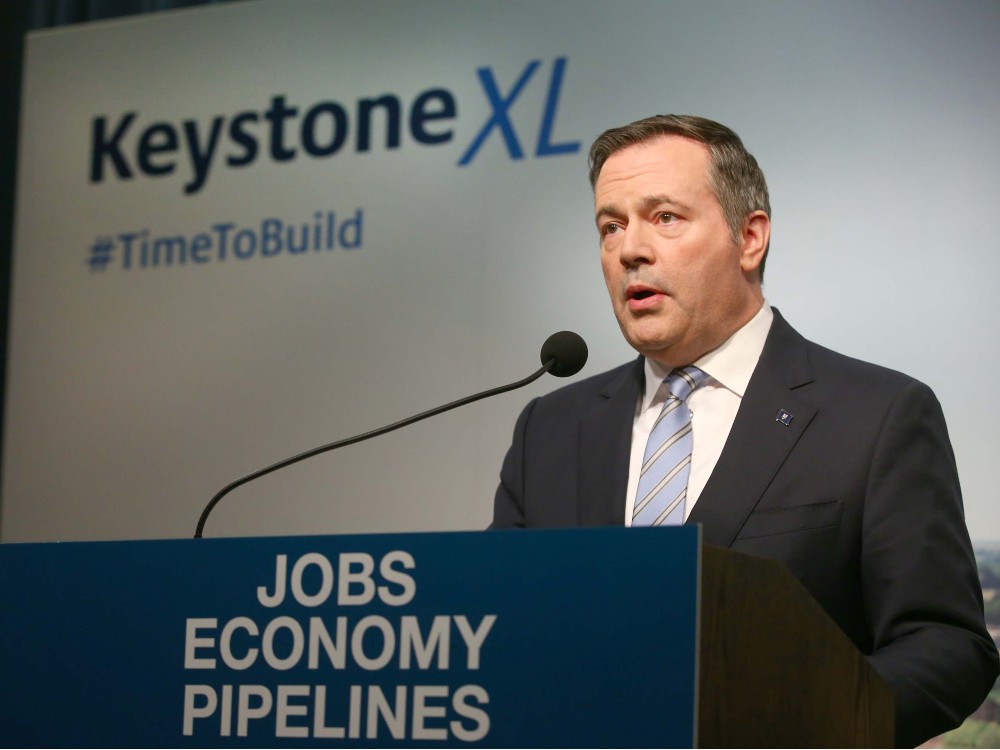 However, the long-term growth potential of the technology sector — an industry it previously seemed less interested in — as well as agriculture and petrochemicals, can’t be ignored.

The provincial budget released in February pointed out the number of technology firms in the province has increased by 87 per cent since 2009.

— including those designed to promote growth in areas such as interactive digital media and clean technology — triggering criticism the province wasn’t serious about promoting the industry.

“We need to be looking at ways to broaden the economy,” said NDP MLA Shannon Phillips. “It’s just lovely that he wants to put the pedal to the metal now … You are starting from way further behind.”

Those in the technology industry are anxious to see the details.

Growth in the sector will happen, but it should encourage outside investment that will spur small and mid-sized technology companies to expand, as well as larger enterprises, said Tom Short, founder of Calgary-based software firm Kudos Inc.

“If you want to create a stable economy, you need not just the home-run scenarios … but need to also encourage a whole ecosystem of technical entrepreneurship,” said Short, a member of Tech West Collective group of local technology companies.

Diversification is a political mantra that frequently surfaces in Alberta, usually picking up momentum when times are tough and oil prices are falling.

But in terms of employment, the province is no more concentrated in its top industry than other provinces are in their largest sectors, noted University of Calgary economist Trevor Tombe, who has studied the issue.

“For recovery over the medium term, I think my focus there would be on policies that improve the overall business environment of the province, rather than trying to pick winners or losers in one activity,” Tombe said.

Creating the right conditions is critical. Allowing innovation to flourish is also necessary as the economy changes.

In an interview, Mintz pointed out Alberta has a well-educated workforce that is entrepreneurial and innovative and he expects the province will likely see “growth in sectors we would not have even predicted.”

“To me, the key is not diversification per se, it’s pursuing growth opportunities for the whole province,” he said.

Measures that nurture growth in areas such as petrochemicals, renewable energy and clean tech can also play off Alberta’s existing strengths.

“Broadly, what we need is a very ambitious outlook on innovation and technology in Alberta,” said Van Wielingen, noting he’s speaking for himself, not the council.

“We have to look at where we are strong, where we have a natural advantage and try to leverage off them and try to bring more technology into them.”

For Toews, the province also sees opportunities in agriculture and, over the medium and longer-term, tourism, to attract more investment and create jobs, while energy will continue to be core to the province.

He said the government’s primary economic role is to create the most competitive business climate it can “and then you will see capital move to the industries and sectors that have a future. And that will result in sustainable diversification … Whether it’s the tech sector or whether it is tourism, we believe there is an opportunity here to see additional diversification in our economy.”