Some love Donald Trump, while others despise him. The main thing these two groups have in common is they are unlikely to be convinced the other is correct. This article is not about trying to change the mind of anyone on either side of that divide because that is a pointless endeavour.

It is however about something that should be galling, frustrating and disappointing to Albertans in either camp. That is the indisputable fact that Donald Trump has delivered more positive results for the Alberta economy than our own current leaders at either the provincial or federal level.

His defenders see our own leaders as comparatively weak and unwilling to stand up and fight for Alberta and Canada’s economic interests rather than endlessly virtue signal to the rest of the globe. They admire President Trump’s focus on delivering economic gains for his own people regardless of what the rest of the world thinks and wish we had leaders doing the same for us. Imagine how frustrating it must be for people in this group to see that the side effects of what the Trump Administration is doing for America are more beneficial to Alberta than anything our own quisling leaders can manage.

His detractors see our own leaders as representing our best qualities of selflessness and tolerance blended with pragmatic approach to governing. They dislike President Trump for his many real personal faults (and even more imagined ones) and see every policy he supports as having been conjured up in the fires of Mordor to exploit and endanger every poor marginalized group in America and around the world. Imagine how frustrating it must be to people in this group when that orange imp of a Saturday morning cartoon supervillain is solely responsible for the single biggest benefit any government has delivered to Alberta in the last two years.

Earlier this week we were reminded of that most important benefit as the Keystone XL pipeline passed its (hopefully) last regulatory milestone in Nebraska. After it was delayed and finally denied throughout the entire Obama Administration, President Trump gave it a presidential permit just two months into his term. Also significant for Alberta, were the presidential permit to the Alberta Clipper expansion in October and the accelerating expansion of the US economy which has been aided by the trimming of unnecessary regulations and expectation of tax reform currently being advanced through congress. 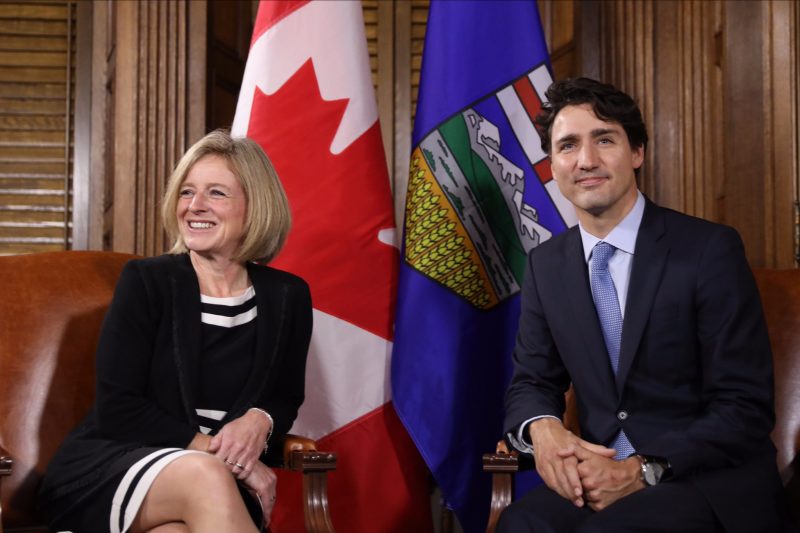 The Alberta government raised almost every existing tax on the books in Alberta, and changed and added multiple regulations that increase costs for every business in this province, then topped it off by adding a massive new carbon tax premised on the idea of gaining a mythical and as yet unachieved “social license” to get our product to market. The head of that government is someone who as recently as September 2015 said she agreed with Clinton’s opposition to Keystone XL, but now pretends to support it and stops just short of taking personal credit for it gaining approval under the current administration. Trump lovers and haters have to agree that our “social license” would not have in any way affected his decision to approve Keystone XL. To top it all off, despite all the new taxes, the NDP is running massive deficits due to increased spending that will require decades of restraint in order to pay off in our recently debt free province.

Meanwhile we have a Liberal Canadian federal government whose first action upon coming to power was to enact a tanker ban on the northern BC coast that killed any chance of the Northern Gateway pipeline being built even before they officially dropped the hammer on it, and followed that decision up this year by creating a new framework for NEB pipeline reviews that ultimately killed the Energy East project and will make it more difficult to develop any future pipelines in this country. At the same time they’re making it more difficult to grow small businesses and mandating nationwide carbon pricing that would disproportionately affect Alberta. For all this, in place of the supposed image of new, cool, worldly Canada, we get pretty socks and international embarrassment.

Love him or hate him, Donald Trump has done better for Alberta than our own leaders, and that should make us all angry.

Previous : /R E P E A T — Media Advisory – Boralex – Release of the 2017 Second Quarter Financial Results/
Next : This $16B Alberta-B.C. oil pipeline has First Nations backing — but it may still never get built