The increasingly tense labour standoff involving workers at a Regina refinery complex has turned into one of the ugliest contract disputes in recent Canadian memory, but the employer at the centre of it is not a wealthy private firm or a faceless multinational corporation.

Rather, it is Federated Co-operatives Ltd. — a Prairie-based member-owned co-operative that, according to its own website, “does business differently” — that is embroiled in the acrimonious fight. And as tensions escalate by the day, the seeming contradiction of a bitter lockout at a company that prides itself on “co-op values” is raising a few eyebrows.

The dispute between FCL (the wholesaler that provides fuel and food to member co-ops across Western Canada) and Unifor (which represents workers at the Regina Co-op refinery) began in December when FCL locked out more than 700 workers after they voted overwhelmingly in favour of a strike. The main issue is pension plan changes the company wants to make.

Since the initial lockout, the situation has escalated. In Regina, Unifor members erected a barricade around the refinery and prevented fuel and chemical trucks from accessing the facility for weeks. Regina police dismantled part of the barricade on Friday, in accordance with a court order.

Earlier this month, the dispute spilled over into Alberta, with union members

. FCL was successful in seeking a court injunction ordering those barricades be taken down. 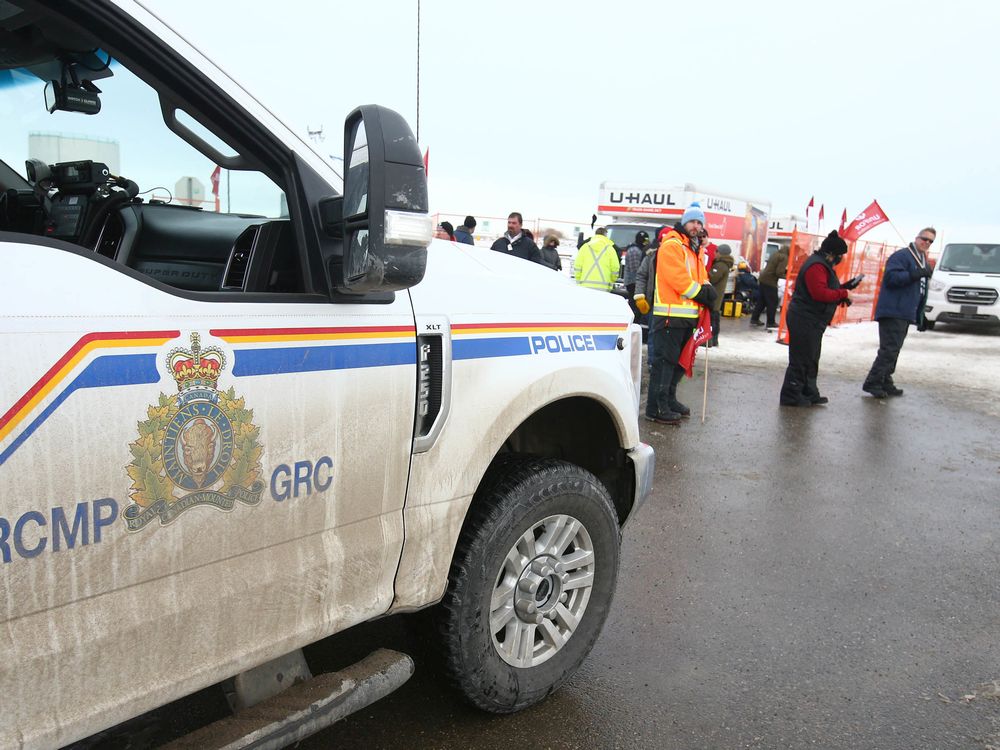 FCL has said it will not negotiate as long as the barricades are in place, and has been operating the refinery with flown-in replacement workers. In response, Unifor has called for a Prairie-wide boycott of Co-op stores, a call that is being heeded by some Co-op members.

Trent Johnsen, a Calgary Co-op member who identifies as a “social progressive,” said he won’t spend any more money at Co-op until the situation is resolved.

“I like to see people paid well with good benefits and participating in profitable companies,” Johnsen said. “Obviously something is wrong there if these workers are out there trying to blockade their place of work.”

“Personally I’ve quit buying Co-op fuel,” said Glenn Norman, who farms near Bowden, about 100 kilometres north of Calgary, and is a vice-president with the National Farmers’ Union. “This (lockout) has altered my perception of Federated Co-op. I don’t really see them as looking after the interests of the community anymore. I see them as just wanting to be a big corporation.”

Scott Walsworth, associate professor of industrial relations at the University of Saskatchewan and a practising labour mediator, said just like last winter’s five-month-long strike by United Food and Commercial Workers Union employees of Saskatoon Co-op, the refinery dispute will likely affect some members’ perception of the Co-op brand.

“It’s a very carefully crafted perception on Co-op’s part, that they are some sort of wholesome business that are good community partners,” Walsworth said. “That public image definitely takes a beating when their workers are out on the picket line.”

Co-op is an increasing rarity in today’s world, Walsworth added, in that employees at its refinery as well as its food stores, gas bars and home centres are unionized and receive good pay and benefits. Still, that means it must compete with competitors whose labour costs are lower.

It also means some Co-op shoppers may not feel much sympathy for the striking workers, especially when those workers utilize tactics that have been condemned by the courts.

“I would bet there’s a lot of people out there who are saying, ‘look at these bums, they’re making close to $100,000 and they’re complaining their pensions aren’t good enough? I don’t even have a pension,’ ” Walsworth said.

It’s precisely that sort of sentiment that led protesters with United We Roll for Canada to visit the Carseland terminal this week, where they refuelled their vehicles and blared their horns at pickets. Protest organizer Glen Carritt said he has far more sympathy for the farmers and truckers who are being blocked from filling up with Co-op fuel than he does for union workers. 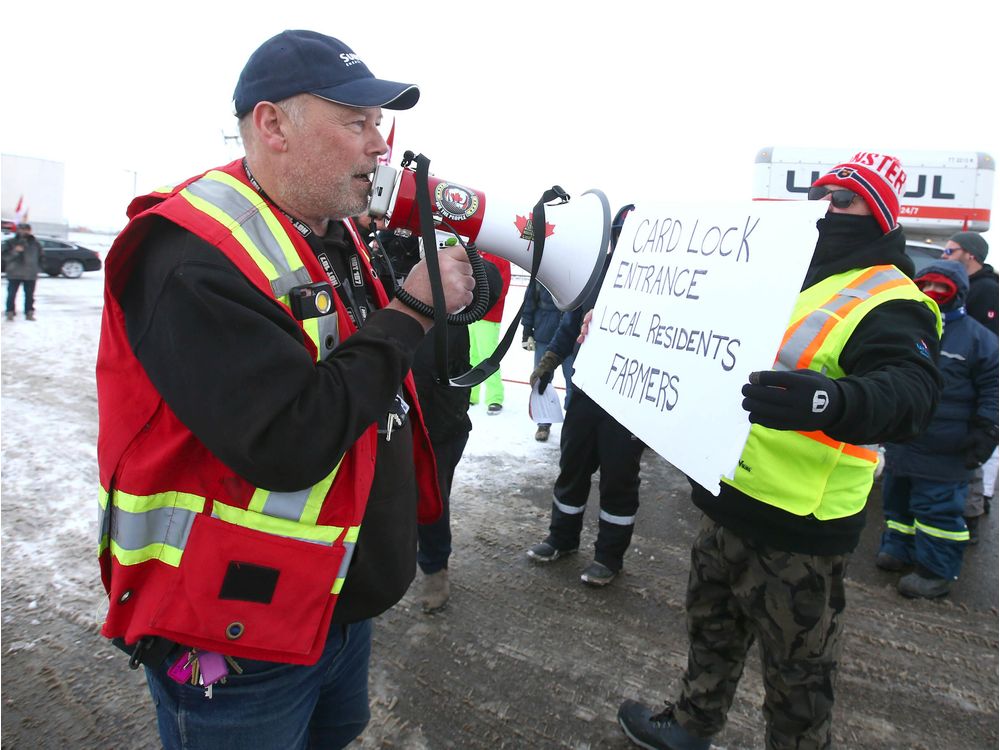 “These people are already making good money,” Carritt said. “In this day and age, with the way the oilpatch has gone with people losing their jobs or taking huge cuts … these (workers) need to appreciate the fact that they have a job and stop with the union greed.”

Vic Huard, FCL executive vice-president, said values like integrity and community responsibility remain close to the heart of everything Co-op does. But he said it’s important to remember that FCL is also a for-profit company — and if it doesn’t work hard to stay competitive, it won’t have any profits to distribute to member co-ops or the people who shop there.

“Nothing about our stance in this dispute runs contrary to my deeply held co-operative values. I can say that unequivocally,” Huard said, adding he expects the union will continue to escalate in the coming days.

Huard said FCL held a conference call with 130 managers and CEOs of its member retail co-operatives Friday and found universal support for their actions.

“The message was, ‘stand strong, we recognize what a pivotal moment this is in the history of our co-operative and we stand behind you,’ ” he said.

For the union’s part, western regional director Gavin McGarrigle said Unifor’s hand was forced the moment FCL locked its workers out and brought in replacement workers, something that is viewed as a heavy-handed tactic early on in a labour dispute.

“In the past few months, we’ve bargained contracts with Air Canada, CN, CP — big, large employers who are following all of the rules and trying to work on a relationship. But the actions of this Co-op have been off the charts,” McGarrigle said. “This isn’t really about the pension — this is about them trying to break this union.”

Previous : ‘Not looking for a Trudeau handout’: Alberta spurns notion of bailout in lieu of Frontier mine approval
Next : Four more people opposed to northern B.C. gas pipeline arrested: police